Singapore Post will issue a single stamp on 8 August 2015 as a joint issue with the 9 other ASEAN countries (Brunei Darrusalem, Malaysia, Myanmar, Cambodia, Laos, Vietnam, Thailand, Phillipines and Indonesia). The design which depicts the flags of the ASEAN member states was produced by Vu Kim Lien of Vietnam and Singapore's Leo Teck Chong and lithographed by Secura Singapore. Rating:- **** 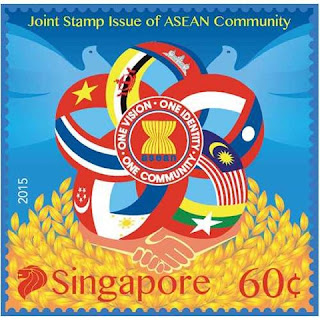 The day before, on 7 August 2015, Singapore Post will issue 2 x $1.30 vertically se-tenant stamps on the subject of Singapore Botanical Gardens as a UNESCO World Heritage site. The issue was designed by Eng Siak Loy and lithographed by Secura Singapore and birds and mammals make up part of the design. Rating:-   ***** 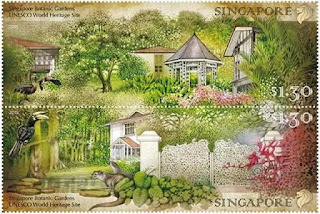 Singapore Post also issued a pair of stamps joined by a label on 3 June 2015 which commemorated the Singapore 2015 World Stamp Exhibition to be held in August. The stamps depict the 1960 National Day stamps which had the common design of the national flag of Singapore. These stamps were designed by Willie Chan (Will Marketing Design) and lithographed by Cartor with an accompanying "Collectors' sheet" being printed on silk fabric (previously mentioned and illustrated in Blog 595) Rating:- *** 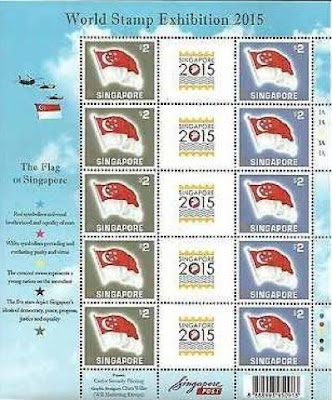 Norfolk Island Post issued a booklet of 10 different self-adhesive stamps on 1 June 2015 on the subject of Pine trees. Stamps in these designs were originally issued on 29 September 2014 in the value of 70c but the booklet is now reissud in the 15c local postage rate. Rating:- *** 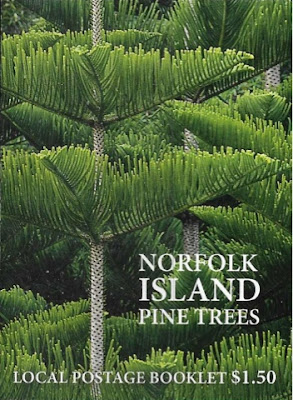 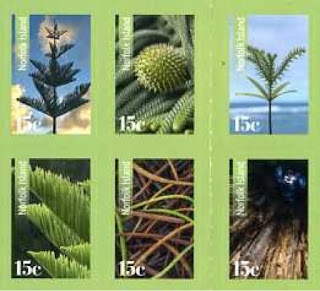 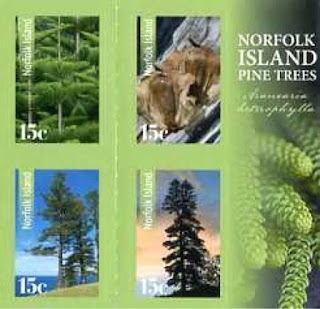 The Niue postal administration will issue a set of 4 stamps and 1 miniature sheet on 5 August 2015 on the subject of traditional weapons of Niue. The issue was designed by New Zealand Post and lithographed by Collectables And Solutions Centre, Whanganui. Rating:- ****

Stamperija has released yet another set of philatelic products with the name of Sierra Leone printed on them. The stated "date of issue" is 26 June 2015 and the issue takes the form of 10 sheetlets, each of 4 different "stamps", with 10 accompanying "miniature sheets". The subjects featured on these products are:- Nelson Mandela, Formula 1 motor racing, 70th anniversary of the end of Second World War (or according to the miniature sheet inscription - 150th anniversary of the end of World War II (!) - apparently Stamperija believes that World War 2 ended in 1865!), Elvis Presley, Mahatma Gandhi's return to India, Centenary of the Endurance Expedition, Pope John Paul II, Bicentenary of the Battle of Waterloo, Sir Winston Churchill and Louis Pasteur. Rating:- 0. 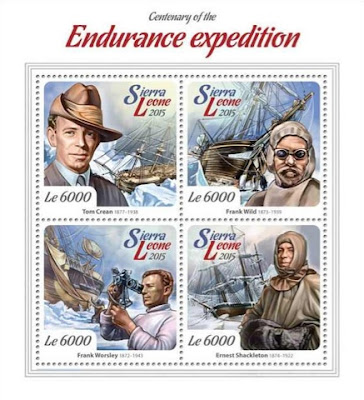 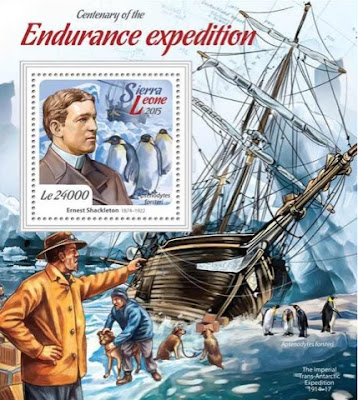 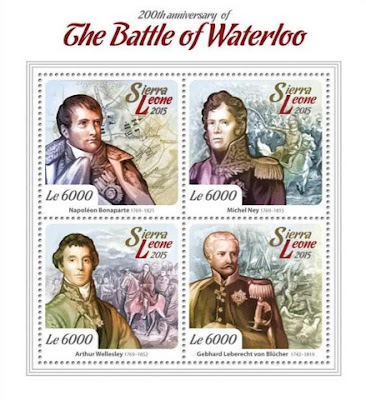 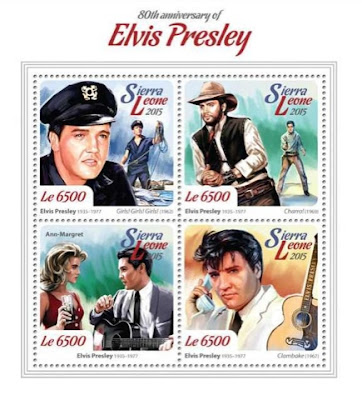 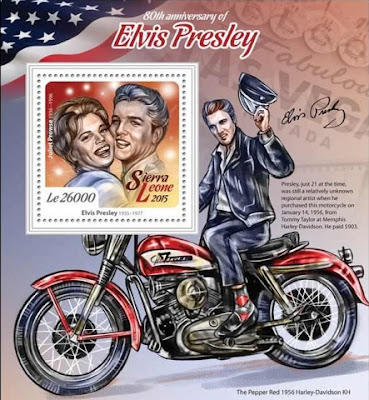 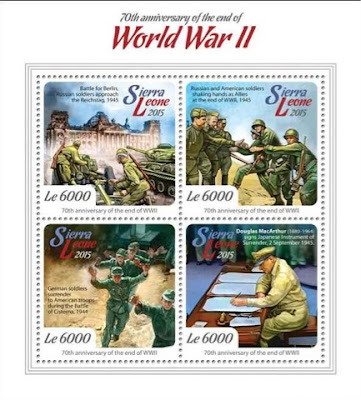