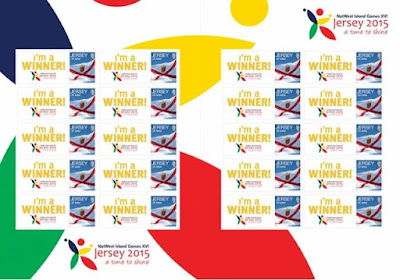 As world sporting events go, the 16th Natwest Island Games, which was held in Jersey from 27 June 2015 to 3 July 2015, is probably not at the top of the list of great sporting occasions of 2015. Of course it is much more notable to the small territories which participate in the event and most particularly to the host itself and it is not surprising to find that Jersey commemorated the Games with a stamp issue. It is not a particularly modest issue comprising as it does of 14 different stamps (see Blog 560), each depicting one of the sports which make up the Games.
But not content with this large but straightforward stamp issue, someone at Jersey Post, has come up with the immaculately brilliant idea of producing not one but 14 Smilers sheets, each priced at £15 (!) and each devoted to the subject of a different sport - incredibly that makes a total cost of £210! These items were put on sale on 23 June 2015 and consist of 20 x local letter rate Jersey Arms stamps (actual face value being  £9.40 so that the actual total face value of 14 sheets is £188 which gives a mark up on the face value of the 14 sheets of £22).
A 15th sheet was also put on sale to collectors on 27 June 2015 which included 20 x UK rate Jersey Flag stamps which is sold for £17.50p (Illustrated at the head of this Blog). The total face value of the 20 stamps in this sheetlet is £11.40p so that the mark up on the item is an unbelievable £5.10p (value added tax also has to be added to the cost of all the above items). The purpose of this sheet was that a personalised example would be presented to each gold medal winner at the Island Games and along with this generic versions would be produced for collectors to add to their collections.
All of these sheets are self-adhesive and lithographed by Cartor/International Security Printers. The "Triathlon" sheetlet has 3 different labels in the sheet while all the other sheets include labels all of a single design throughout the sheets. 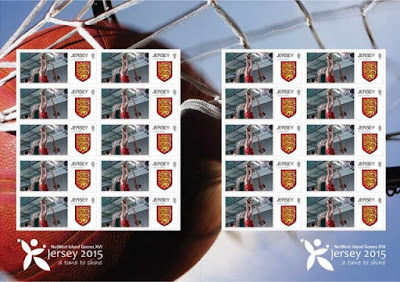 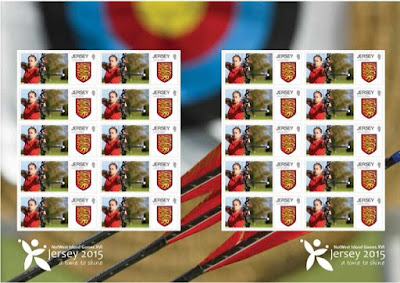 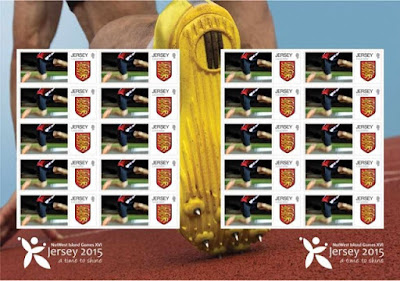 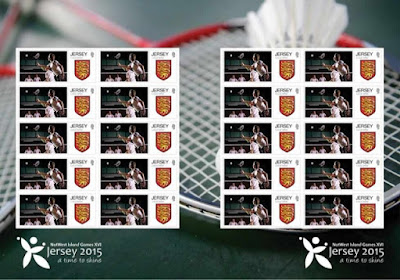 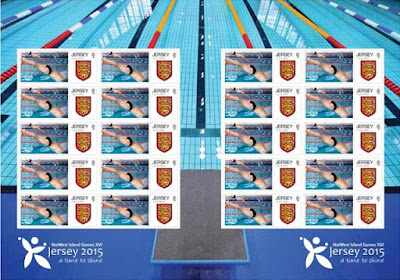 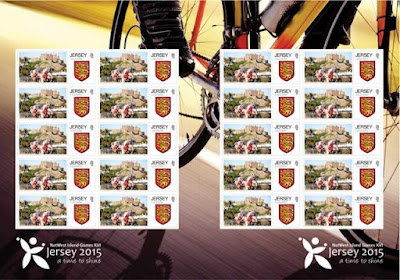 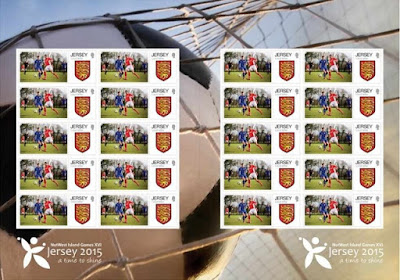 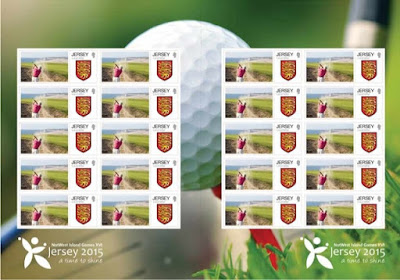 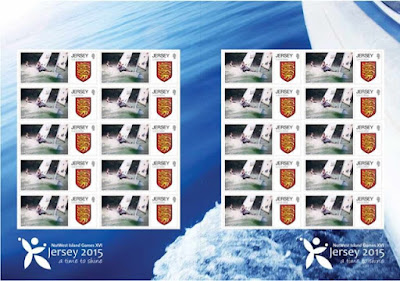 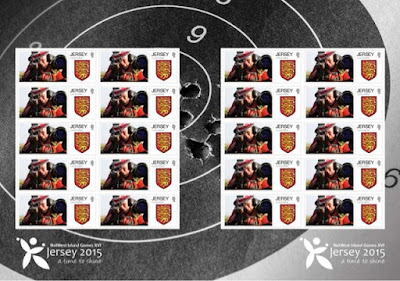 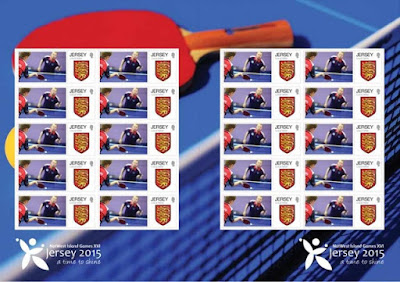 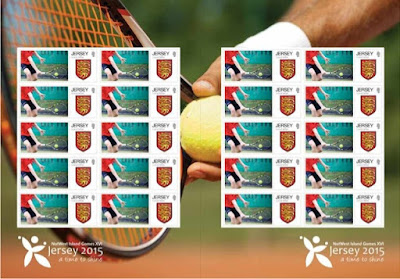 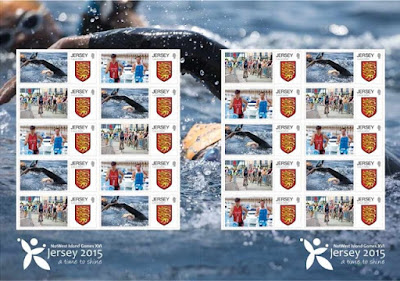 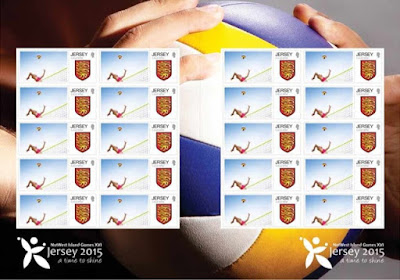 Is it just me, or have the people who thought of producing all this stuff completely lost all sense of reality? At what point does Jersey Post end and Stamperija begin?

Meanwhile, Malta Post has announced that its Euromed stamp will be released on 9 July 2015. The design, by Sean Cini, follows the theme of Boats of the Mediterranean but is different from that of Cyprus Post which I have depicted previously in Blog 593 and which showed 4 different boats at sea with the island of Malta concealed by one of the vessels - presumably that would have been unacceptable to the Maltese postal authorities. The stamp was lithographed by Printex of Malta.
The face value is rather high at 3.59 euros and the Malta Post philately on-line shop has marked up the sale price to 4.24 euros - perhaps this is something to do with value added tax - if it is just additional
profit for Malta Post then it is wholly unacceptable since a stamp collector who buys the item is highly unlikely ever to use the stamp for any postal purposes. It may be that if collectors buy the item through the WOPA website then it will be available at face value.
As I wrote in Blog 593, the choice of "Boats" as a theme for these issues, given what is currently happening on an almost daily basis in the Mediterranean, is in someways apt but is also in rather poor taste:- 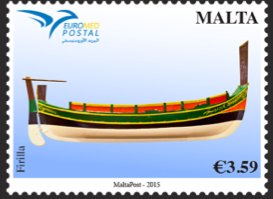