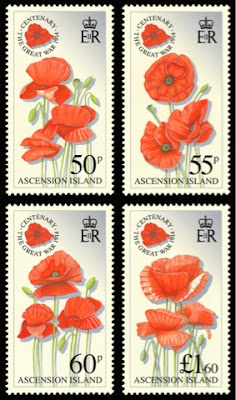 Two new sets on the subject of the centenary of the start of the First World War from the Pobjoy Stamps stable will be released on 4 August 2014 - from Ascension and Tristan Da Cunha. Both sets were designed by the veteran stamp designer, Derek Miller, and lithographed by BDT International. 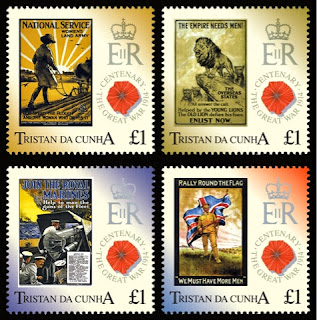 Continuing with the First World War centenary issues, in Blog 391 I mentioned 4 stamps and 1 miniature sheet which were issued on 24 March 2014 by the IGPC philatelic agency in the name of St. Vincent And The Grenadines to commemorate the anniversary but it appears that there is a further sheetlet of 4 different stamps and 1 miniature sheet which contains 2 different stamps which recall the novel, play and film "War Horse" by depicting the role of horses in the conflict. The miniature sheet is rather unsettling with the depiction of both horses and riders wearing gas masks:- 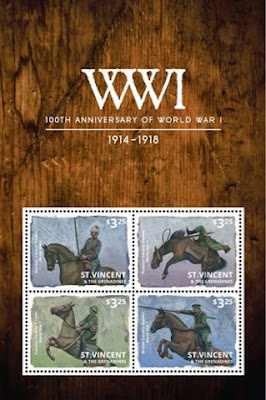 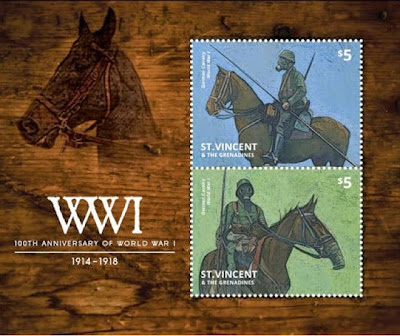 I repeat the illustrations of the other St. Vincent sheetlet and miniature sheet for convenience of reference:- 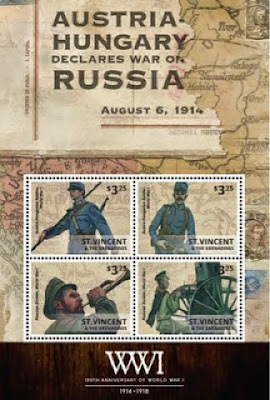 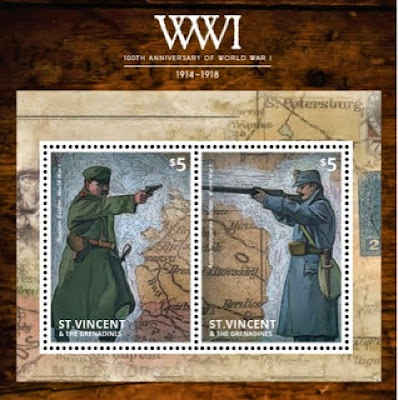 Gibraltar will issue a set of 4 stamps and 1 miniature sheet on 2 June 2014 on the subject of another important anniversary of 2014 (so important that Royal Mail has chosen to ignore it) which is the 450th anniversary of the birth of William Shakespeare. The stamps were designed by Stephen Perera and lithographed by Cartor:-

Each stamp features a Shakespearean quotation - all very familiar - what a pity some less well-known but equally clever quotations were not used. The designs are interesting however because of the use of different portraits of the writer that feature in them but I wish that the stamps were a little more colourful. 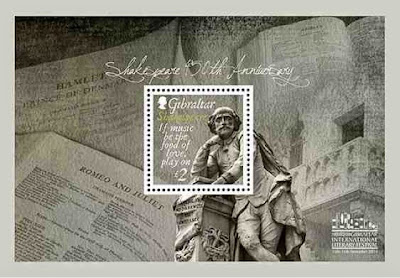 Stamperija has announced its first items produced in the name of Mozambique for 2014. The "date of issue" is 25 February and numerous subjects are featured on the total of 16 sheetlets, each of 4 different stamps, and 16 miniature sheets. The vast outpouring is mainly distinguished by the lack of direct relevance any of the featured subjects have to Mozambique itself. For the record, the 14 sub-issues commemorate the FIFA Football World Cup Competition to be held in Brazil in June 2014:- 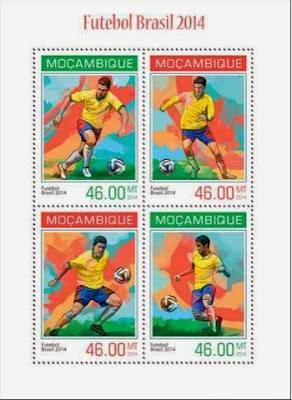 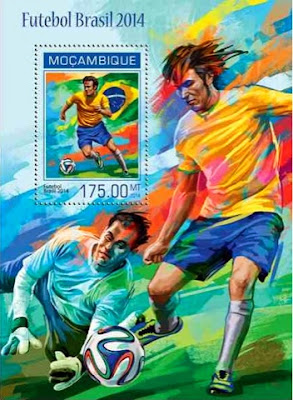 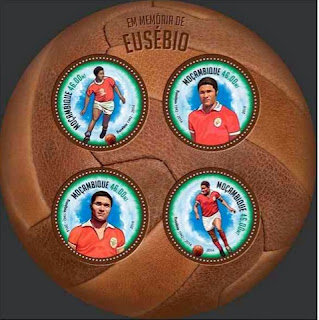 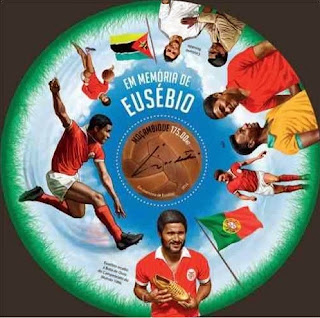 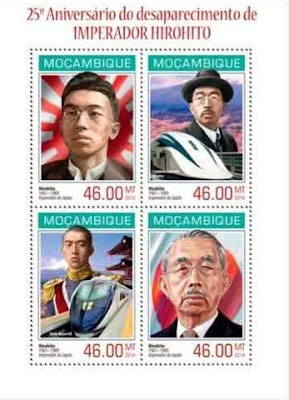 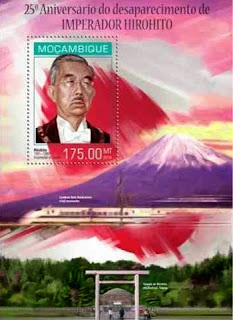 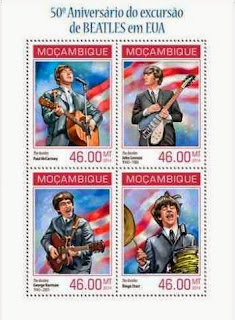 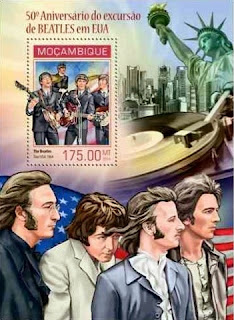