612. Those Killer Penguins Are Back Again. 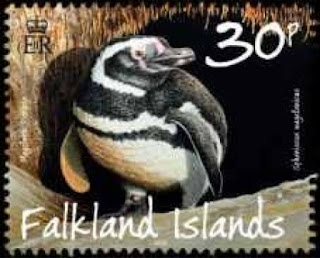 Those notorious killer penguins are back again as The Falkland Islands postal administration releases its 4th set in its series of "Penguins Predators And Prey" stamps. This time the unfortunate Falkland Sprat is depicted to represent our killer penguins' prey (75p value) while the Falkland Skua is depicted on the £1 value representing nemesis for the penguins - the skua likes nothing more than a meal of penguin chick or penguin egg (though it does partuclarly enjoy the variety of texture served up in a meal of penguin chick!). The species of penguin featured in this issue in particular is the Magellanic penguin and this wonderful, original set of stamps, to be issued on 21 August 2015, has been designed by Tony Chater and lithographed by BDT International. Of course the splendid issue originates in the Creative Direction/Pobjoy Stamps stable. Rating:- *****. 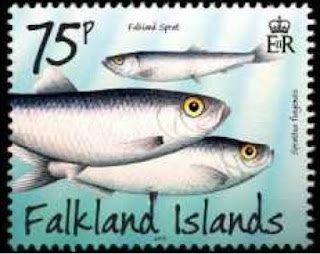 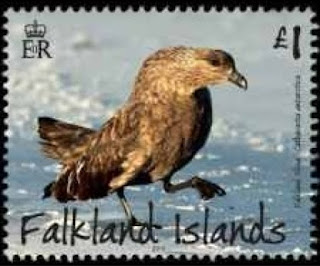 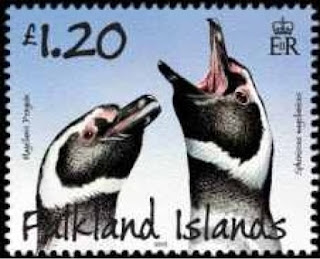 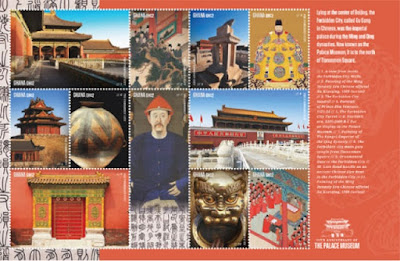 I rarely mention stamps from territories outside of The Commonwealth but I can not resist mentioning here a stamp issued on 13 May 2015 by the postal administration of French Polynesia which commemorates the 250th anniversary of the discovery of The King George Islands by the British explorer, John Byron, who landed on the islands in June 1765 during a circumnavigation of the globe in HMS Dolphin which lasted from 1765 to 1767. In the previous year he had landed at The Falkland Islands and claimed them for Great Britain and during the same voyage he would also visit Tokelau, the southern Gilbert Islands (Kiribati) and the Northern Marianas.
He had fought in the Seven Years War and would also fight in the American War of Independence at the Battle of Grenada in July 1779. He was known as "Foul weather Jack" because of his frequent encounters with bad weather whilst at sea. He reached the rank of Vice Admiral. Given his interesting story of exploration and service to the Royal Navy, we may expect to see him make another philatelic appearance at some time in the future - hopefully on a stamp of one of the Commonwealth territories he visited.
The King George Islands group consists of 4 atolls and 1 island and is a subgroup of the Tuamotus Islands. The islands were claimed by the French as recently as the 1880's. The stamp has an unusual design in that it is an issue of one of the Francophone territories which do not usually make a habit of depicting Royal Navy ships flying red ensigns landing their crews on what was to become French territory. The stamp was also issued in a miniature sheet which includes another stamp which commemorates the 180th anniversary of the translation of The Bible into Polynesian by Henry Nott, a British missionary:- 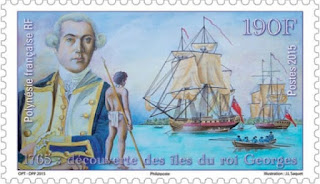 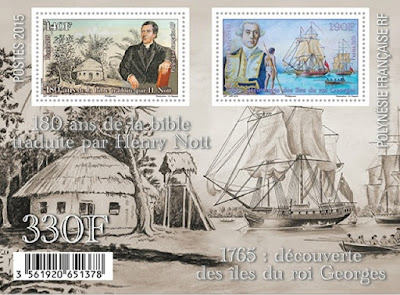 Sticking with the Pacific Ocean area, Philatelic Collector Inc. issued a set of 51 stamps (yes 51) on 5 August 2015 to commemorate the 50th anniversary of self-government in The Cook Islands. The issue takes the form of 1 x $1 stamp with 4 accompanying sheetlets (a.10 x 10c, b. 15 x 30c, c.15 x 40c and d. 10 x 50c values) - each sheetlet stamp depicts a different "meaningful" Cook Islands stamp issued during the past 50 years. At least the face values of the individual stamps are low which means that the total face value of the set is tolerable despite the large numbers of stamps being released in this issue. Rating:- *. 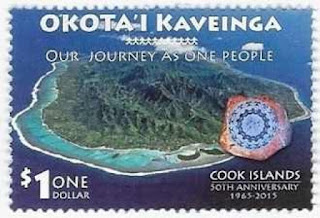 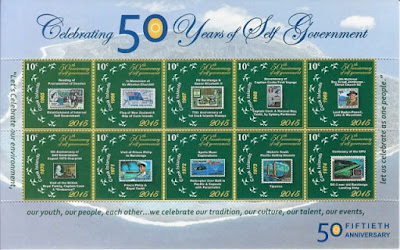 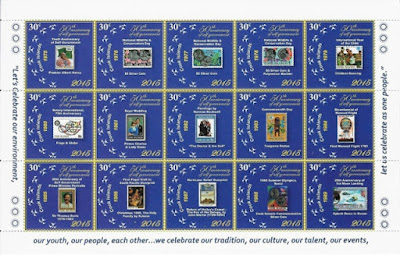 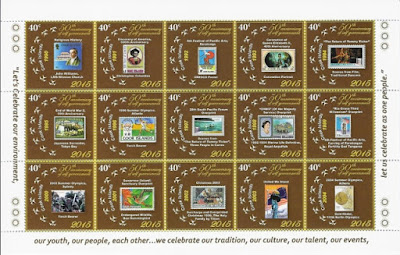 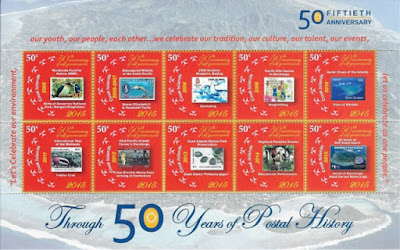