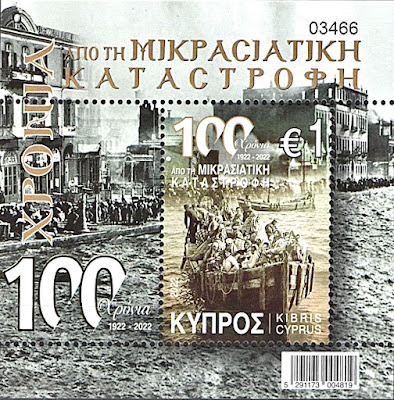 In the wake of the First World War and the collapse of the Ottoman Empire war broke out between Greece and Turkey. The Greeks hoped to establish a state taking in territory both in Europe and Asia Minor. In May 1919 Greek forces were sent to Smyrna to protect those of Greek heritage who lived there and secured the town and the coastal areas of Asia Minor. At this stage conflict broke out between Greek royalists and those supporting the former Greek prime minister Venizelos and in consequence the army was purged of the supporters of Venizelos. The Greek Army became isolated in central Turkey and was defeated by Ataturk’s forces. The army was forced to retreat to the shores of the Aegean and tens of thousands of Greek and Christian residents fled with them fearing they would be massacred by the Turks.

In September 1922 the Turks burned Smyrna to the ground and massacred thousands of Greeks and Armenians who were in the destroyed city. It was estimated that hundreds of thousands of Greeks were killed at this time. A pro-Venizelos revolution broke out on board the Greek naval ship Lemnos among the officers of the Second Army which had been evacuated from Smyrna and this spread to Athens. The king was exiled and the officers and politicians who were seen as being responsible for the defeat in Asia Minor were put on trial and executed with only the British government protesting at this action.

1650000 Greek Orthodox Christians fled from Turkey while while 650000 Greek Muslims escaped from Greece to Turkey fearful of reprisals against them. As a result of the influx of refugees from Turkey the population size of both Athens and Thessaloniki doubled in size. For the first time in 3000 years there was no Hellenic presence in Asia Minor. 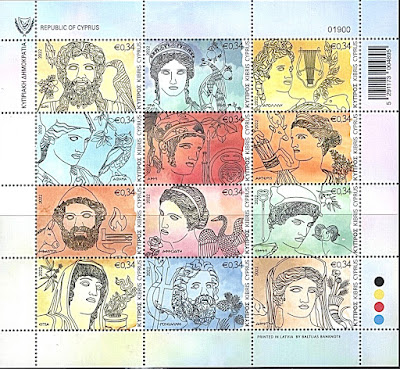 🇱🇹 Stamperija (Lithuania-based producer and vendor of paraphilatelic products with contracts from some Commonwealth postal administrations allowing it to produce items on their behalf).

1 September 2022 - Sinking of the Russian warship Moskva by Ukrainian forces - 2 ‘stamps’ produced in 2 sheetlets of 6 and 2 miniature sheets. Rating:- 0. 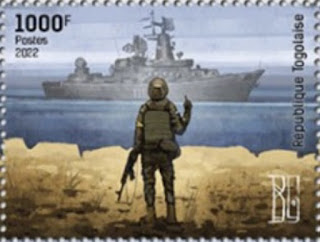 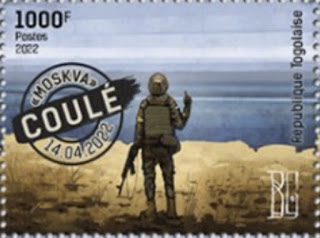 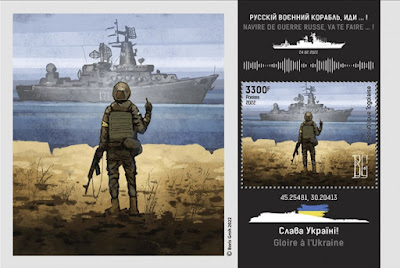 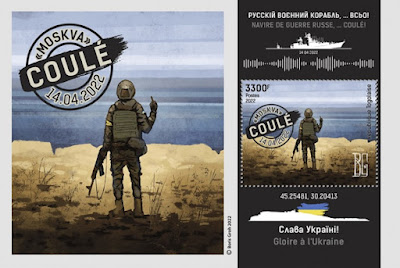 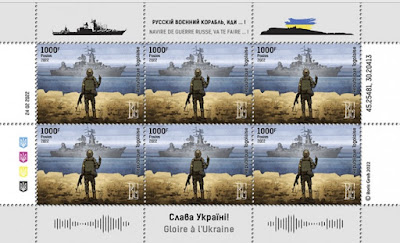 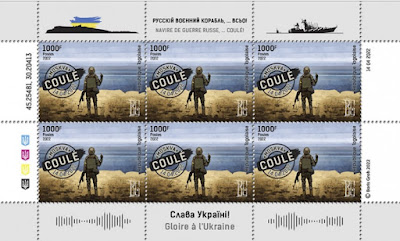