2151. 🇺🇸 IGPC Rushes To Cash In On Royal Memorial Issues. 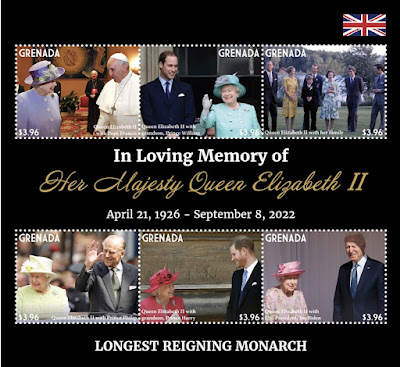 Products described as “honoring (sic) Her Majesty Queen Elizabeth II” following her death at the age of 96 on 8 September 2022. Her Majesty was the Head of State of the three countries whose forthcoming stamps are shown below. The dates of issue have not yet been specified.

It is a pity that this notorious stamp agency, always keen to cash in on whatever subject it may, did not have respect enough to wait until after Her Majesty’s funeral on 19 September before announcing these products. It’s a pity too that it included a Union Jack in the designs of these items rather than the national flags of each of the respective countries since Her Majesty was Head of State of each one of them. 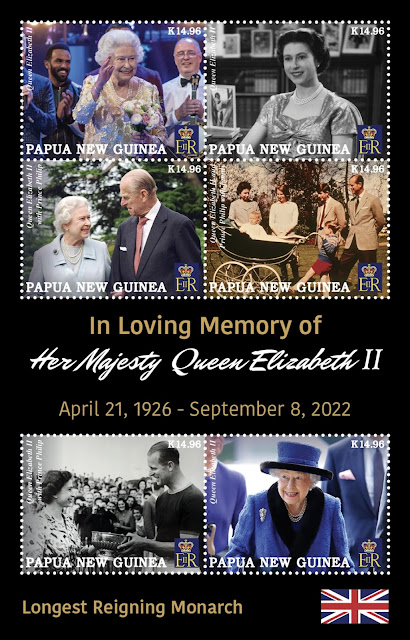 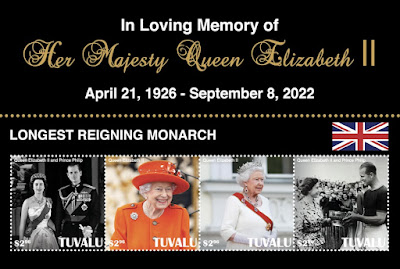 I like this tweet by BAT Government showing the proclamation of Charles III as king which was reported on Twitter on 13 September 2022. I hope that Creative Direction might consider using the photograph, if it is accessible, as part of any set it produces for the government of British Antarctic Territory to commemorate the new king’s accession or coronation. 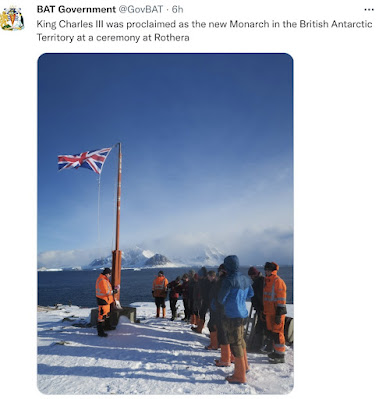