9 August 2022 - The official poster of the FIFA World Cup Championships to be held in Qatar in 2022 - 1 miniature sheet. Designed by Abdellatif Zolam of Qatar Post. Lithographed by Cartor. Rating:- ***. 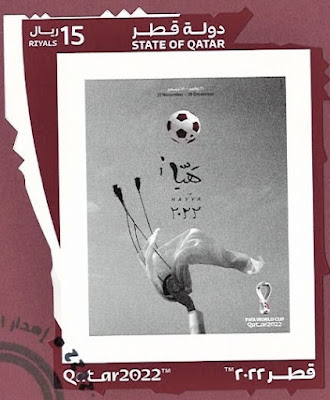 Several post boxes across the United Kingdom were painted by Royal Mail to commemorate the hosting by the City of Birmingham of the 22nd Commonwealth Games from 28 July to 8 August 2022. The postbox in the host city itself is located in one the main thoroughfares, New Street, and as of now (27 August) the postbox retains the commemorative markings applied to it. This postbox has previously received similar daubings on the occasion of the hosting by England of the Cricket World Cup in 2019 (see Blog 1479).The box is paired with a parcel postbox which was not decorated on either occasion. 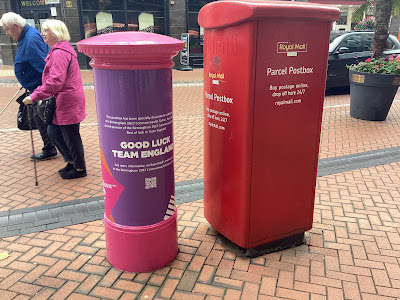 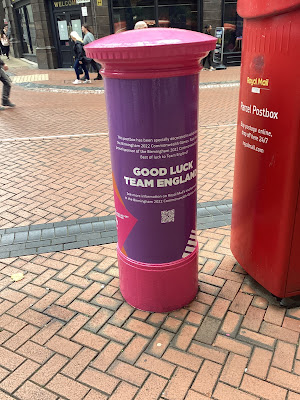 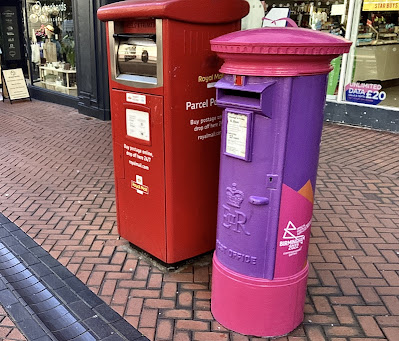 Commonwealth entities whose postal services are not yet known to have issued, or to have had issued on their behalf, any legitimate postage stamps so far in 2022 or in the case of Gabon and Togo from 25 June 2022 which is when they joined The Commonwealth -