2055. 🇫🇰 As Putin’s Invasion Of Ukraine Falters It Is The 40th Anniversary Of Another Failed Invasion By A Dictator 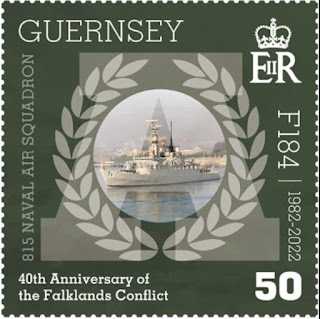 🇫🇰 🇺🇦  News from Ukraine comes daily of the growing humiliation of the Russian dictator Putin as his forces which have invaded his neighbour falter time and time again and are forced to withdraw from the cities which they have been attacking so savagely. It now seems he will concentrate on taking control of eastern Ukraine so that he can annex it to Russia as he did in 2015 with Ukrainian Crimea (an annexation accidentally acknowledged by MaltaPost in 2016 when it was gulled into issuing stamps to commemorate Malta’s longstanding friendship with Russia and allowed the Russian designer to include a painting of a Crimean scene in one of the designs. These stamps are still being offered for sale by MaltaPost on the WOPA website. See Blog 2034).

A number of stamps in support of the Ukrainians’ defence of their country have been issued recently - from the postal services of Latvia (see Blog 2044) and Austria, Estonia and Poland. In addition, as reported in Blog 2051, the producer of paraphilatelic products - the notorious Stamperija - has attempted to cash in on Ukraine’s suffering by putting expensive products on sale in the name of Sierra Leone which to date is the only Commonwealth country to have had ‘stamps’ released in support of Ukraine. 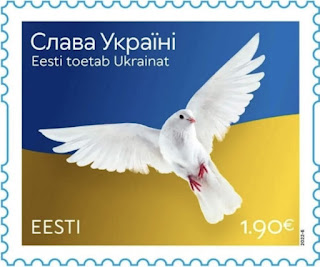 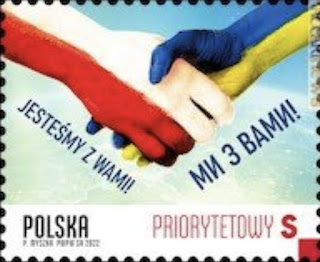 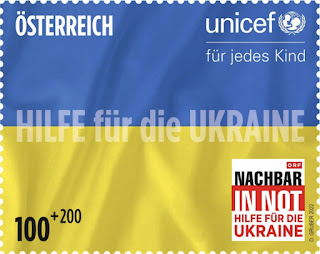 I mention these now because today, 2 April 2022, marks the 40th anniversary of another infamous invasion by the forces of a dictator of a land whose people wanted nothing to do with him and his country. This invasion of course, was of a tiny territory in comparison with the size of Ukraine, and much more easily carried out, but the Argentinian occupation of Falkland Islands met the same fate as the Russians seem to be experiencing in Ukraine now - defeat and expulsion - then at the hands of a British task force sent to liberate the islands.

The islands’ liberation is rightly commemorated as it was no easy task and Britain, though strongly helped by President Ronald Reagan and the United States, received poor support from some of its fellow members of the European Community - Spain sided with Argentina in a United Nations vote condemning the invasion and the French government continued to supply Exocet missiles to Galtieri’s regime and these weapons were used in the sinking of HMS Sheffield and the Atlantic Conveyor when many British lives were lost as well as attacks on HMS Glamorgan and HMS Invincible. 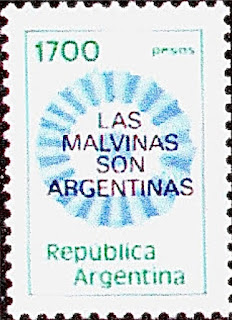 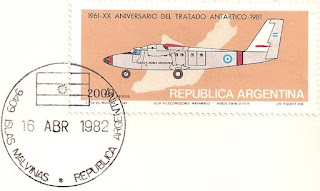 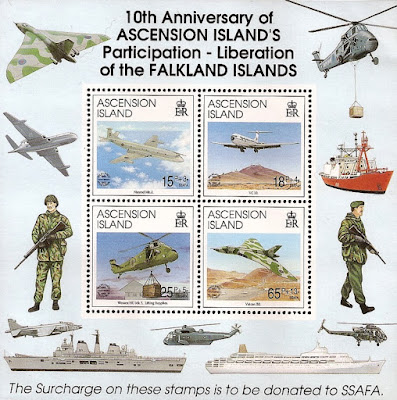 The Argentinian dictator Galtieri was rapidly deposed after the Argentinians were driven out of the Falklands; it is hard not to wonder if Putin’s days are numbered in the same way as his military forces are defeated and humiliated and make Russia seem a less than serious world power.

As always stamps tell the story.

No specific dates of issue reported.