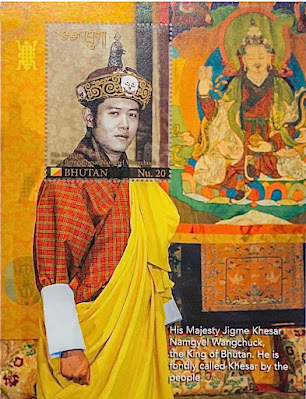 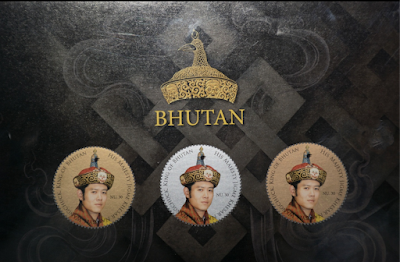 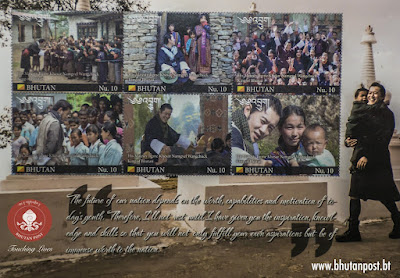 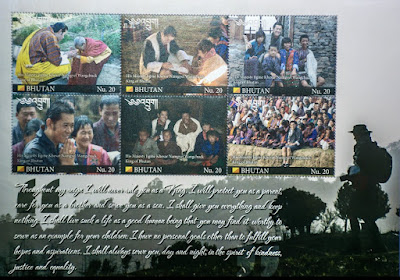 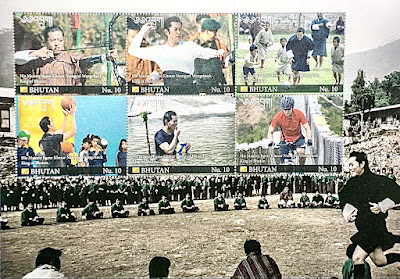 🇵🇰 Pakistan Post issued a single stamp on 9 December 2021 to commemorate the 60th anniversary of Hangor Day. The Hangor was a Pakistan Navy submarine which during the 1971 war with India sank the Indian ship INS Khukri at a time when the Indian Navy was thought to be preparing for an attack on the port of Karachi. The stamp uses a design “supplied by the customer” (the Pakistan Navy?) and was lithographed by National Security Printing Corporation Karachi and is perforated 13. Rating:- ****. 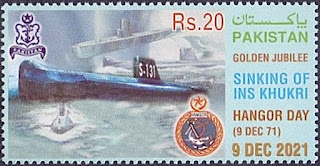 🇵🇰 In Blog 1967 I depicted the sheetlet of 18 stamps and 2 miniature sheets issued by Jamaica Post to commemorate the 350th anniversary of the Jamaica Post Office. I now depict these items again but with much better quality illustrations. Sadly, it’s worth noting that the total face value of the sheetlet of 18 is 4980 Jamaican dollars, equal to £24.26p which is clearly excessive though equally we must remember that new issues from Jamaica are highly infrequent and that this set appears to be the only issue of 2021 from Jamaica Post. 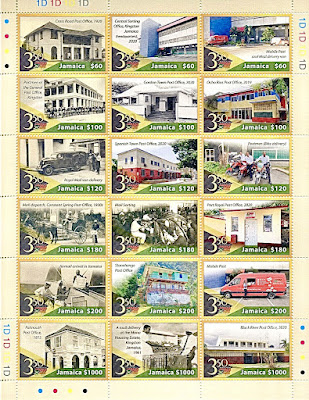 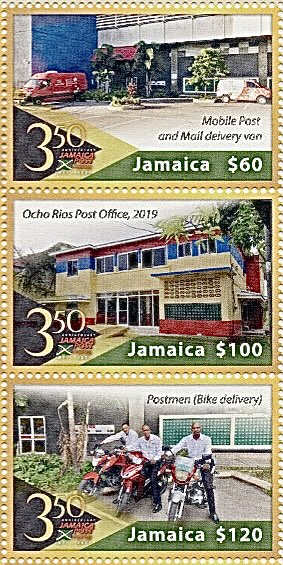 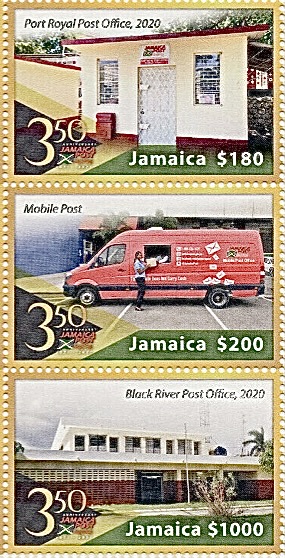 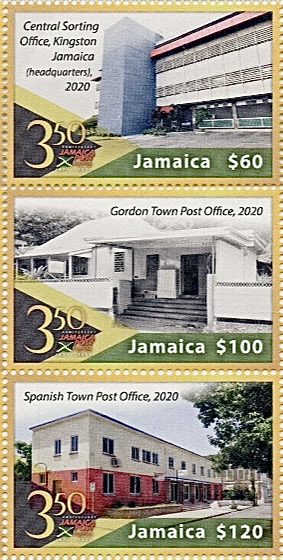 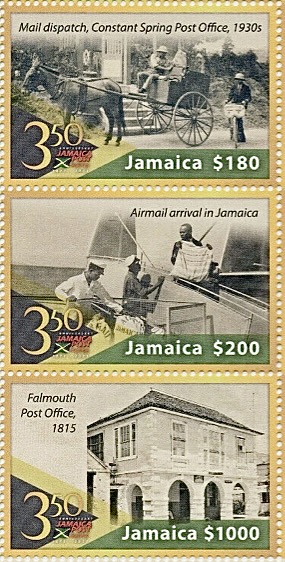 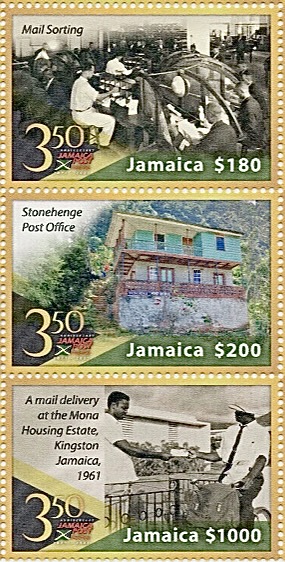 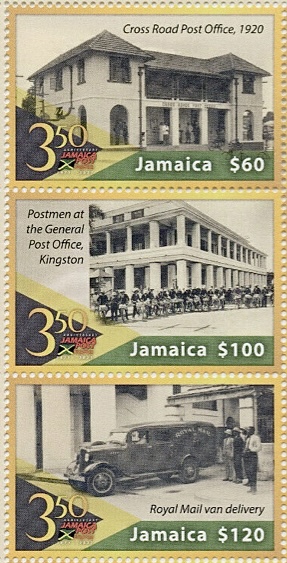 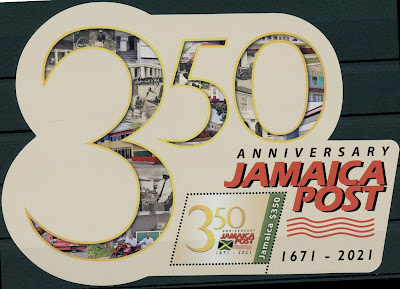 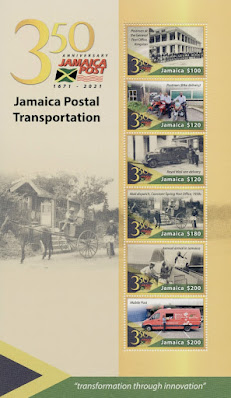