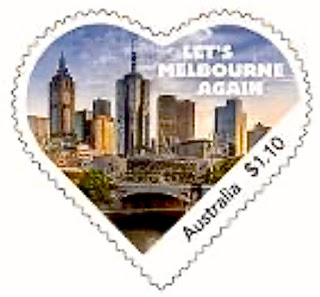 🇦🇺 Australia Post issued a pane of 5 identical self-adhesive My Stamps on the subject of Let’s Melbourne Again on 26 October 2020. The issue is said to be “a commitment from the people, brands and businesses of Melbourne to inspire hope and encourage people to help bring the city back to life again”. The issue relates to the city’s emergence from a 111 day COVID-19 ‘lockdown’ which began in July and has now resulted in the first day for months in the city where no COVID-19 related deaths nor new cases have been seen. The past few months have had a devastating effect on the local economy and large numbers of deaths have occurred in the city which has a population of 5 million. It therefore seems reasonable for Australia Post to issue a stamp to recognise what the people of Melbourne have been through, to express solidarity with them and to provide hope for the future of the city. Rating:- *****. 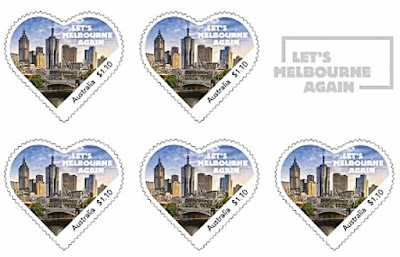 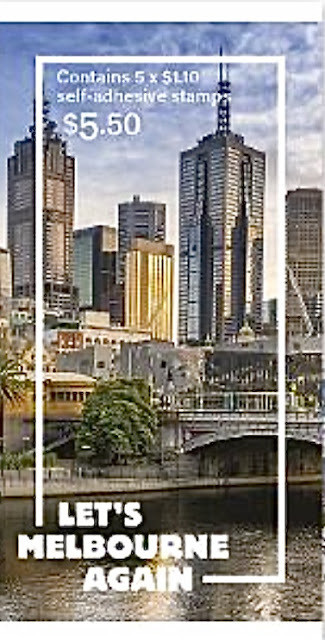 🇬🇧 I have added 4 more Royal Mail 2020-coded Machin Head definitives which have appeared recently to my collection. They are all self-adhesive. 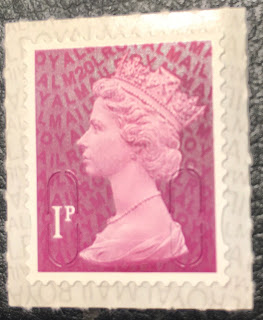 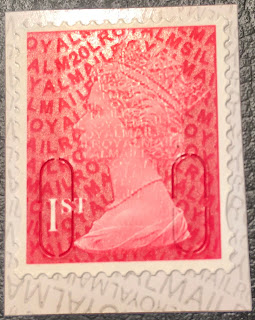 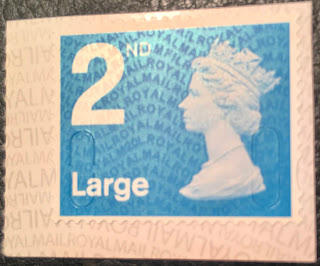 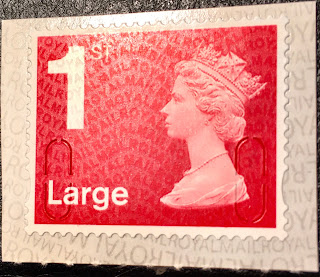 It seems to me therefore, and perusal of Norvic Philatelics latest update of its list of Machin Head stamps  appears to confirm this, that, with 2 months of 2020 remaining, all of the self-adhesive versions of the current Royal Mail definitives have now appeared apart from the 50p, £1, £2, £3 and £5 counter sheet stamps and the 2nd Large letter rate from Business sheets.

The Post and Go kiosk sited at the Fleet Air Arm Museum at RNAS Yeovilton near Ilchester in Somerset will dispense stamps from 11 to 20 November 2020 to commemorate the 80th anniversary of the Battle of Tararanto which took place on the night of 11 to 12 November and involved attacks on the Italian battle fleet by aircraft from HMS Illustrious and HMS Eagle. The kiosk based at the Museum (A003) will dispense Post and Go stamps (I am not sure which design will be used) with an added inscription and a graphic showing a swordfish aircraft. The inscription will be “TARANTO/80”. 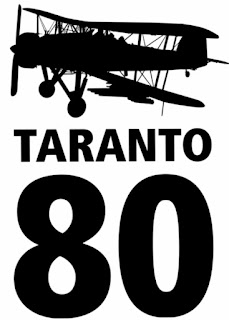