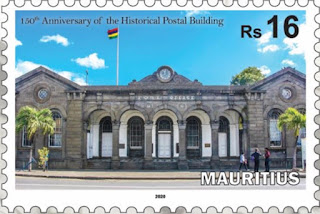 🇲🇺 Mauritius Post will issue a single stamp on 28 October 2020 to commemorate the 150th anniversary of the Central post office in Port Louis, the capital of Mauritius. An interesting stamp. Rating:- ***. 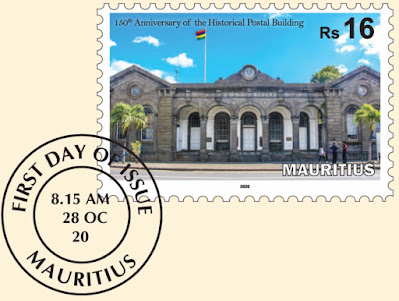 🇵🇰 Pakistan Post issued a single stamp on 24 October 2020 to commemorate the 75th anniversary of the founding of the United Nations Organisation. The stamp was designed by Murghiz Khan and lithographed by National Security Printing Company Karachi and is perforated 13. Rating:- **. 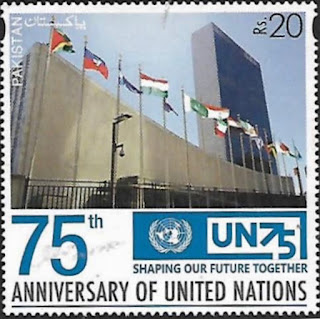 🇲🇿 Correios de Moçambique has issued a single stamp on an as yet unknown date to commemorate International Day of Family Remittances which occurred on 16 June 2020 (which of course may have been the day of issue). Thanks to super for drawing my attention to the issue in a comment left at the end of Blog 1762 which referenced an item on the excellent Joint Stamps site which in turn had received news of the issue from Nejmeddine Boudaren of Aurescollections. The stamp appears to be part of a joint issue with Togo and St Thomas And Prince. 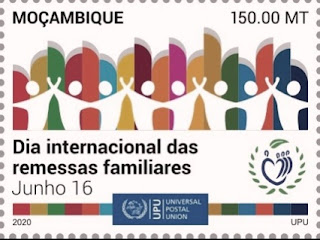 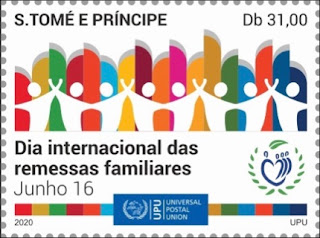 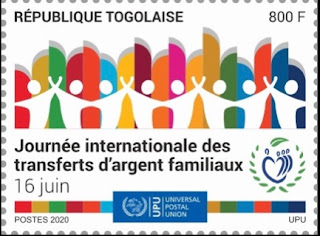 🇬🇧 The Postal Museum in London will reopen its 2 Post and Go kiosks on 29 October 2020 and dispense the Mail Coach Stamps with the additional inscription “The Postal Museum/Postcards 150” to commemorate 2020 as a year of celebration of the 150th anniversary of the introduction of “the British postcard”. This is an interesting and worthy anniversary to commemorate. Rating:- ****.

The first British postcard followed the example of such items which had been introduced previously in Austro-Hungary on 1 October 1869 and appeared exactly 1 year later on 1 October 1870 following a recommendation being made by the Postmaster General on 26 May. The early postcards were printed by De La Rue and included an imprinted halfpenny stamp which depicted a portrait of Queen Victoria. This halfpenny value was a new postal rate for open correspondence. The postcard was immediately popular and 675000 were sold on the first day of issue. 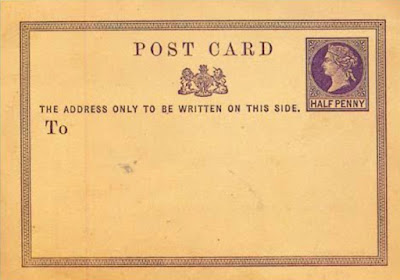