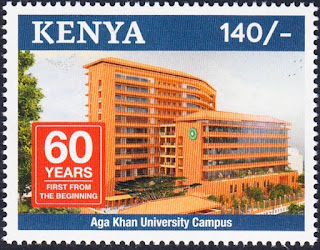 🇰🇪 The postal service of Kenya issued a set of 3 stamps on 15 February 2020 to commemorate the 60th anniversary of the Aga Khan University Hospital in Nairobi. A timely set given how important hospitals are going to be to people in many countries over the coming few weeks. Rating:- ***. 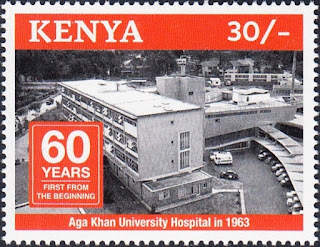 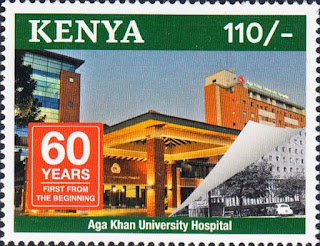 🇿🇼 The Baby animals set issued by Zim Post, the postal service of Zimbabwe, on 17 December 2019 and mentioned in Blog 1567 was accompanied by a miniature sheet containing all 4 values of the set. Rating:- *****. 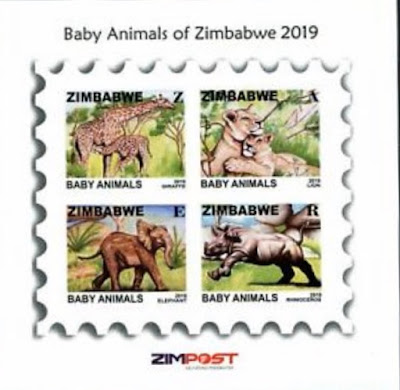 🇬🇧 The 2020 new issue programme from Royal Mail is shown below. The issue due at the beginning of May to commemorate the London 2020 International Philatelic Exhibition will of course not now be released because the exhibition has been postponed until 2022 due to the Coronavirus crisis. The stamp calendar does not show that a miniature sheet is also planned be released on 6 April 2020 to commemorate the 700th anniversary of the signing of the Declaration of Arbroath.  So, one issue is down. The question remains how many more will follow?
It is argued that the production of postage stamps is always necessary but is the production and promotion of new stamps meant to end up in stamp albums and not to be used on mail a vital necessity? I don’t think so. The crisis is likely to be so awful in the next few weeks that delays in production of new issues might well occur leading to postponed issues. We’ll see. 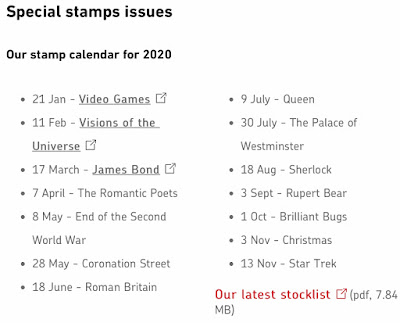 Meanwhile Pobjoy Stamps (British Pobjoy Mint) has announced that Pobjoy Mint including its stamp division closed at noon today, 25 March, for the ‘foreseeable future’ because of the Coronavirus epidemic but a press release states that “For any new releases made during our closure period”... “electronic Press releases with images should be circulated as normal....” which implies that closure of Pobjoy does not mean that there will not be any stamps issued in the territories which Pobjoy publicises during that period.

Pos Malaysia is using a special postmark which is related to the Coronavirus epidemic on mail as indicated in an advertisement it has produced - “You Stay At Home, We Deliver/Do your part to stop the spread of COVID-19/#StayAtHome” 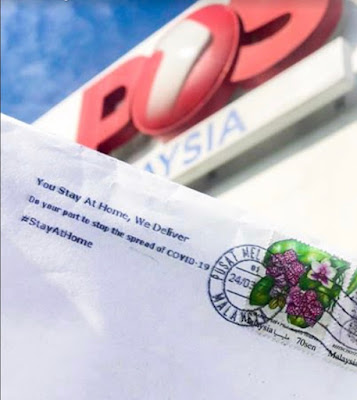 The slogan is repeated in another advertisement- 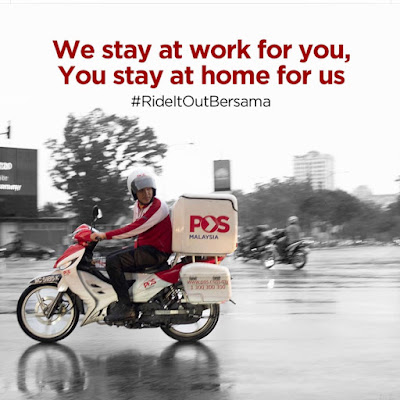 Addendum - reply to comment by Ian Billings/Norvic (Blogger still won’t post my replies to comments) - Thank you Ian. I will correct the date of issue of Declaration stamps to avoid confusion.
You are quite right to suggest that Royal Mail gets on and produces slogan postmarks to highlight the government’s campaign of action that the public can take to protect the NHS and themselves and others against the worst effects of the virus.
Perhaps this is one instance where it could rush out a stamp or two featuring the principal advice the government is giving to the public at this time. Although not many people use stamps at present the publicity surrounding the issue of a set of stamps promoting the government’s advice could be enormous and beneficial and doing so would put Royal Mail in a good light - 2nd and 1st Class domestic mail stamps only needed. The workers of Royal Mail are doing their part to keep the country going - our postman’s out there still delivering the post - so perhaps the backroom people could come up with something and not use the excuse that “it takes a long time to plan and produce a stamp issue”.
Keep well Ian and all readers of this.