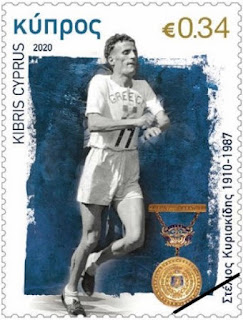 🇨🇾 The postal service of Cyprus issued 2 sets released to the (probably not) upcoming Tokyo Olympic Games to take place (or not) in the summer of 2020.
The first issue commemorates the Birth centenary of the great marathon running Stelios Kyriakides. The issue was lithographed by Baltic Banknote High Security Printing. Rating:- *****. 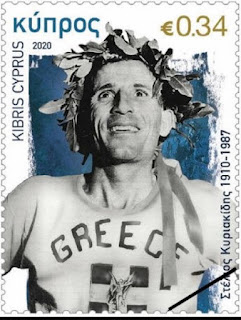 A second set, of 4 stamps, commemorated the Tokyo Olympic Games itself with some striking designs. This is one of the best Olympic Games sets I have seen for a long time. The issue was lithographed by Baltic Banknote High Security Printing. Rating:- *****. Whether or not the set commemorates an event which will not take place remains to be seen. 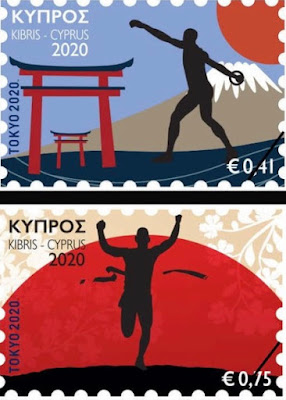 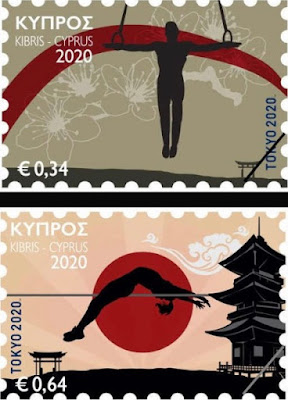 News of new issues seems to be slowing down against the background of the Coronavirus pandemic catastrophe. The production and release of stamps, most of which will never be used to fulfil their originally intended role of serving as receipts for the prepayment of postage by being attached to genuine items of mail, is of trifling importance compared with the struggle for survival which is unfolding hourly in the news media. I assume that new issues may well cease to appear over the coming weeks as the crisis unfolds. Just another chapter in the history of the postal services of The Commonwealth nations and the stamps issued by these various postal administrations plus the array of philatelic services and agencies which produce and release them on their behalf.
But new issue collectors can always turn their attentions to all the historic stamp issues and postal history, from Aden to Zululand, which came before the current era of philatelic excess. It’s all very interesting and will help to take collectors’ minds off the looming dread of the war against Covid 19.