1625. 🇬🇧🇮🇲 Wordsworth Commemorated By Royal Mail And Isle Of Man.

🇬🇧 I recall that Ian Billings of Norvic Philatelics has commented previously in his Blog or on Stampboards, or perhaps on both, that collectors would be “disappointed” by the upcoming Royal Mail new issue on Romantic Poets which commemorates the 250th Birth anniversary of William Wordsworth. He was right.
Ten Ist Class stamps are to be issued on 7 April 2020 which make up this set and they are indeed underwhelming. I suppose professional designers will see the merits of them but for me they are dull and unexciting depicting as they do short quotations from the work of various romantic poets alongside trite representative illustrations in black and white. Only a Royal Mail stamp could feature a rainbow without using any colour. Fine for an art exhibition, unsatisfactory for a stamp collection.
The set was designed by The Chase and lithographed by International Security Printers and perforated 14.5 x 14.  I think the choice of designs has been ill=judged. In the next 12 months, however, the issue will be sure to win a design award I suppose. Rating:- *. 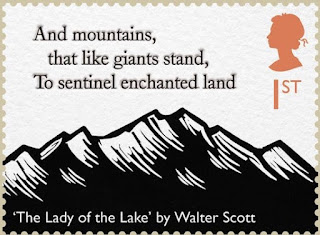 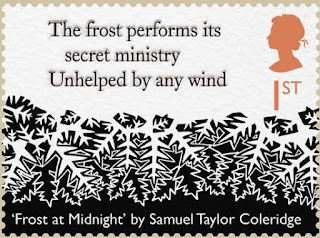 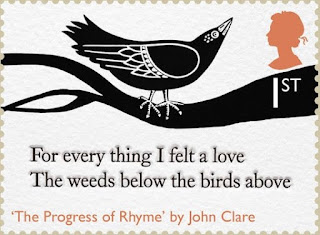 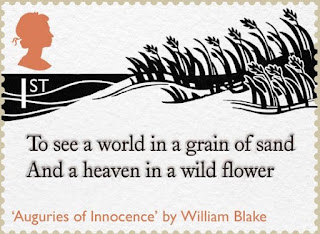 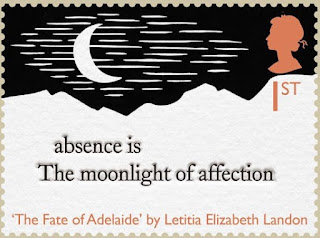 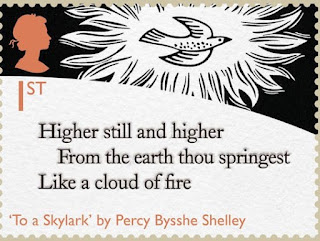 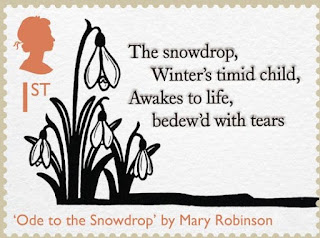 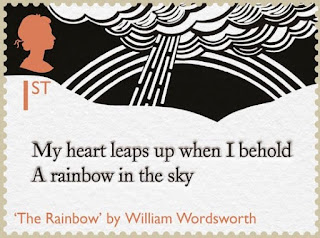 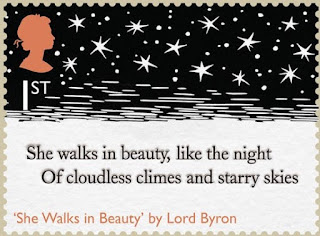 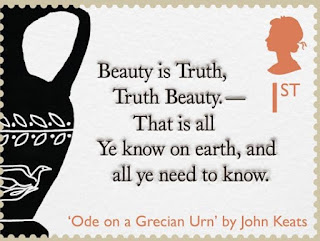 🇮🇲 I believe that the set of 6 stamps also due for issue on 7 April 2020 from the Isle of Man Post Office to commemorate the Wordsworth anniversary which I mentioned in Blog 1624 is much more attractive and interesting combining, like the Royal Mail set, lines from the poet’s work with illustrations but in this case coloured and attractive illustrations. The set was designed by EJC Design and lithographed by Cartor and perforated 13. Rating:- ****. 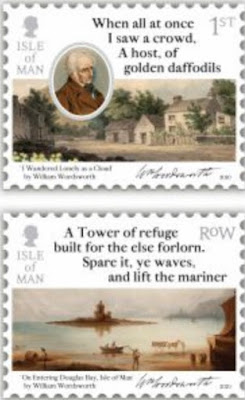 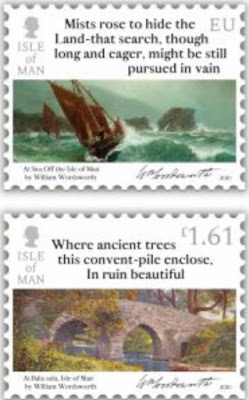 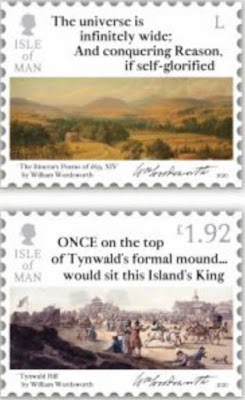