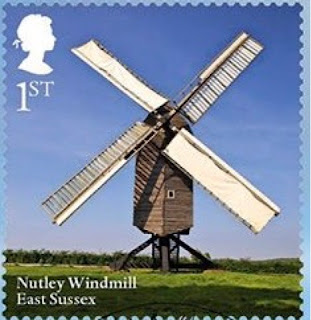 🇬🇧 Now to be seen on the internet is the new set from Royal Mail which will be issued on 20 June 2017 on the subject of Windmills and water mills. The featured mills are located in Scotland (1), Northern Ireland (1), Wales (1), The Midlands - Staffordshire (1) and of course there had to be two which are located in the south east of England with East Anglia, The North and the West and South-west being ignored completely. Presumably those who choose the mills to be depicted could not find anything suitable in London where, I'm sure, all the designs would have been located if at all possible and so the next best thing was to choose 2 locations in the English south-east with a passing nod to the rest of England with a single stamp depicting an English location north of Watford. Royal Mail really needs to lose its obsession with depicting items on its stamps which feature mainly London or south-eastern subjects - there's a great deal worth featuring in the rest of The British Isles and Northern Ireland.
One Midlands mill that could have been featured, and which would have proved favourable to those interested in the ever-popular "Lord of the Rings" books is Sare Hole Mill (depicted below), one of only 2 working mills in Birmingham. It has a number of claims to fame, having once been owned by Matthew Boulton and latterly being used as a location for The Lord Of The Rings books since JRR Tolkien lived only a short distance from it and who identified it as the model for the mill in Hobbiton. New Zealand may have its own "Hobbiton" created in recent years for "The Lord of the Rings" and "Hobbit" movies (and philatelically has made much of it) but Sare Hole Mill is the real Hobbiton and dates back to 1542. Now, if you ask me, that's a real missed opportunity -  an opportunity to cash in on its Tolkien connections as well as showing a historic building which shows that there's more to Britain than London and the South-east.
And then there's East Anglia with its Constable country mills - what about Flatford Mill (scene of The Hay Wain or East Dereham Mill? Why feature a Sussex mill when a Suffolk mill might have been much more recognisable? Especially as the 1825 version of Flatford Mill had already been depicted on one of the 1968 "Paintings" stamps - Constable's Hay Wain itself - what a pleasure it would have been to compare the painting with a present day view. Lost opportunities. Perhaps there will be an accompanying miniature sheet which depicts mills from other regions.
Despite this habitual regional bias in design choice, this is still an attractive and interesting set. Rating:- ****. 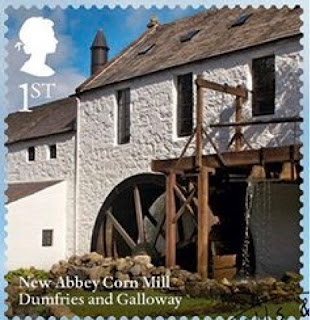 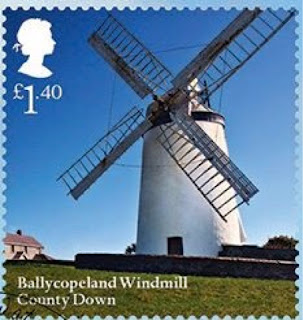 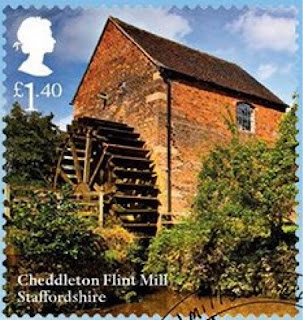 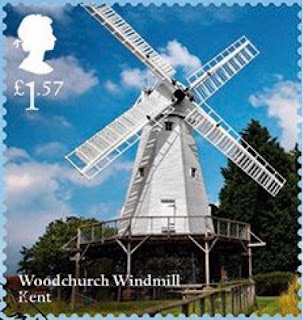 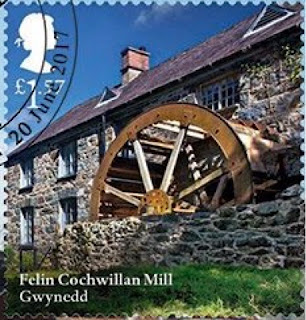 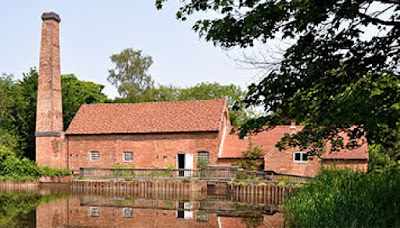 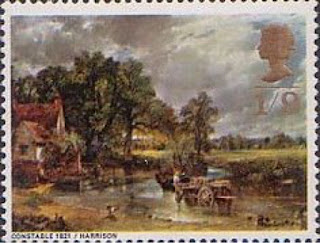 🇨🇦 In Blog 989 I wrote about the latest issue from Canada Post which is a second set on the subject of the television programme Star Trek and which also includes a Prestige booklet. There are 4 panes in the booklet and one contains a single stamp with a face value of $5 and featuring an alien spacecraft called a "Borg Cube". Is this an example of overkill by Canada Post? Rating:- **. 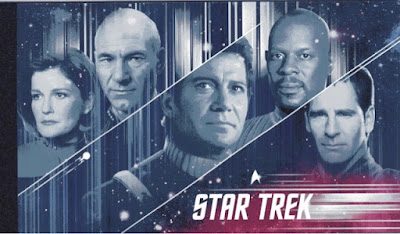 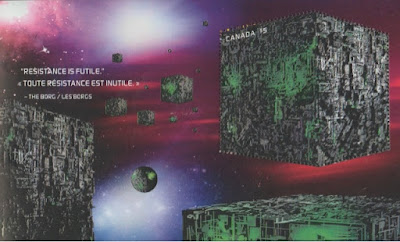 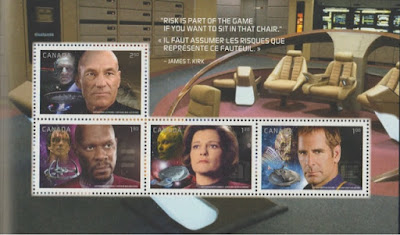 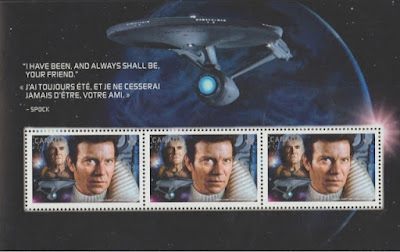 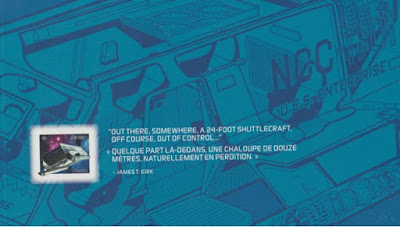 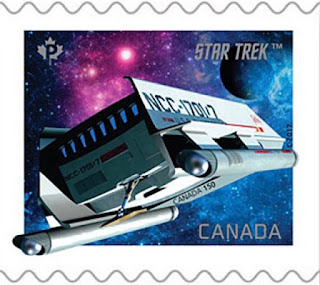