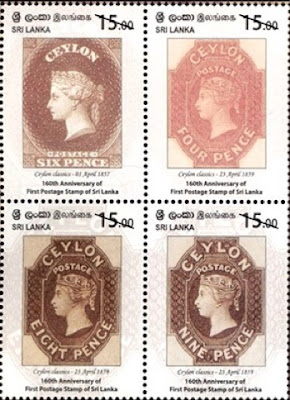 🇱🇰 While Royal Mail is making much of the 50th anniversary of the first issue of Machin Head Stamps Sri Lanka Post is also commemorating its previous postage stamps by releasing a set of 4 stamps and 1 miniature sheet on 1 April 2017 marking the 160th anniversary of the issue of its very first postage stamp.
The issue was designed by P. Isuru Chaturanga and lithographed by the Department of Government Printing, Sri Lanka. The issue is perforated 14 x 13.5. Rating:- *****. 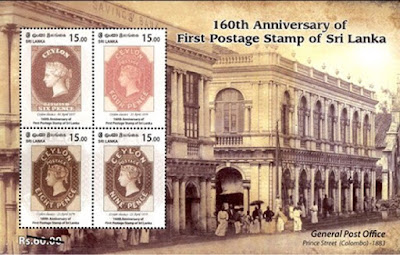 🇬🇧 Following on from Blog 952 where I said how indispensable Norvic Philatelics Blog is to collectors of modern British stamps Ian Billings has now published some more valuable and fascinating information about this year's Machin Head stamps. Norvic has now identified that so far in 2017 there have been no less than 29 new varieties of Machin Head definitive stamps put out by Royal Mail including some with M16L codes. His latest Blog makes essential reading to keep up with what is happening in British definitives at present.

🇬🇬 Guernsey Post is to sell its Post and Go lighthouse stamps with added inscriptions for each cruise ship visiting the island during the 2017 summer season directly to collectors and collectors can have the choice of buying a Collectors strip for every visit of a cruise ship, even a repeat visit, during the season or for every first visit during the season. Each time a ship visits Guernsey the labels will have an additional inscription with a welcome message and the ship's name in it and that day's date will be shown on the receipt dispensed with the stamps. When the ship visits another time the stamps will again be dispensed with the new date indicated on the receipt. It seems therefore that collectors interested in the stamps rather than the receipts need only choose the option of buying the stamps released on each ship's first visit.
In Blog 950 I listed all the cruise ships visiting Guernsey during this summer season and the Guernsey philatelic bureau states that there will be more than 65 strips released for all visits or approximately 29 for first visits. Each strip will cost £3.70p until 1 May and then £4.06p due to an increase in postage rates. Each strip will also have a 50p administrative charge. The collection of strips will be dispatched to collectors in September. The first issue should be dispensed tomorrow (21 April) when the Caribbean Princess visits the island.

🇧🇲 The Bermuda Post Office plans to issue the following stamps during 2017:-

Despite the date of the above planned issues I have not yet seen news that the first two sets have been released. They may have been delayed because of the problems with BDT International Security Printers.

🇸🇱 Stamperija's latest items with the name of a Commonwealth country printed on them are 10 sheetlets, each of 4 different stamps, and 10 accompanying miniature sheets on various subjects issued in the name of Sierra Leone. This is a collection of grotesquely gaudy items which are reproduced below in their entirety so that collectors can appreciate the full hideousness of them. The stated date of issue was 30 March 2017. The featured subjects are:- Tigers, Dogs, Seabirds, Crocodiles, Owls, Orchids, Global warming, Minerals, Mushrooms and Turtles. Rating:- 0. 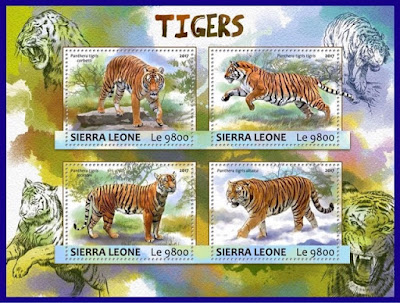 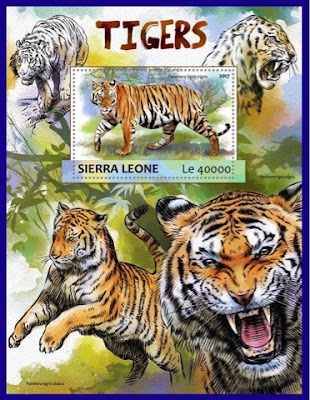 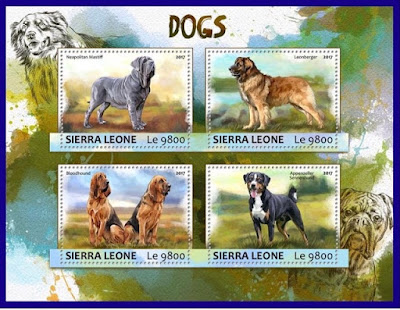 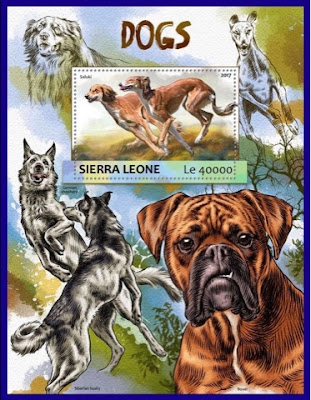 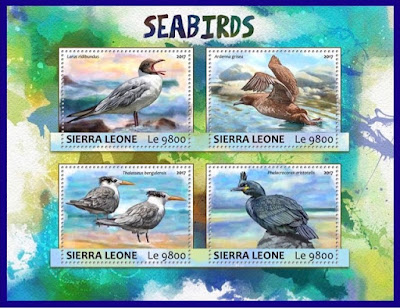 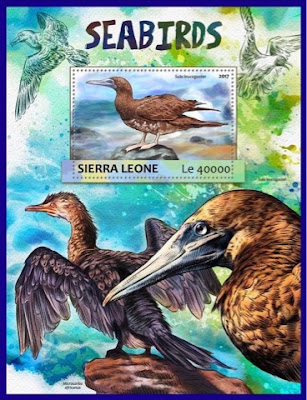 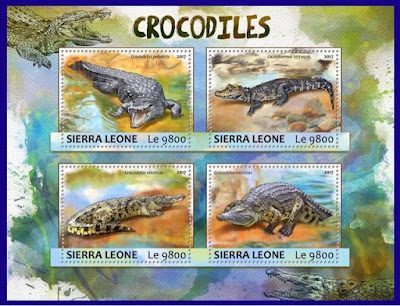 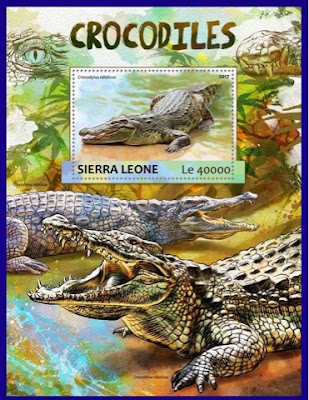 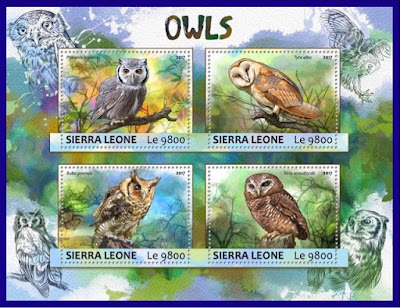 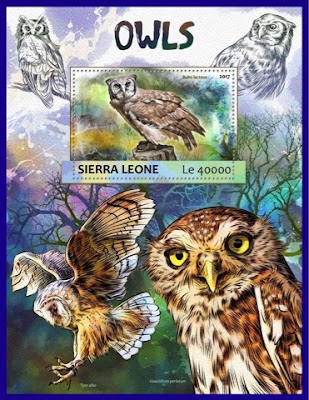 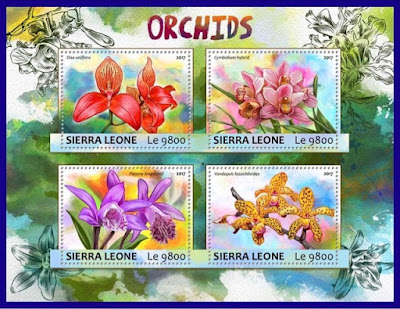 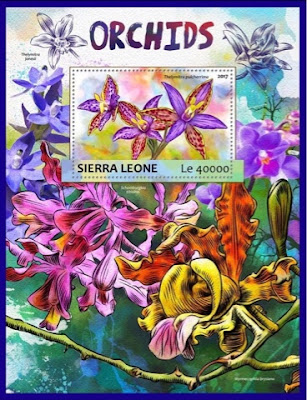 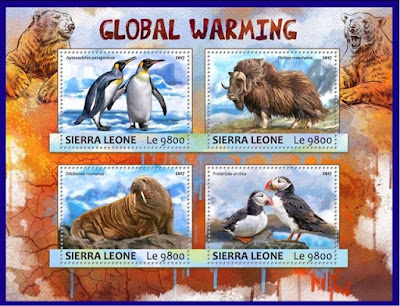 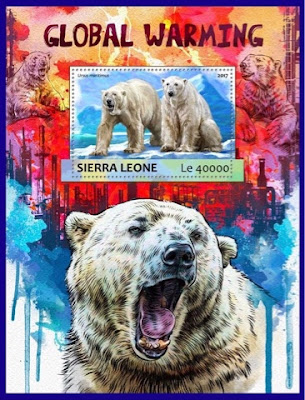 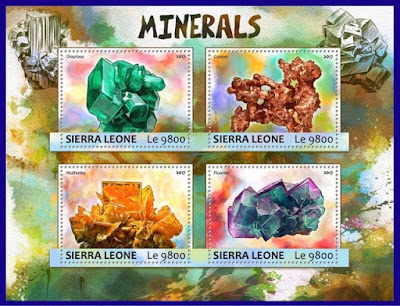 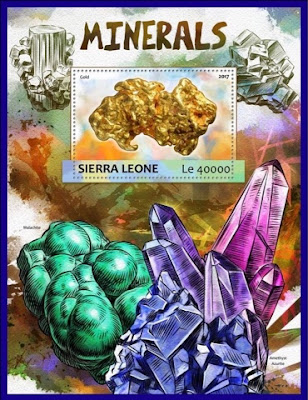 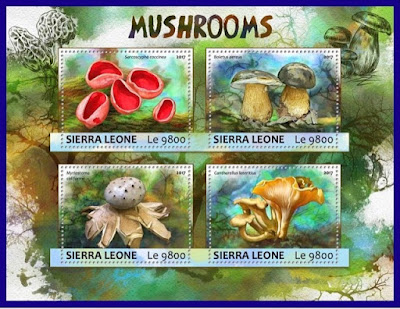 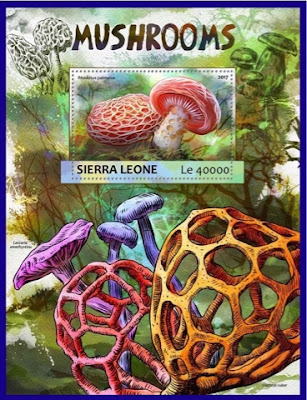 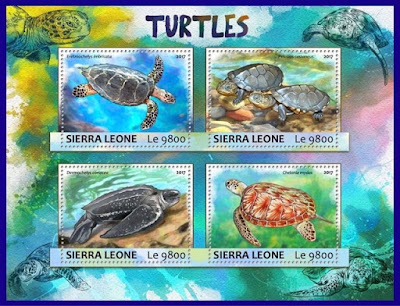 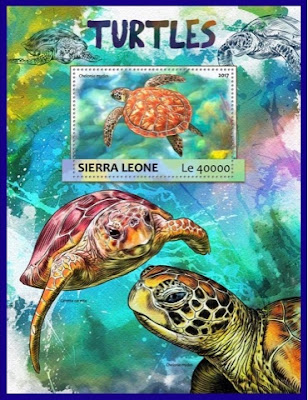