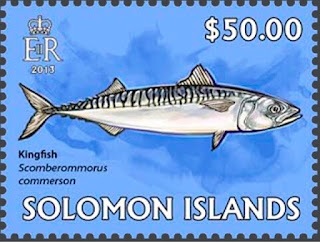 🇸🇧 The latest Stanley Gibbons Catalogue supplement to be found in the April 2017 edition of Gibbons Stamp Monthly brings its Solomon Islands listing up to date - not that there has been much to add. Only 2 new sets are included in the list - the Fish definitive series which was released on 9 October 2013 and the Fish definitive set which was issued on 1 November 2015. All the delightful issues which have been put out by Stamperija quite rightly have been rejected for inclusion in the list and in the supplement at least there is no Appendix list included though one presumes that the numerous sheetlets and miniature sheets will appear in an appendix when the next edition of the relevant Catalogue is published.

This is all very good and the absence of full Catalogue listing helps potential buyers to understand the nature of such products and reduces the need for "the completist" to feel the compulsion to buy the stuff. 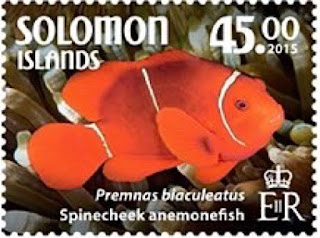 🇹🇻  However, the items chosen to receive a Catalogue number still seem to be vaguely haphazard and suggest an inconsistency of approach. The present supplement, for instance, includes entries for some IGPC client postal administrations and in particular that of Tuvalu and a number of issues are included in the main body of the catalogue while others are banished to the Appendix. True, most of the excluded stamps are those which are easily identified as being irrelevant in subject matter to Tuvalu but the subject matter of some of the included stamps are equally tangential to Tuvalu itself - sets featuring "Sites and scenes" of London or Singapore or the Canonisation of Pope John Paul II
(there are just a handful of Catholics in Tuvalu) have nothing to do with Tuvalu even though they ostensibly commemorate philatelic exhibitions which the country's agency might have attended or
international celebrities. 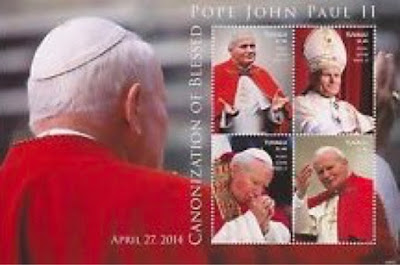 It does not seem entirely reasonable that the Catalogue editor discriminates completely against Stamperija but is much more laissez faire towards the equally culpable IGPC (see Blog 940 for supporting evidence of IGPC's exploitation of stamp collectors). It is notable too that the editor continues to give full listing to all of the products issued by Philatelic Collector Inc. though some are very dubious both in terms of being excessive in number to local postal need and in irrelevance of subject to the respective territories whose names appear on the stamps and in having very high face values.
We can only hope that the Catalogue editor will take an increasingly tough line against the vast number of exploitative stamp products that keep appearing on the new issue market - his is a pivotal role in saving the future of stamp collecting by helping people to realise that they do not need to buy items which exploit them and for which the use of the words "postage" stamp is highly inaccurate.

🇨🇾 The postal service of Cyprus issued a set of 3 stamps on 24 March 2017 on the subject of Anniversaries of local interest - the 60th anniversary of Cyprus Television, the 50th anniversary of the Cyprus Medical Association and the centenary of Lions International. Rating:- ***. 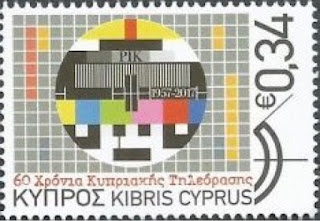 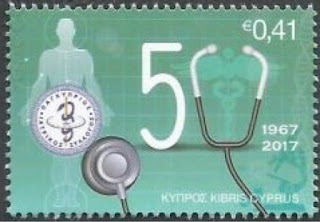 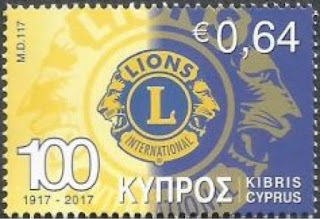 A se-tenant strip of 3 stamps was also issued on 24 March 2017 to commemorate the award of the title of European City of Culture to Paphos. Rating:- ***. 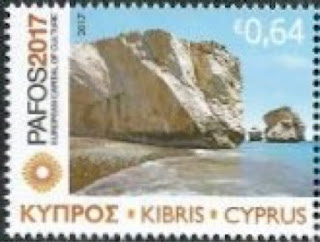 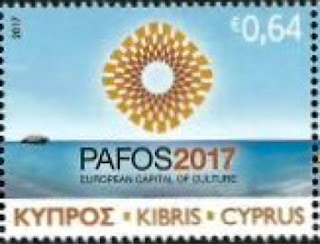 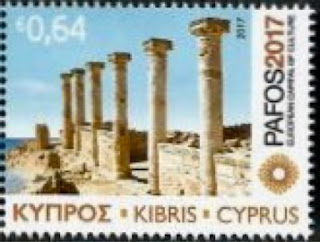 🇱🇰 Sri Lanka Post issued a single stamp on 27 March 2017 to commemorate the centenary of Ferguson High Schooln Ratnapura. A rather uninspiring depiction of the school building makes up the substance of the design. Rating:- **. 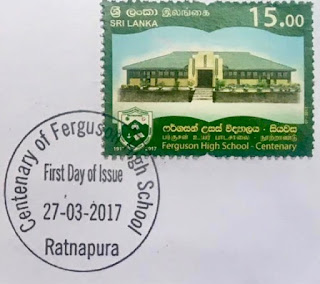