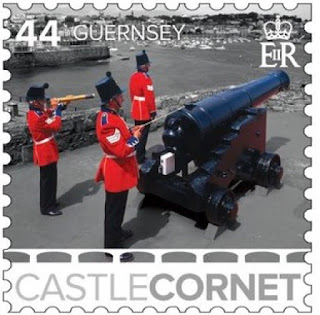 🇬🇬 Guernsey Post will issue a set of 6 stamps and 1 miniature sheet on 1 May 2016 on the subject of Castles - this year's Europa theme - and 2 of the stamps will have the added inscription "Europa" (59p and 73p). The designs all feature different aspects of Castle Cornet. It's a colourful enough set though all nothing more than photographs with text positioned on them. Rating:- **. 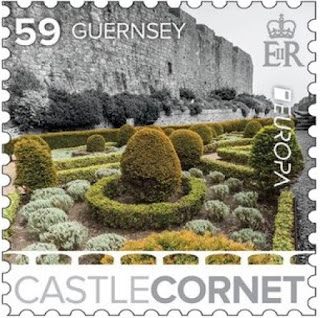 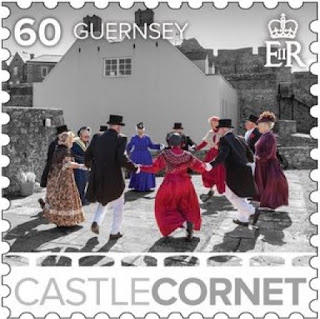 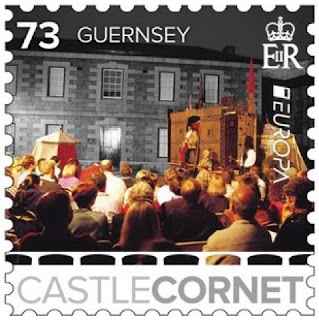 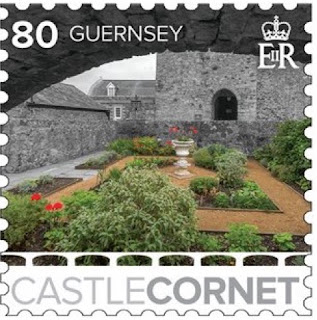 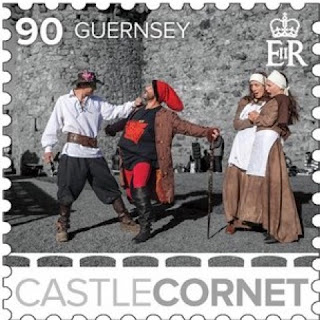 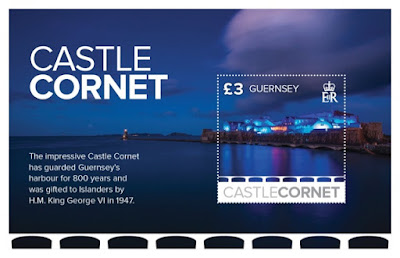 Guernsey Post has also announced that Post and Go kiosk GG01 will be situated at Smith Street post office from 21 April to the end of August and will dispense the "Lighthouses" Post and Go labels with added inscriptions though Guernsey Post says that the stamps are " not aimed at our P and G collectors - the underprint/stamps are designed to appeal to cruise ship visitors". To this end the stamps will have "an underprint message for specific ships". As well as the Lighthouse stamps GG01 will also dispense the "Guernsey Flag" labels with the additional inscription "Smith Street". The mind boggles as to just how many of these labels will be produced during the course of the summer.
One just wonders if Jersey Post and The Royal Gibraltar Post Office are also preparing to pull the same stroke as they too get regular cruise ships visiting them. Time will tell. Of course, it's all alright because Guernsey Post does not intend that stamp collectors should buy these products. Oh really - how silly can you get?


🇯🇪 Jersey Post will issue a set of 6 stamps and 1 miniature sheet which depict portraits of King George VI on 12 May 2017. This is the fourth part of its "Legacy of Queen Victoria" series. I have not seen it stated anywhere but I presume that this ongoing series will build up to the Bicentenary of Queen Victoria's birth which occurs in 2019. These are interesting stamps but I don't really see the point of the long running series. Rating:- *. 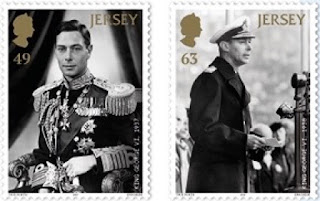 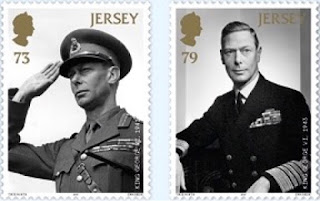 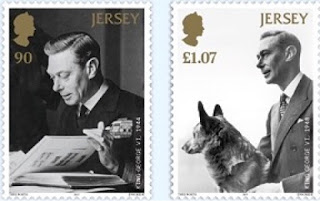