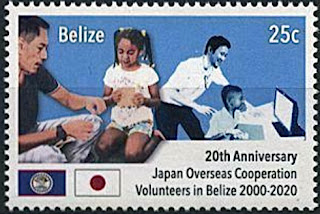 🇧🇿 The postal service of Belize in conjunction with the local Japanese Embassy issued 2 stamps and 1 miniature sheet containing the 2 stamps on 22 October 2021 to commemorate the 20th anniversary of the presence of the Japanese Overseas Cooperation Volunteers work in Belize. I have no other details of the issue at the moment. Rating:- ****. 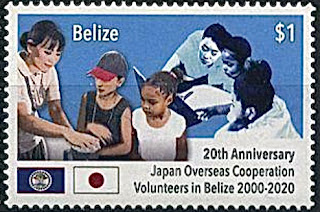 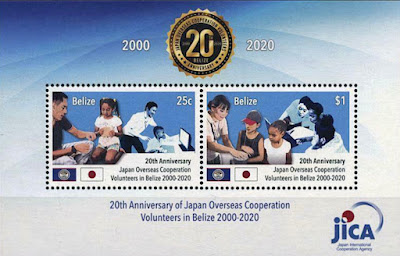 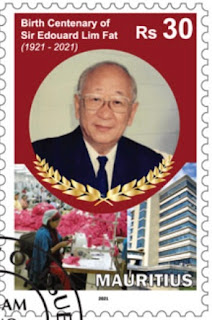 🇲🇺 Mauritius Post will issue a single stamp on 16 November 2021 to commemorate the Birth centenary of Sir Edouard Lim Fat, academic and entrepreneur who contributed significantly to the economic development of Mauritius by the role he played in establishing the Export Processing Zone, Rating:- ***.

🇬🇮 Royal Gibraltar Post Office issued a single stamp on 11 November 2021 to commemorate the Centenary of the Gibraltar City Council. The stamp was designed by Stephen Perera from a painting by Leslie Gaduzo and lithographed by Bpost Security Printers. Rating:- ****. 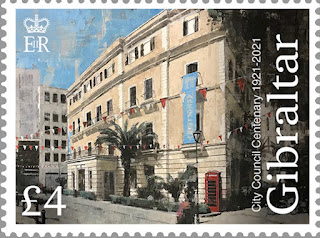