1701. 🇫🇰 Penguins On Stamps And Coins From Falkland Islands. 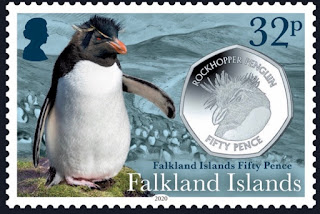 🇫🇰 My favourite philatelic producer is Creative Directions whose products are distributed and promoted by Pobjoy Stamps. The quality of the products from the frequently superb designs to the printed final product is not bettered by any Commonwealth philatelic producer. The designs are usually straightforward, comprehensible, attractive, interesting and relevant in subject matter and a sheer pleasure to add to one’s collection. And once again I find myself purring with pleasure at the latest set revealed by Pobjoy which is for the Falkland Islands postal service. The set of 5 stamps depicts local penguins and matches them up with coins (minted by Pobjoy Mint) which were released by the Falkland Islands government in 2018 and depicting the same birds. The set, immaculately designed by Andrew Robinson, will be issued on 10 August 2020 and was lithographed by Cartor and is perforated 13.5. This set is a real joy. Rating:- ****** (yes, six stars!).
Thanks to Juliet Warner of Pobjoy Stamps for information about this issue. 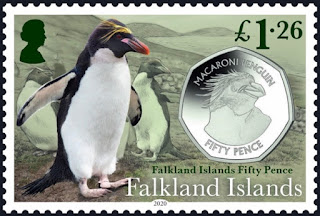 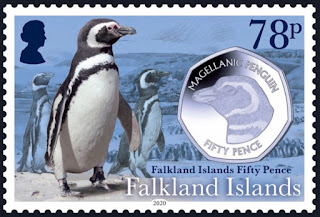 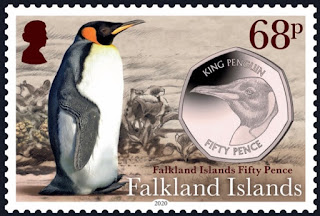 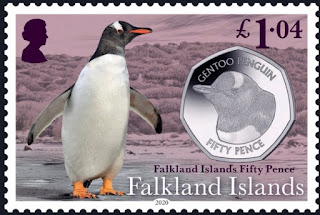 🇲🇾 The next issue from Pos Malaysia will be released on 18 August 2020 and will be on the subject of Rukun Negara (National principles). The issue will be made up of 5 stamps, all of the same design, and 1 miniature sheet. A not terribly interesting issue. Rating:- **. Two of the values are depicted below:- 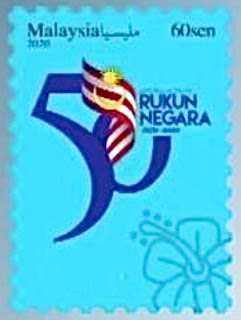 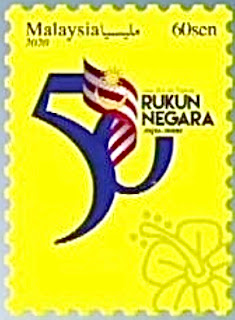 🇬🇧 Buckingham Covers which produces very attractive first day covers of Royal Mail stamps now have their latest covers depicted on line which will be issued on 30 July 2020. The covers bear the new issue which depicts The Palace of Westminster otherwise known as The Houses of Parliament. I suppose this has been an interesting time in the history of Parliament but there seems no good reason to release this set of 6 stamps and 1 miniature sheet containing another 4 different stamps other than to slake Royal Mail’s thirst for stamp collectors’ money. It’s interesting that Royal Mail should slip out this dull London-centric fayre when members of Parliament are trying to focus more attention on the country which exists outside of the capital. Rating:- *. 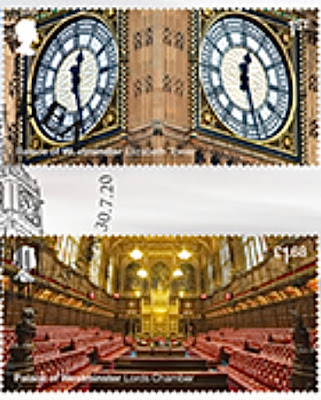 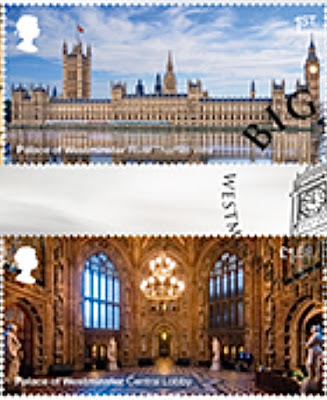 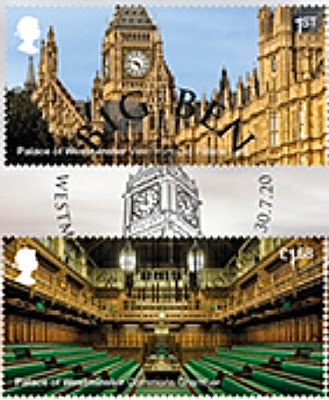 I now illustrate below another 2020-coded Royal Mail Machin Head definitive reprint which I have just obtained. This is the self-adhesive 2nd Class domestic rate value from booklets of 12 with the code M20L MTIL. See also Blogs 1695, 1696 and 1699. 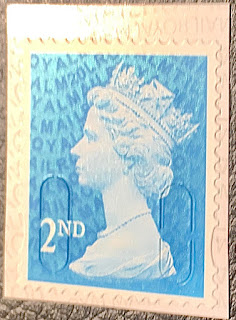 The counter 10p value stamp with code M20L MAIL is now also being offered for sale on an internet auction site. These new editions of Royal Mail’s truly eternal, classic definitive series seem to be presently appearing thick and fast.