🇯🇪 Jersey Post will issue a set of 6 stamps and 1 miniature sheet on 9 July 2020 to commemorate the 150th Birth anniversary of the great Jersey golfer Harry Vardon. The issue was lithographed with additional special litho silver metallic ink. Vardon (1870-1937) won the Open Championship a record 6 times as well as the US Open in 1900. Rating:- ****. 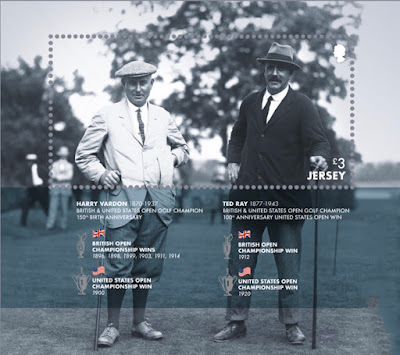 🇧🇹 Bhutan Post issued a miniature sheet containing a single stamp on 17 March 2020 to commemorate the Birth centenary of Sheikh Mujibur Rahman, Bangabandhu, the father figure of Bangladesh. This issue is entirely appropriate as Bhutan is a neighbour of Bangladesh and because of the importance of Sheikh Mujibur as an international statesman and founding figure of his country. Rating:- ****. 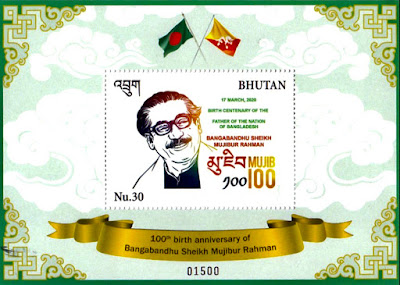 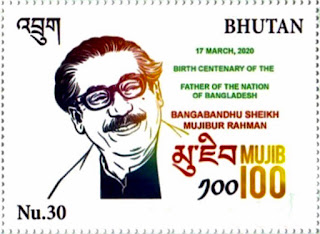