🇮🇪 Further to my mention of the Coronavirus-related postcards distributed by the postal services of Gibraltar, Jersey and the Isle Of Man to their respective residents (see Blog 1670), Brian Warren very kindly contacted me to tell me about similar items which had been produced and distributed by An Post, the postal service of the Republic Of Ireland, to all households in that country.
Each household received one each of two different postcards, as illustrated below, and were titled, ‘Come Together - Write Now’ and have a postage paid imprint at the upper right corner of the card which is valid for use to all addresses in the island of Ireland, including Northern Ireland. The cards, which were also freely available in post offices and delivery offices, were produced in A4 format containing the different A5 cards so that the cards had to be separated by the user before sending them through the mail. Interesting items especially for those building up a Coronavirus collection. I particularly like the design depicting two socially distanced cottages - it could only depict a scene from Ireland, I think it’s a wonderful piece of graphic art and would have made a excellent stamp design. 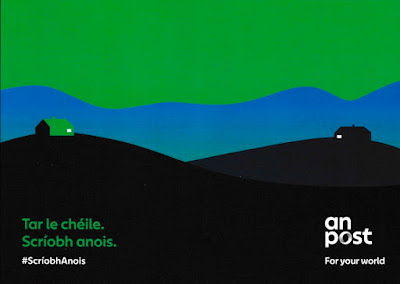 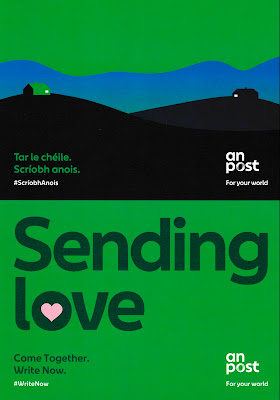 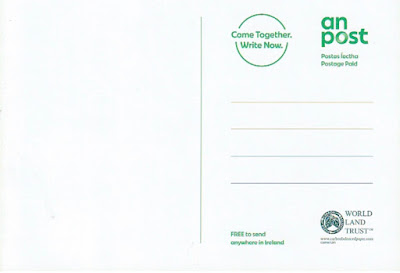 Brian also sent me one or two other snippets of news from Ireland. He pointed out that, as he had published in the December 2019 edition of Irish Philately, post office stamp kiosks, which had been withdrawn from use in 2015, had been reintroduced to dispense SOAR stamps. The stamps used in the kiosks were the same as those sold at counters but the inscriptions have new fonts and details. This is particularly interesting to Post and Go collectors. I shall have to ask contacts in Ireland to write to me to hopefully receive some of these new-formatted stamps. 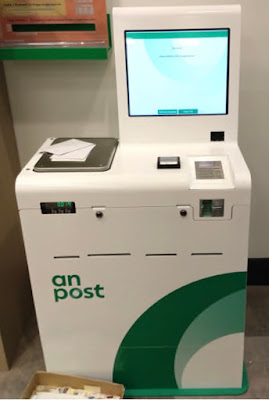 Brian has also messaged me saying that the An Post new issue programme is being reviewed and some issues may be postponed until 2021. He also says that it is not yet known whether the next instalment of SOAR definitive stamps due for issue in the summer of 2020 will now go ahead.

Very many thanks to Brian for all this information and his permission to allow me to pass it on and use his illustrations.

🇬🇧 I have now obtained the first two Royal Mail Machin Head reprints of 2020 in the counter stamp range with the M20L MAIL codes. They are the 1st Large Signed For stamp and the Special Delivery up to 500g value. No doubt there will be plenty more M20L Definitives where these came from by the end of the year. In his indispensable Norvic Philatelics Blog Ian Billings reports that these were printed in February 2020, the Large Signed For being printed on 3 February and the Special Delivery being printed on 4 February.
Today, Ian also reports that a third of these M20L Definitives has been put on sale - the 2nd Class  rate from Business sheets with code M20L MBIL. 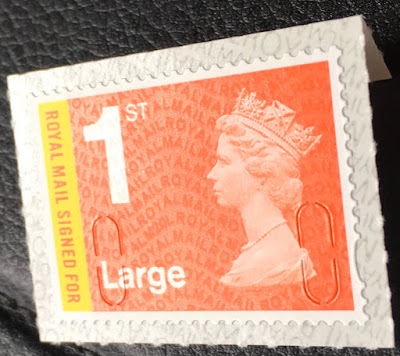 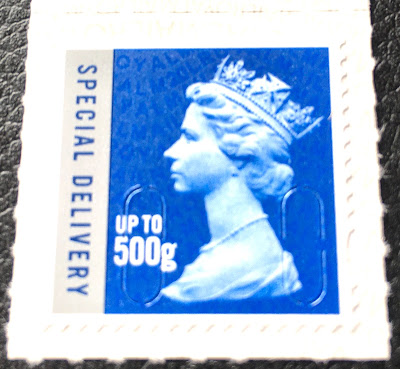