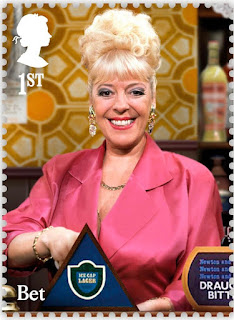 🇬🇧 Royal Mail is now featuring its Coronation Street 60th anniversary new issue due to be released on 28 May 2020 on its Stamps and Collectibles internet site. The issue was depicted in Blog 1665 but better illustrations are now provided here as well as more details. Also below is depicted the self-adhesive retail booklet which contains 4 x 1st Class Machin Head stamps and the two 1st Class stamps from the commemorative set (1 each of ‘Jack and Vera Duckworth’ and ‘Ken and Deirdre Barlow’) sold for £4.56p.
The ‘Collector’s sheet’, being sold for £8.80p (total face value being just £7) contains 5 each of the Jack and Vera and Ken and Deirdre stamps.
The issue was designed by The Chase and lithographed by International Security Printers and is perforated 14.5 x 14. 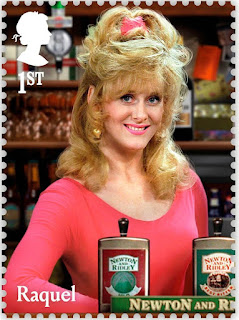 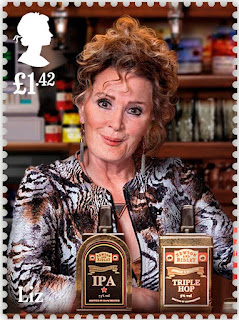 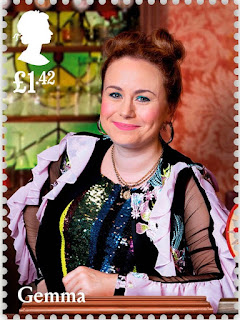 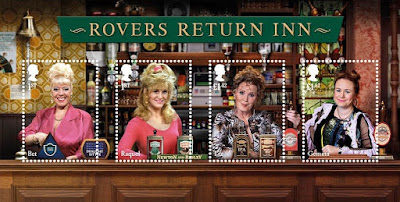 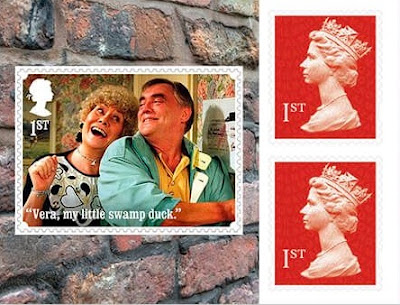 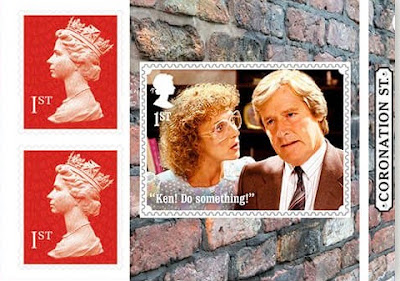 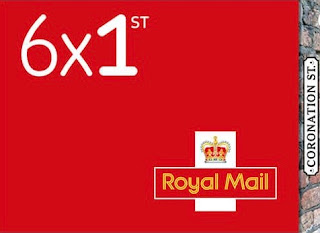 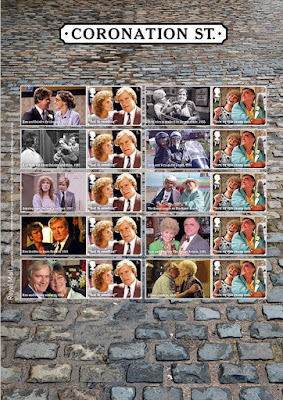 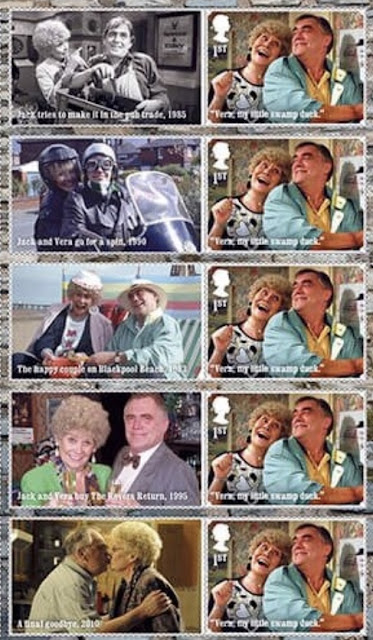 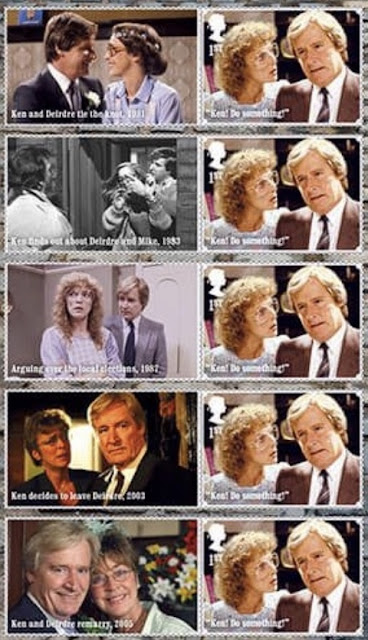 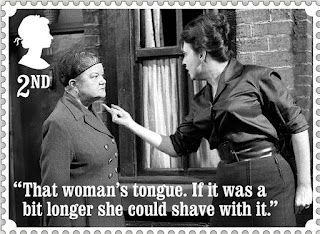 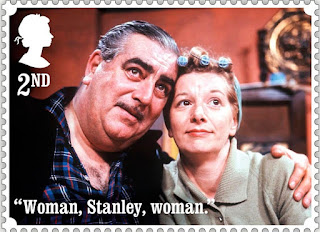 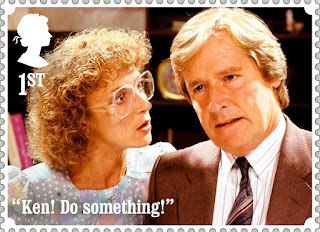 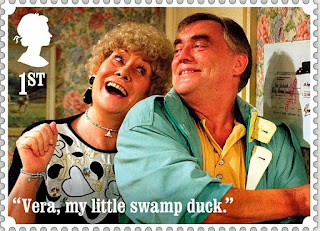 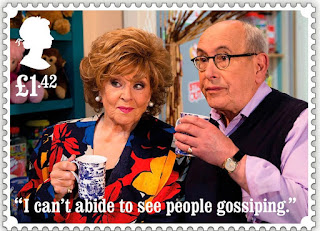 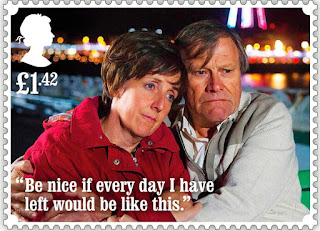 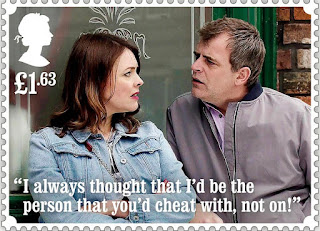 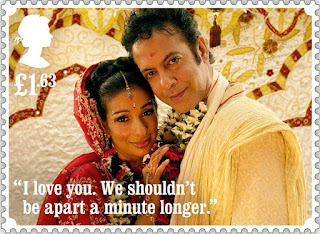