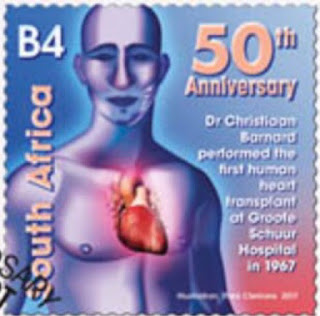 🇿🇦 Some of us are old enough to remember the announcement, now 50 years ago, of the first heart transplant operation carried out by Dr Christiaan Barnard and what a wondrous achievement it seemed to be. Nowadays of course heart transplantation is rather more commonplace but it is fitting that the South African Post Office should have issued a stamp on 1 December 2017 to commemorate this momentous anniversary.
The stamp was lithographed by Thea Clemons and lithographed by La Poste t/a Philaposte, France. Dr. Barnard is depicted on the first day cover. Rating:- ****. 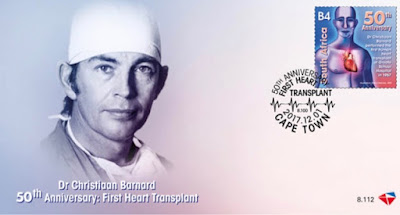 🇯🇪 The Jersey Post Philatelic Bureau is selling the 1960s miniature sheet with an additional inscription for Spring Stampex 2018. The item is said to have been produced in a limited edition of 6000. I do hate it when a postal service issues a miniature sheet and then at very little additional expense overprints it or adds an inscription to it to be sold at philatelic exhibitions. Just another catchpenny product. Rating:- 0. 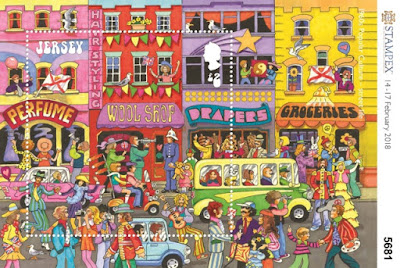 🇬🇮 In Blog 1180 I illustrated the Post and Go stamps dispensed by the Royal Gibraltar Post Office kiosk GI01 at Spring Stampex 2018 in London (where the stamps of course had no postal validity). Much better are the same stamps dispensed by the kiosks, GI02 (Main Post Office) and GI03 (Parcel Office) which are actually located in Gibraltar itself. GI02 is dispensing the new Freemasonry and Year of The Dog stamps with the additional inscription 'Main Post Office' and GI03 is dispensing the same stamps but with the additional inscription 'Parcel Office'. Rating:- **. 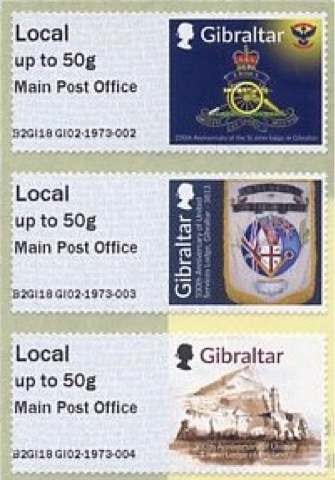 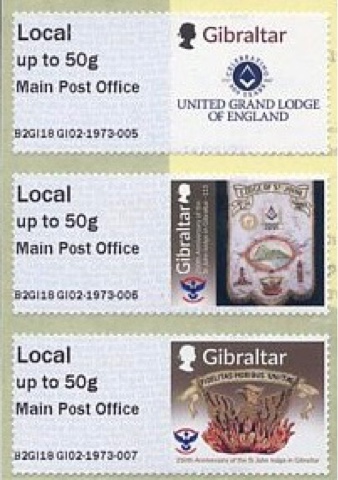 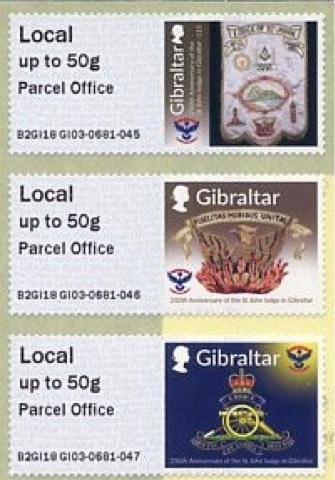 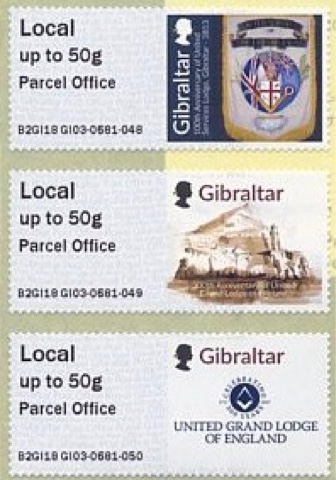 🇬🇧 New Royal Mail Post and Go stamps will be issued from kiosk A001 situated at the Postal Museum in London from 29 March 2018 to September 2018 (exact date to be announced) in connection with the museum's new exhibition which is titled 'Voices from the Deep'. The issue is made up of the 6 'Mail by Sea' stamps with the additional inscription 'Voices from the Deep'. The exhibition will display a selection of more than 700 letters that had been trapped at the bottom of the Atlantic Ocean for more than three quarters of a century in an airlock in the sunken vessel SS Gairsoppa. This is quite an interesting issue and worth considering for addition to a 'Post and Go' collection. Rating:- ***. 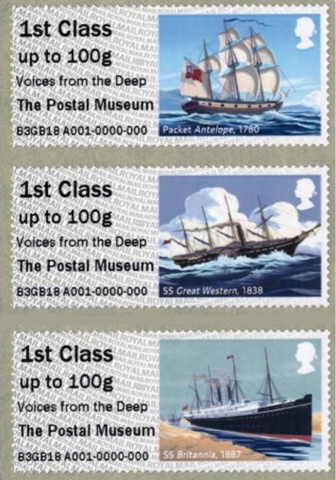 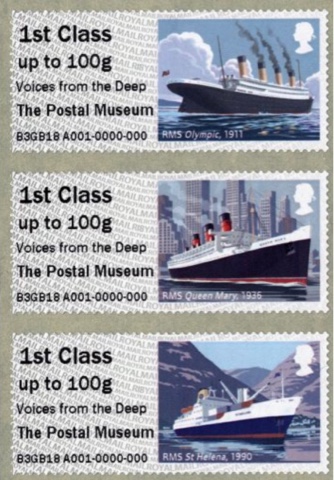