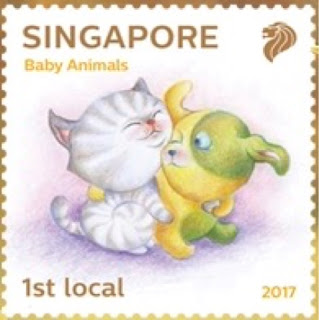 🇸🇬 Singapore Post will issue a set of 4 stamps titled "baby animals" on 28 June 2017. It is not clear why this set is to be released with its admittedly cute but strange animals depicted on the stamps including a green and yellow puppy but I suppose the stamps are cheerful and pleasant and will brighten up any item of mail to which they have been applied. Nevertheless it's hard to feel excited by this issue. Rating:- **. 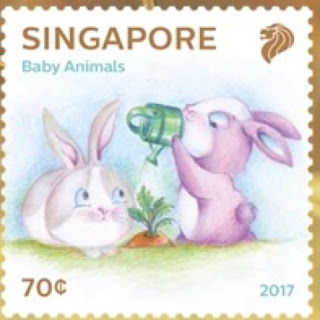 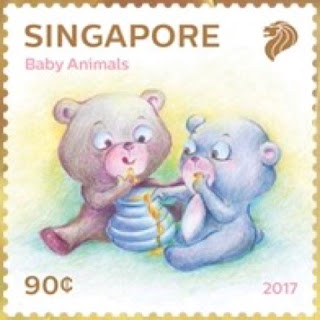 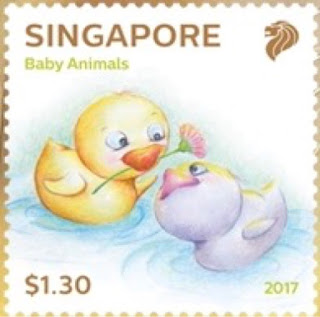 🇮🇲🇬🇧 The Isle Of Man Post Office will issue a bizarre sheetlet on 31 July 2017 to commemorate the 300th anniversary of the United Grand Lodge of England (of Freemasonry). The sheet is in the format of a "Smilers" sheetlet - 10 stamps with attached labels - but the stamps are not any issued by the Manx Post Office but are Royal Mail England 1st class definitive stamps which "can be used for mailing in the U.K." (but not of course in The Isle Of Man).
This is a very strange situation in which one postal administration is producing philatelic items containing postage stamps which are those of another "foreign" postal administration and which can not be used for postage in the territory which is issuing the item. I suppose this is a similar situation to what has been happening in recent years when the postal administrations of various islands have allowed stamps to be dispensed from Post and Go kiosks in exhibitions in mainland Britain whereby the dispensed stamps have no postal validity in the country in which they are sold directly to the public though the effect is the opposite of this Isle Of Man sheet (think about it).
In recent years the Isle Of Man Post Office was allowed to sell its postally non-valid (in England) "Tour de France" sheetlets at a temporary post office in Yorkshire and I suppose that the actual issuing of sheetlets with Royal Mail stamps contained in them is a further extension of the blurring of Royal Mail-Isle Of Man stamp issues and of co-operation between the two entities.
Of course Isle Of Man Post Office issued a sheet in stamps in 2015 which was made up of stamps from 27 different Commonwealth postal administrations (only one of the stamps was Manx) but presumably it had some local postal validity because of the presence of the single Manx stamp. One assumes that the "Grand Lodge" sheetlet has no postal validity whatsoever in The Isle Of Man.
But here's the Real Shocker for "Smilers" sheet collectors - the sheet has a total face value of £6.50p but will be sold by The Isle Of Man Post Office for £45 - in a nut shell then we have an item which is not postally valid in the country which is issuing it but which is being sold at a price 690% greater than face value. I think the Manx Philatelic Bureau is "'Avin a larf" at collectors' expense. Rating:- 0. 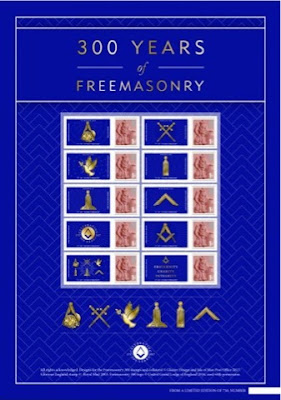 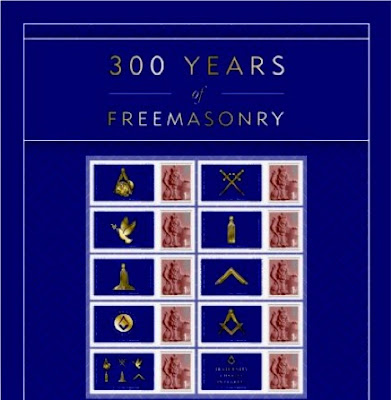 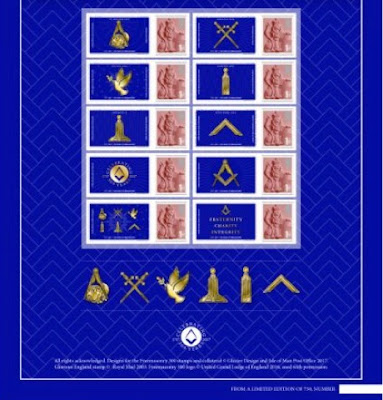 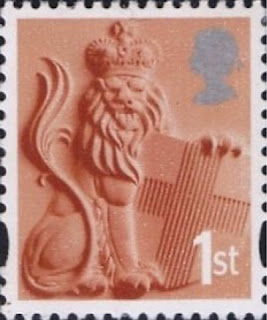 The Isle Of Man Post Office are busy little bees, aren't they? Yes, news of another sheetlet. Another sheetlet of 10 stamps with attached labels will be issued on 5 July 2017 to commemorate the 600th anniversary of the holding of the Tynwald ceremony at St. John's and all stamps contained in the sheet are Manx. The premium attached to the sheet is relatively mild compared with the Freemasonry sheet and the item is being offered for sale at £12.50p. Nevertheless it won't be finding its way into my Manx collection. Rating:- 0.
The 2 stamps featured in the sheetlet are those which appeared in the miniature sheet issued in 2006 to commemorate the Queen's 80th birthday. The new sheetlet contains five of each design. 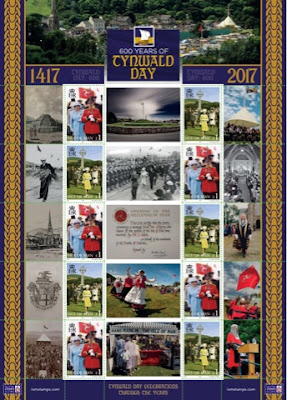 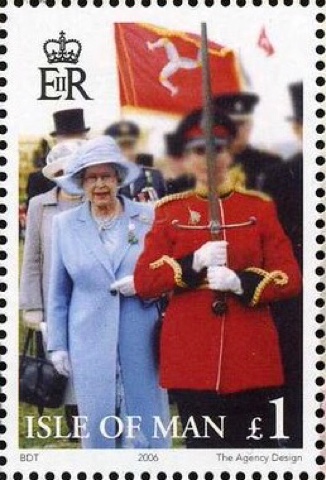 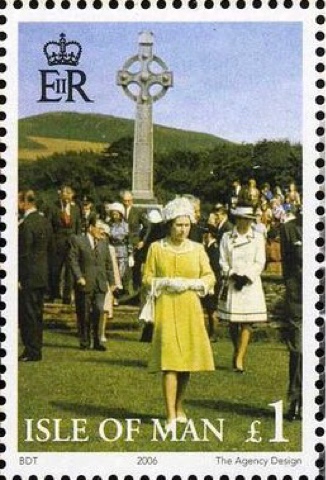