🇳🇦 Nam Post, the postal service of Namibia, issued a set of 3 stamps on 15 June 2017. As usual the excellent designs are by Helge Denker and depict Flame lilies which makes for a very attractive issue. Rating:- ****. 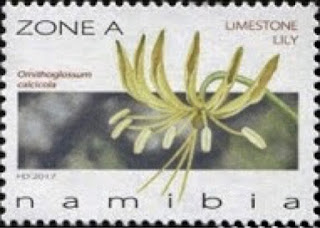 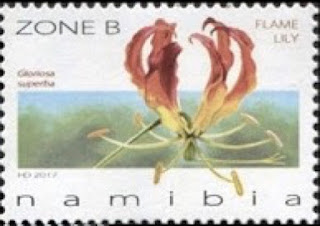 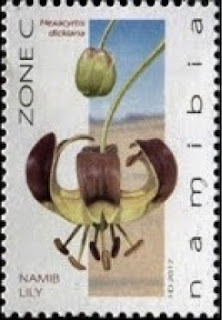 🇬🇧 New Royal Mail Post and Go stamps have been announced:-
Kiosk A003, Fleet Air Arm Museum Yeovilton - 19 July - 21 August 2017 - "Machin Head" stamp with additional inscription "ZA298" and "Union Jack" design with additional inscription "ZD433" which refer to the aircrafts Sea King HC4 and Harrier GR9. These items are being dispensed in conjunction with the new "Cold War to Kabul" exhibition which will be held at the museum.
Kiosk A006, HMS Trincomalee Museum, Hartlepool - 16 June 2017 - October 2017 - Bicentenary of HMS Trincomalee. "Machin Head" and "Union Jack" stamps with additional inscriptions.
Images of the set of 10 stamps to be issued by Royal Mail on 22 August 2017 on the subject of British toys are now to be found on the internet. It is an excellent set depicting classic toys played with by several generations of British children and pleasingly illustrated - thus we have the British equivalent of Barbie, our very own "Sindy", and for the boys we have "Action Man", the British equivalent of "GI Joe". Then there's the monstrous and very silly "Space hopper", a Hornby railway set, "Stickle bricks" which look suspiciously like a British version of Lego, the inevitable "Meccano" for which I could never develop any interest whatsoever, "Spirograph" which kept me busy for hours and the dear old Merrythought teddy bear. Last but not least for me are the "Britain's" soldiers of which I had a veritable army though unlike the Greek warriors featured on the stamp my favourites were the medieval knights decked out in armour bearing the symbols of the War of The Roses - I knew all about the Battles of Tewkesbury and Towton and Barnet when I was about seven or eight because of my Britain's soldiers. I wonder if children have much knowledge of that period nowadays. Rating:- *****. 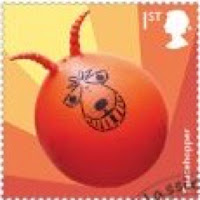 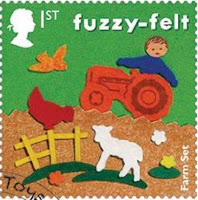 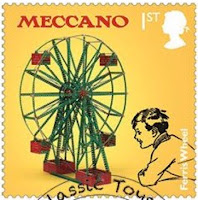 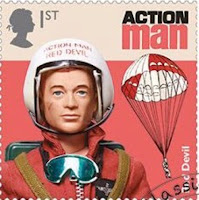 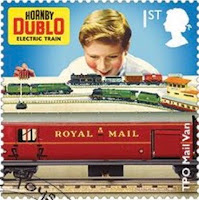 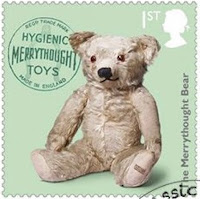 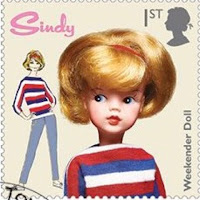 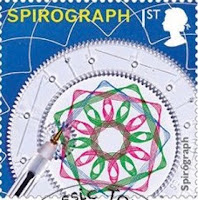 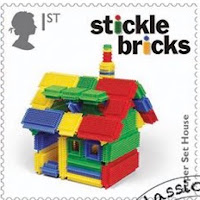 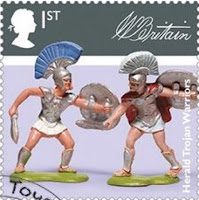