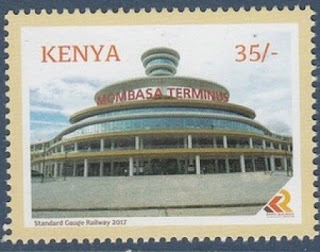 🇰🇪 Kenya Post issued a set of 5 stamps and 1 miniature sheet on 31 May 2017 to commemorate the beginning of passenger services on the newly constructed Standard Gauge Railway from Nairobi to Mombasa. 90% of the funding for the railway was supplied by a loan from the Exim Bank of China and 10% from the Kenyan government. Construction was primarily carried out by the China Road and Bridge Corporation and this issue appears to be yet another of those seen from many postal administrations which commemorate the country's links with China. The current President of Kenya is featured on the 50/- value and the miniature sheet stamp. An interesting issue, rating:- ****. 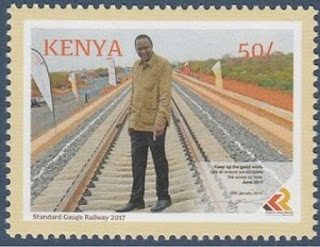 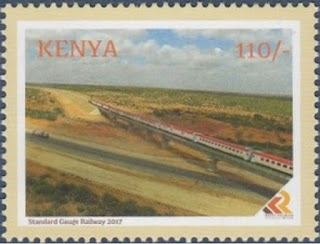 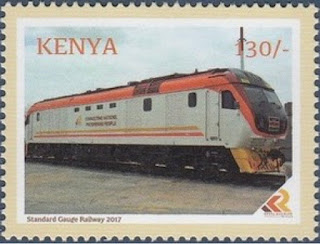 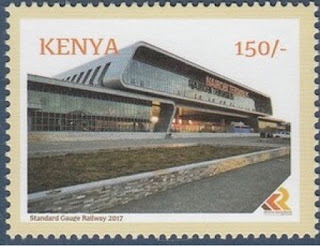 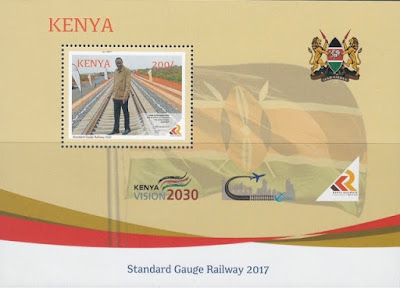 🇮🇲 Isle Of Man Post Office will issue a set of 6 stamps on 29 June 2017 on the subject of Coastal birds. The designs, which show excellent bird paintings by Jeremy Paul, are very attractive and very much more preferable than those bird stamps issued last year by the Manx Post Office which depicted cartoon-style birds. Rating:- *****. 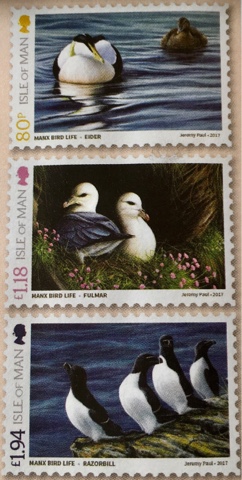 🇬🇬 Guernsey Post has announced that it will issue a set of 6 stamps on 19 July 2017 to commemorate the total solar eclipse which will occur on that day. The issue, titled "Alderney coastal eclipses" was designed by The Potting Shed and lithographed by Enschede and perforated 13.5 x 14. The issue is inscribed "Alderney". One design has been released as part of pre-publicity and it is rather perplexing in that it does indeed depict a solar eclipse but as to how one would know that it is being viewed from Alderney or that it is "coastal" is unclear since no scenery is illustrated on the stamp at all. Rating:- *. 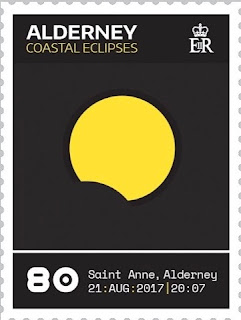 I now depict here the miniature sheet of the Guernsey Post Folklore set described in Blog 1011. It features "Le coin de la biche" - the "Corner of the Goat" - a huge spectral goat which appeared and terrified workmen (no doubt it gave them an excuse for not completing the job they were working on - I'm surprised I haven't heard a similar excuse from some of the workmen who have been supposedly doing jobs for me in the past). Rating:- *****.