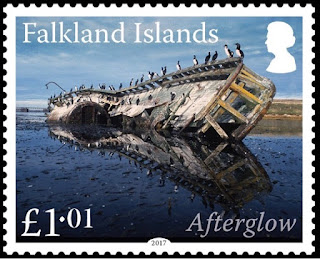 🇫🇰 A splendid new set of 4 stamps from the Falkand Islands postal service will be issued on 27 March 2017 on the subject of Local shipwrecks. The designs are taken from some striking photographs by Tony Chater and lithographed by Cartor and perforated 13.5 x 13.
The stamps will be particularly interesting to collectors of Birds on stamps since various types of birds are to be seen perching on the wrecks. I shall look forward to seeing what species are identified on the stamps by philatelic twitchers. Rating:- *****. 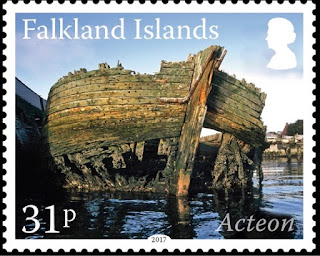 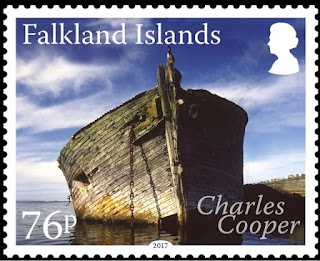 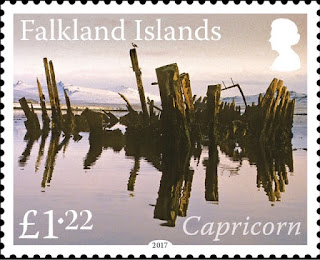 🇬🇮 The Royal Gibraltar Post Office issued a set of 6 stamps and 1 miniature sheet on 6 February 2017 to commemorate the 65th anniversary of the accession of Queen Elizabeth II. The set is a rather unimaginative collection of black and white photographs, with tinges of colour in the stamps and miniature sheet stamp. This is yet another design by Stephen Perera who perhaps should give someone else a chance. The issue was lithographed by Cartor, rating:- **. 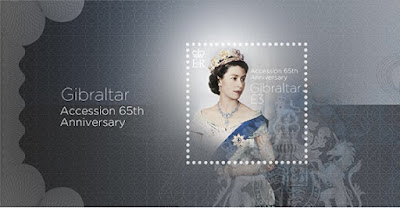 🇸🇱 For those who can't find enough pictures of newly elected USA President Donald Trump, Stamperija, released on 30 January 2017, a delightful "sheetlet" of 4 different "stamps" and 1 "miniature sheet" on the subject of what it calls "Trump's Transport". What can be more fascinating to the people of Sierra Leone, the country whose name is printed on these items, than photographs of President Trump smirking at his exceedingly expensive motor cars? 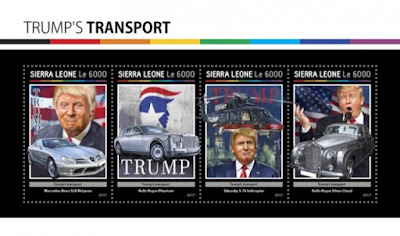 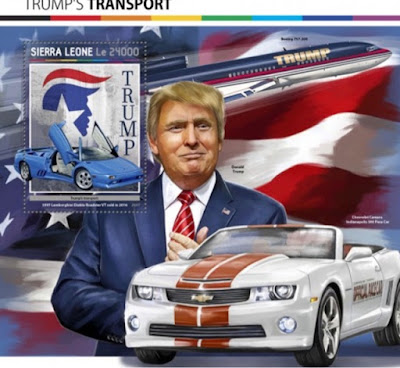 No doubt too that the people of Sierra Leone have been in national mourning after the death of the aged and polyandrous Hollywood actress Zsa Zsa Gabor who also has a sheetlet of 4 different "stamps" with accompanying miniature sheet dedicated to her and they will be rushing to their post offices to snap up the 32 stamps (8 sheetlets) and 8 miniature sheets showing "Masterpiece" paintings. The featured art subjects are:-  Surrealism, Romanticism, Post Impressionism, Work of Ivan Aivazovsky, Work of Frieda Kahlo, Ancient Egyptian art, Art by Klimt and Art by Rodin. All 8 "sets" are similar in format and time is too valuable to be wasted depicting them all but as an example the "Masterpieces of Surrealism" stuff is reproduced below. Rating:- 0. 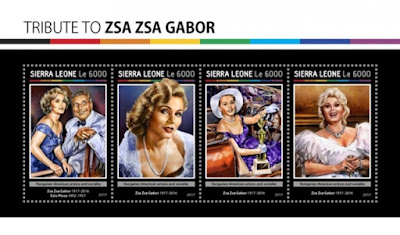 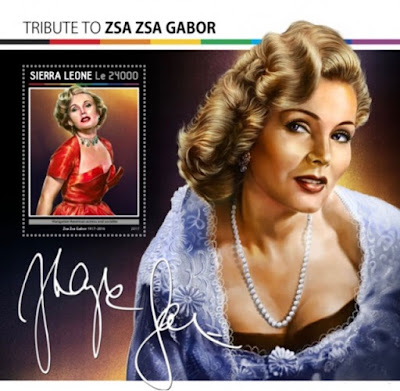 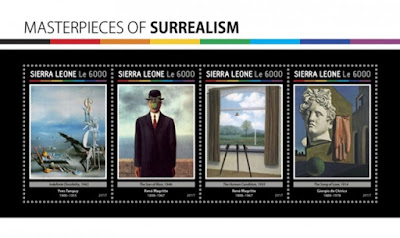 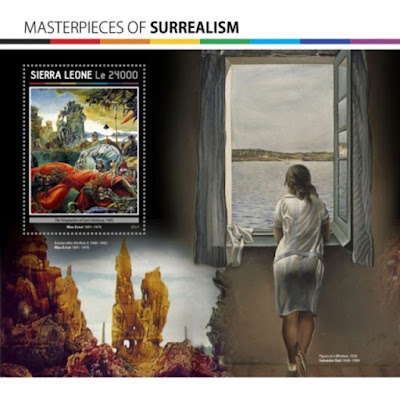