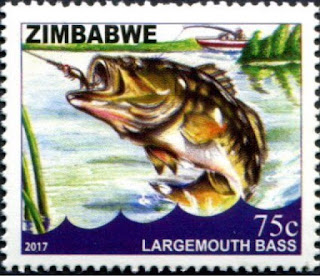 🇿🇼 ZimPost, the postal service of Zimbabwe, issued a set of 4 stamps and 1 miniature sheet on 30 January 2017 on the subject of Fishing in Zimbabwe. The designs feature some naive local art but are very charming. Rating:- ****. 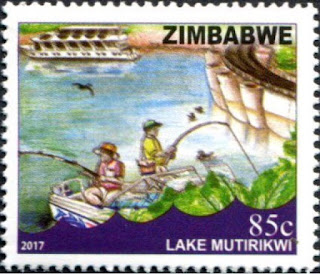 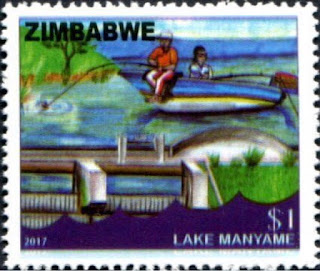 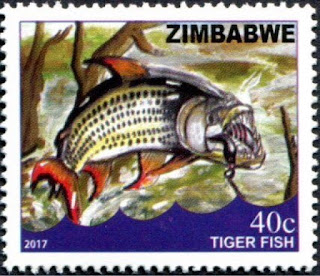 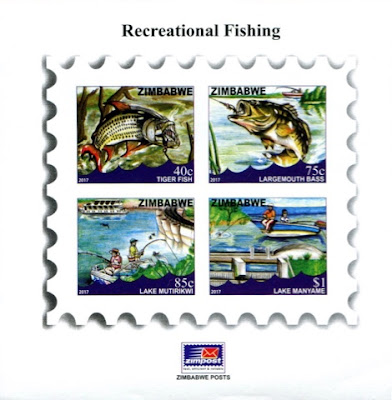 🇬🇧 Images of the splendid set of 10 stamps on the subject of Songbirds to be issued by Royal Mail are now to be found on the internet. These are beautiful illustrations of 10 different British birds from the tiny wren and goldcrest up to the cuckoo. Of the featured species, I usually have Great tits nesting in the boxes in my garden most years and for many years I used to walk the dog daily across fields where most summer afternoons a yellow hammer was sitting at the top of its favourite tree calling out for a "little bit of bread" but telling everyone that it wanted " no cheese". This is another superb set to come from Royal Mail during 2017, following hot on the tails of the Racehorses set and the excellent Ancient Britain set as well as the remarkably popular David Bowie issue. One really doesn't mind splashing out a bit of money on stamp issues of such high quality. Royal Mail really seems to have got its act together this year. Rating:- *****. 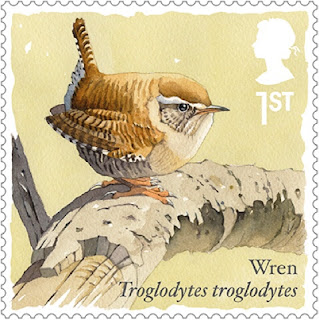 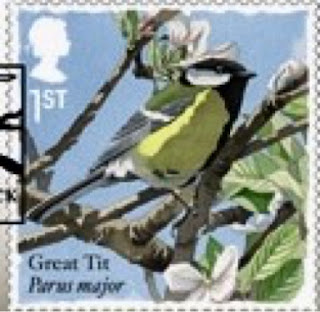 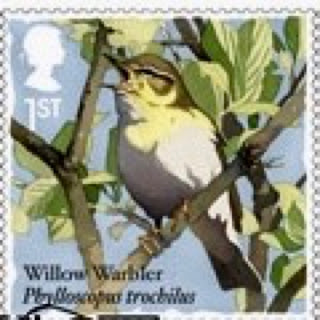 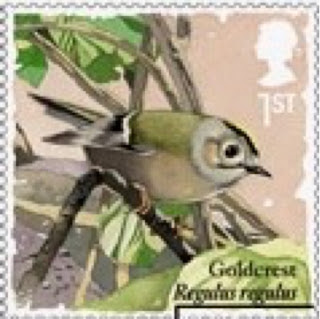 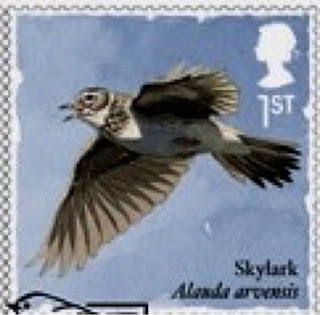 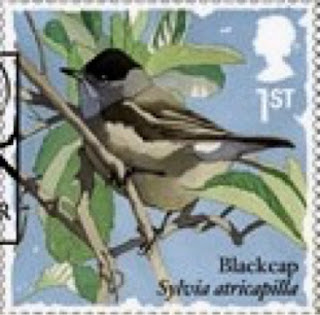 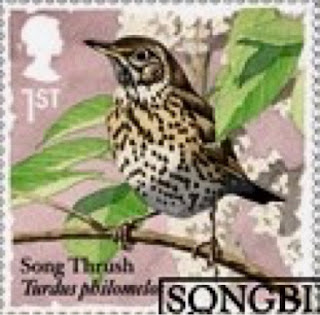 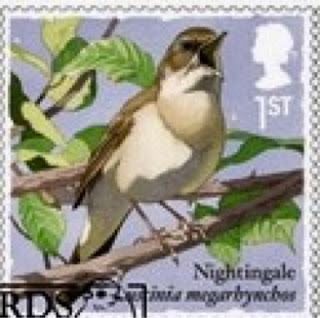 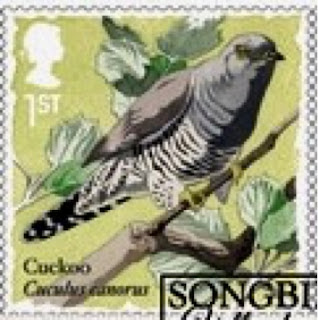 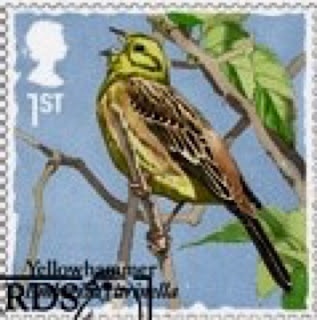 In Blog 391, I mentioned the new Post and Go labels which Jersey Post plans to release in the near future. These are now depicted below:-
20 March 2017 - Birth centenary of Dame Vera Lynn. Kiosk JE02. Additional inscription "We'll meet again/Broad Street" on Jersey Flag labels. 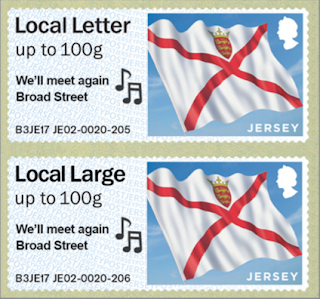 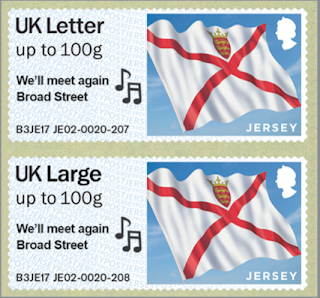 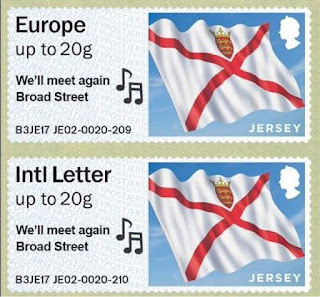 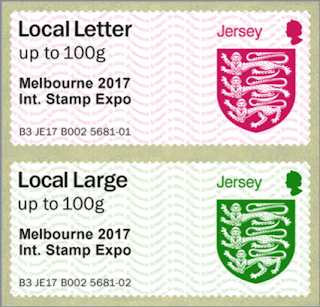 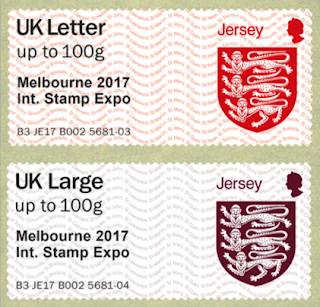 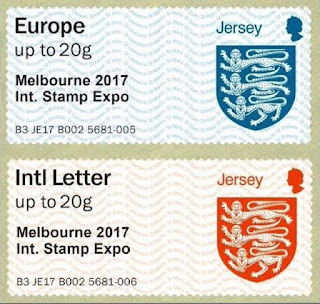