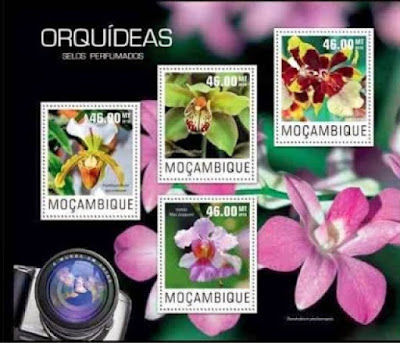 I have changed the format of this year's "Greediest Stamp Producers" list to take account of the fact that many Commonwealth stamps are no longer issued by government-owned post offices or postal administrations but instead by foreign philatelic agencies which make a payment to governments or postal administrations for the right to produce "stamps" with the name printed on them of the country whose postal service is mainly provided by that particular postal administration.
These philatelic agencies frequently have an almost free hand in deciding how many stamps per year should be produced on behalf of their client territories as well as deciding the stamps' face values and their subject matter which very often has no direct relevance to the territories whose names appear on these philatelic products.
Sometimes a few stamps, usually with strictly locally relevant subjects and in face values which meet local mail rates, can be identified as being associated directly with the postal administrations (often poorly publicised in the philatelic press and hard to obtain) and issued for use on local mail or to publicise an important local event or anniversary, celebrity or aspect of local culture or tourist promotion. For the purpose of this survey such stamps have not been included in the list of agency-issued stamps and are listed as products for sale by the local postal administrations with the intent of using them on non-philatelic mail.
The lists include stamps from ordinary sheets, miniature sheets, "kiosk-printed" eg "Post And Go", and booklets although for some countries entire booklets are included in the list as are some Personalisable stamps/sheetlets but I am afraid that I have been a little inconsistent with this latter group of items - though this inconsistency has no real effect on a stamp-issuing entities' positions in the table.
For the first time issues by Stamperija for its client territories (Maldives, Mozambique, Solomon Islands and Uganda) are grouped together as are those of IGPC for its main client territories (Antigua And Barbuda, Dominica, Grenada with Grenada Grenadines, Ghana, Guyana, Montserrat, Nevis, St. Kitts, St.Vincent And The Grenadines (as always the so-called stamps with the names of individual Grenadines islands printed on them are not included at all), Sierra Leone, Tanzania, Turks And Caicos and Tuvalu).
Issues emanating from Guernsey Post (for Guernsey and Alderney) are grouped as one entity as are those from Australia Post (Australia, Australian Antarctic Territory, Christmas Island and Cocos (Keeling) Islands), Cook Islands Postal Administration (Cook Islands with Rarotonga, Aitutaki and Penrhyn), Tonga Postal Administration (Tonga and Niuafo'ou) and New Zealand Post (New Zealand and Ross Dependency).

The list of the Commonwealth's Top 20 Greediest Stamp Producers during 2014 is therefore as follows:-

We may choose to join the Samoa, Tonga and Cook Islands issues together under the single entity of Philatelic Collector Inc. which would give a grand total of 310 items (which would be no. 4 in the table) for such a stamp producing entity but for the present I have continued to include them as individual territories.

New Zealand Post has managed to occupy the appalling 3rd spot in the list of greediest territories by not only producing regular national stamp issues but also releasing individual personalised stamps and "local" issues on to the philatelic market.

Royal Mail and Australia Post once more perform shamefully by occupying the 4th and 5th spots in the table. The removal of the individual Stamperija and IGPC territories has resulted in some of the larger territories either rising higher in the table - Canada Post rises from no. 13 to no. 8 (even though it issued less stamps during 2014 than 2013) or entering the Top 20 for the first time - Singapore Post, Sri Lanka and Pos Malaysia. South Africa issued far fewer items in 2014 (63 compared with 108 in 2013) but that was probably due to the prolonged postal strike in the country during 2014 which reduced the postal administration's ability to physically issue new stamps). India Post issued only 40 new philatelic items during 2014 compared with 119 items during 2013 and hence fell right out of the top 20.

The least greedy postal administrations were:-
I wonder if any of this latter group will fall prey to the foreign philatelic agents hoping to add to their "portfolios" during 2015. Stamperija has already swallowed up Sierra Leone but that is of little importance to collectors since that was merely exchanging IGPC for Stamperija, both of which seem to have the same view of of profiting from stamp production for the postal administrations of generally impoverished countries as well as what stamp collectors will buy and the amount of money they will be prepared to spend on such products. Generally, most of the "Least Greedy" postal administrations have had very conservative new issue policies for years and do not seem to be interested in issuing new stamps but there may one or two territories on the list who could prove susceptible to the blandishments of foreign philatelic agents.

Where will it all end? (a question I have asked before).