564. Isle Of Man Cashes In On Royal Birth; Post And Go Labels To Be Sold In The Strand 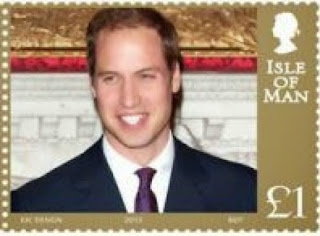 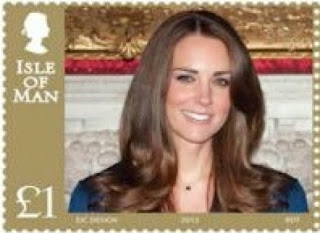 On 11 May 2015, Isle Of Man Stamps will release a strip of 2 previously issued stamps which depict The Duke and Duchess of Cambridge with a connecting label between them which draws attention to the birth of Princess Charlotte Elizabeth Diana of Cambridge. The item was announced on the actual day of the birth (2 May 2015) - there's nothing quite like getting ahead of one's commercial rivals - when the new baby's name was unknown and the original illustrations of the item showed the label as being inscribed "ANNOUNCING THE BIRTH OF HRH THE PRINCESS OF CAMBRIDGE 2ND MAY 2015" (as depicted above) but the Isle Of Man Post Office website now shows an altered illustration suggesting the label will give the baby's full name:- "ANNOUNCING THE BIRTH OF HRH PRINCESS CHARLOTTE ELIZABETH DIANA OF CAMBRIDGE".
This is the second time in a matter of a few weeks that Isle Of Man Stamps has recycled a previous design (see Blog 539). Interestingly, although the postal administration has now commemorated the births of both the new princess and her older brother, Prince George, neither of the children has actually been depicted on any Manx stamps:-

Intelligent A R has stated that "Post And Go" kiosk GI01 will be launched at the Europhilex Philatelic Exhibition in London on 13 May 2015 and so these type of labels ascribed to Gibraltar will enter the philatelic market. Importantly there will be no kiosk located in Gibraltar itself which would enable the mail-sending public of Gibraltar to produce these items in the territory itself and any labels produced by the Gibraltar Stamps kiosk at the exhibition will not of course be valid for postage inside The United Kingdom which is where they are actually being dispensed.
It seems to me therefore that, just as in the case of the peripatetic Guernsey kiosk, the labels produced at present can not be viewed as anything more than exhibition souvenirs rather than real postage stamps even if they are valid for postage if you carry them into the country whose name is printed on them. Until the time that a kiosk is physically located in Gibraltar itself which is freely available for the use of the ordinary mail-senders of Gibraltar I shall not bother to buy any of these items since I rarely buy exhibition souvenirs.
Interestingly, when the Europhilex exhibition is ended, kiosk GI01 will be transported to Gibraltar House in The Strand in London and located there inbetween exhibition appearances. I suppose Gibraltar House is probably viewed as territory of Gibraltar but since no postal service operates from Gibraltar House the labels remain postally invalid in the city in which they are dispensed and so can not been seen as postage stamps.
For those who like to spend money on these items, GI01 will dispense labels which depict the flag of Gibraltar as well as the Royal Mail Union Jack stamps (which of course will be postally valid in Britain) presumably without any additional inscription relevant to the Europhilex exhibition. The kiosk's next exhibition appearance will then be at the Autumn Stampex Exhibition. The city flag of Gibraltar is shown below:- 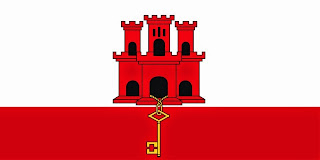 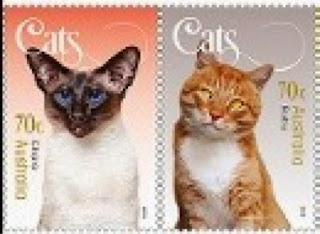