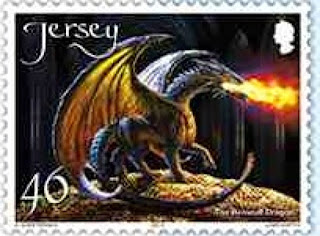 Clangers enthusiasts (see Blog 497) will be disappointed to discover that the next new issue from Jersey Post will not feature the Soup Dragon although the 6 designs to be released on 6 January 2015 will depict various examples of the mythical reptile including The Welsh Dragon, The Colchian Dragon, Chinese Dragons, St. George and the Dragon, the Dragon from Beowulf and The Bakunuwa from The Philippines. The issue was designed by Adrian Chesterman and lithographed by Lowe-Martin.
There seems to be no reasonable explanation for the issue of this set on a theme where none of the designs depict a subject which has relevance to Jersey. Why is Jersey Post depicting a mythical beast of The Philippines on its stamps? There are two clues from its press release:- "The stamps make fantastic collectables and we're sure they'll be a big hit" (face value £4.07 per set plus £4.07 for the miniature sheet making a grand total of £8.14) and "The announcement of Jersey Post's 'Dragons' stamps coincides with the release of the much awaited fantasy film 'The Hobbit: The Battle Of The Five Armies' which arrives at UK cinemas this weekend which features the fearsome dragon Smaug" (perhaps Jersey Post were hoping to feature Smaug on one of the stamps to cash in on the film but were not allowed to do so). Instead, the press release reassures us that "A similar fire-breathing dragon can be seen on Jersey Post's 46 pence stamp guarding a glittering hoard. This illustration is in fact based on the dragon from the epic Anglo-Saxon poem, Beowulf, an important source of inspiration for Tolkien's The Hobbit" (actually, that is of interest since I believe that this stamp is actually the first ever philatelic depiction of the poem which is of immense importance in the history of English literature).
There is no doubt that this is a colourful, imaginative issue from Jersey but apart from it being an opportunity to extract £8.14p from stamp collectors' pockets there appears to be no reason whatsoever for this small island to release such a set of stamps. I shall not be adding it to my Jersey collection. Now....if one of the stamps had featured the Soup Dragon, things might have been different! 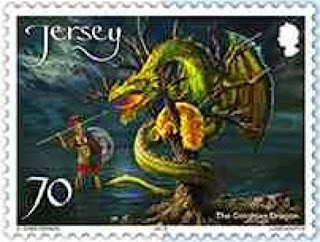 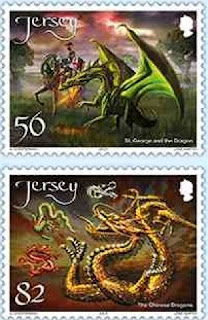 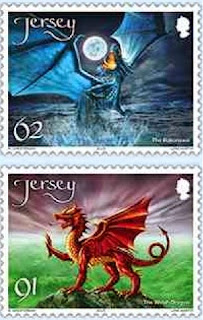 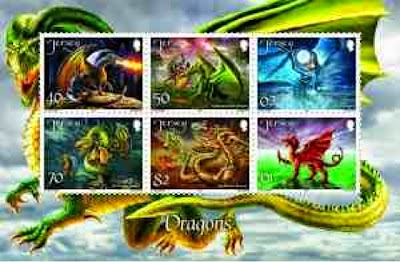 Below I illustrate a number of items which were detailed in Blog 499E:-
Grenada - 8 December 2014 - World Wide Fund For Nature - White-tipped shark:- 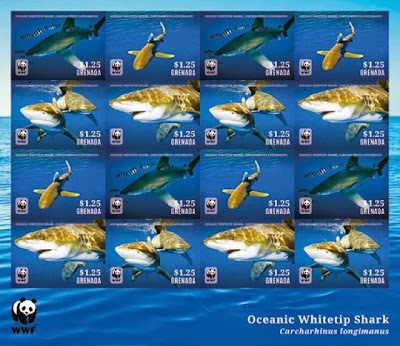 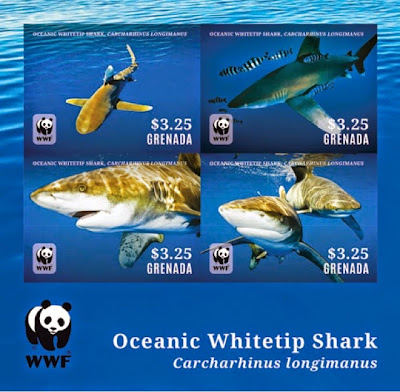 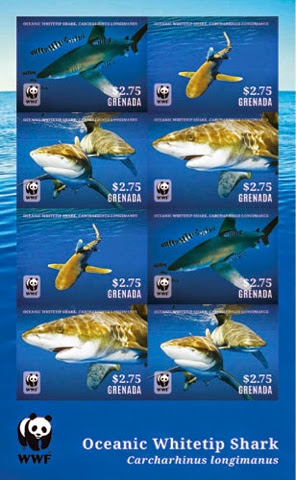 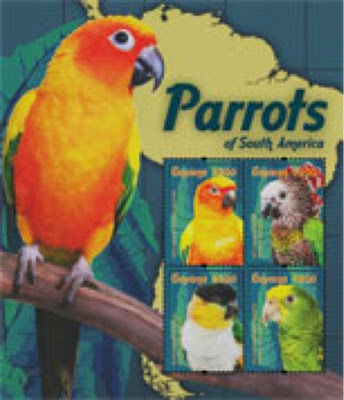 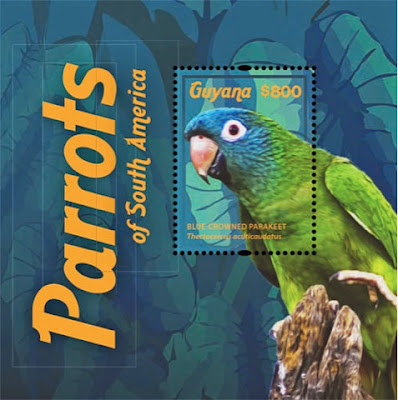 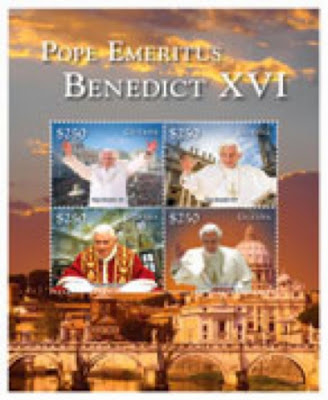 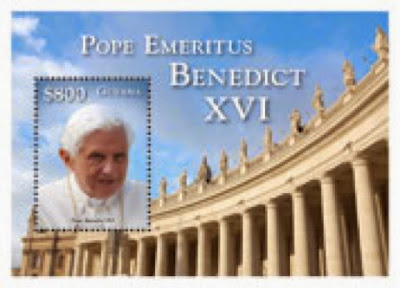 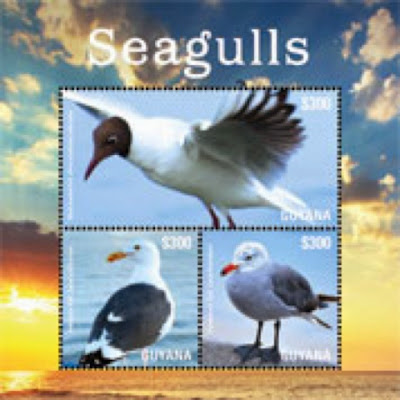 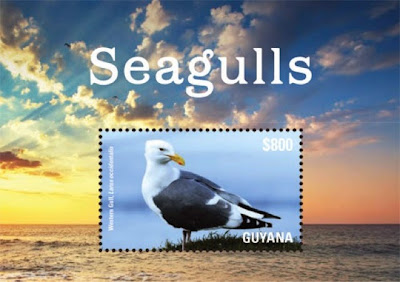 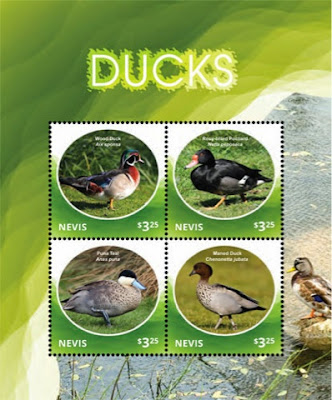 Royal Mail - 5 January 2015 - 150th anniversary of the publication of Lewis Caroll's "Alice's Adventures In Wonderland" (see Blog 499B where some of the values have been illustrated). Collectors of the theme of "Birds on stamps" will doubtless be interested in the £1.28p value which depicts Alice holding a flamingo and using it as a croquet mallet:- 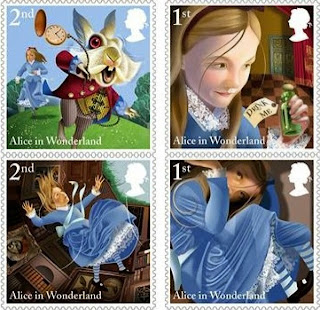 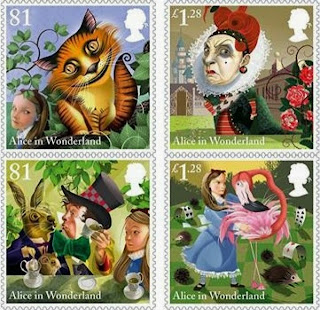