493. Malta Commemorates Its Role In The First World War. 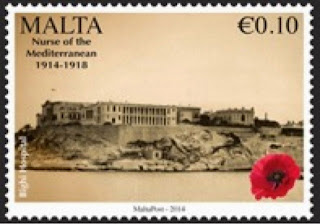 MaltaPost issued a set of 3 stamps on 7 November 2014 to commemorate the Centenary of the beginning of the First World War. The designs, by Paul Psaila, are titled collectively "Nurse of the Mediterranean" and draw attention to the fact that during the war the island, which was home to 4 British military hospitals, took thousands of casualties from various theatres of war including Gallipoli from where the first 600 casualties arrived in Malta on 4 May 1915. Casualties were also brought to Malta from the Salonika campaign. 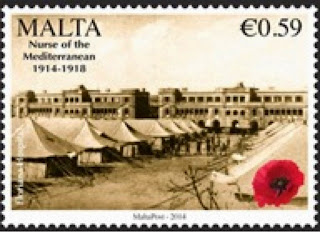 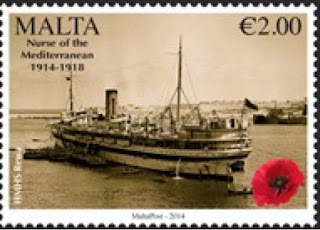 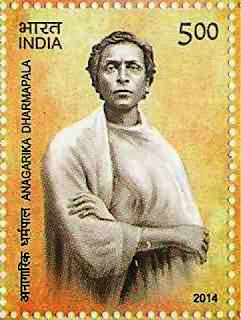 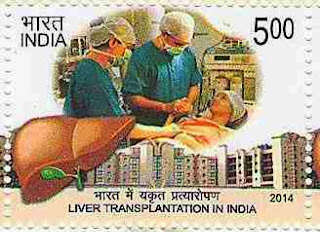 The latest philatelic products with Commonwealth connections to emanate from the prolific philatelic agency Stamperija number 10 sheetlets, each containing 4 different "stamps", and 10 miniature sheets all with the name of Maldives printed on them. The themes of these items on this occasion are dogs, cats, dolphins, lighthouses, minerals, butterflies, dinosaurs, turtles, orchids and mushrooms. The agency has stated that the "date of issue" was 14 October 2014.
The choice of dogs as a stamp issue subject for such a devoutly Muslim country as Maldives is surprisingly insensitive since dogs are considered ritually unclean in Islam and one questions whether a Maldivian would be prepared to lick a stamp with such an image on it even if this particular set actually finds its way to being put on sale at an ordinary Maldivian postal counter. This insensitivity to the devout Maldivian national Islamic character has previously been exhibited by another product from Stamperija - the depiction of immodest and provocative pictures of Marilyn Monroe on a set of Maldive "stamps" which was released in 2013 (see Blog 331). 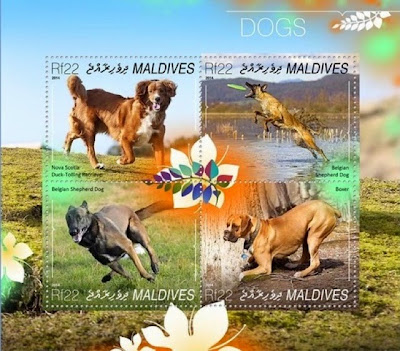 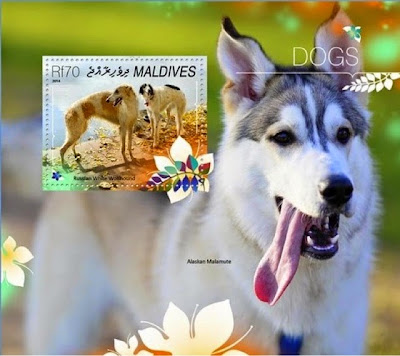 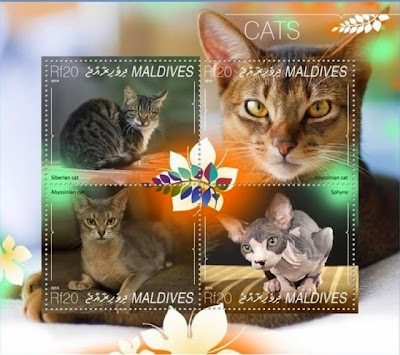 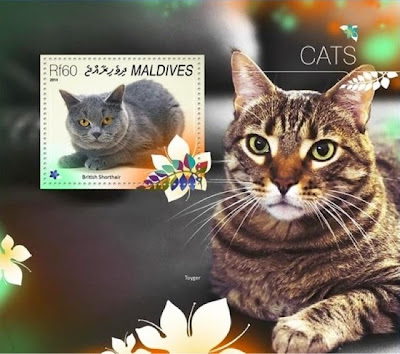 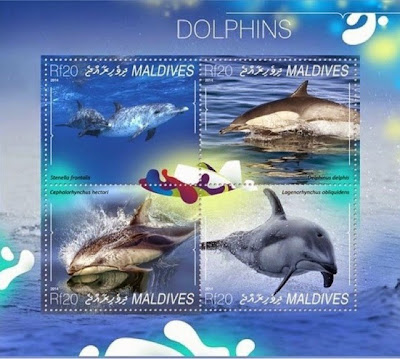 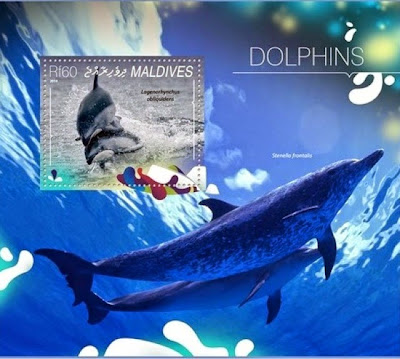 In Blog 491 I described the latest issue of Personalisable stamps from Papua New Guinea and below I illustrate all of the stamps from the set which depict local  birds of paradise. There is one additional item in which the stamp itself depicts a local man wearing a head dress (with feathers presumably obtained from one of the local birds) with the attached label also depicting a bird of paradise. The identification of the species in the captions is taken from the inscriptions on the stamps:-