South Georgia And South Sandwich Islands will issue 3 sets of 4 stamps on 5 November 2014 to commemorate the centenary of the Imperial Transantarctic Expedition. Each set commemorates a hero of the expedition - Frank Hurley, Frank Wolsey and Tom Crean. The stamps were designed by Bee Design and lithographed by BDT International:- 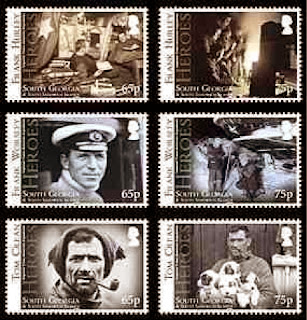 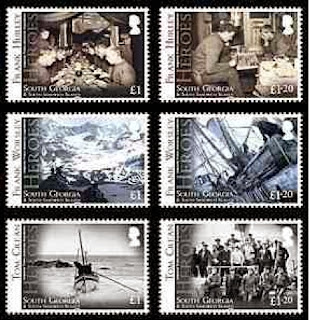 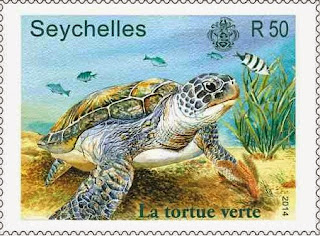 Both Mauritius Post and Seychelles Postal Services each released a single stamp on 9 October 2014  to commemorate World Post Day. The joint issue was actually part of a mini-omnibus issue released by 6 Indian Ocean territories - the others being France (representing Reunion), Comoros, Madagascar and French Southern And Antarctic Territories. The stamps were designed by Claude Perchat and lithographed by Philaposte of France. The stamps of all six territories depicted an identical design of a green turtle as a means of promoting protection of the turtle in the Indian Ocean area.