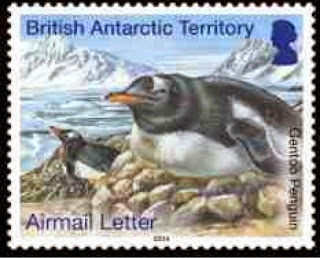 The first British Antarctic Territory issues to be produced by Pobjoy Stamps/Creative Direction are scheduled to be released in the territory around 16 to 19 November 2014.
The first set consists of 5 "Airmail Letter" stamps and 5 small self-adhesive coil "Postcard rate" stamps all of which depict penguins. The excellent set was designed by Robin Carter and lithographed by BDT (airmail letter stamps) and Lowe-Martin Group (Postcard rate stamps):-

A set of 4 stamps will be issued on the subject of the iStar scientific programme which is researching ice loss in the Western Antarctic Ice Sheet area. The set was designed by Bee Design and lithographed by BDT:- 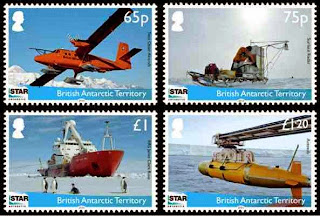 A set of 6 stamps will be issued which will be the second issue to commemorate the centenary of the Imperial Trans-Antarctic Expedition. This set was also designed by Bee Design and lithographed by BDT International:- 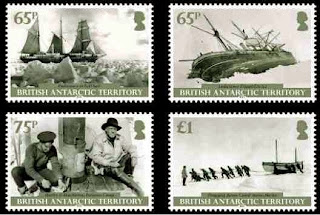 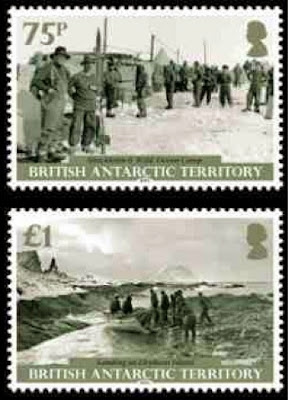 Finally, another marvellous set of 4 stamps and a sheetlet of 9 stamps will be issued on the subject of the Antarctic food web. The set was designed by Nick Shewring and lithographed by BDT International:- 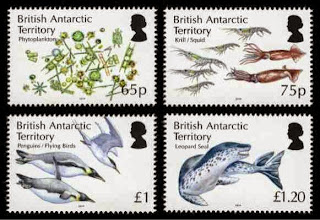 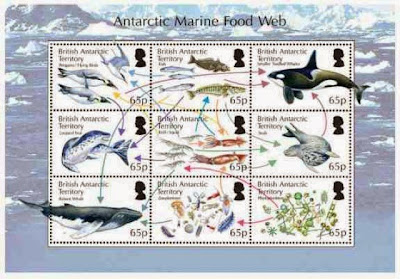 Cyprus Post will issue the first part of a new definitive set on 10 October 2015. The subject of the issue is "Intellectual Personalities of Cyprus" and the stamps were designed by Costas Panayi, Marianna Iacovou and Sophia Malicos. Printing was carried out in lithography by Giesecke and Devrient Matsoukis:- 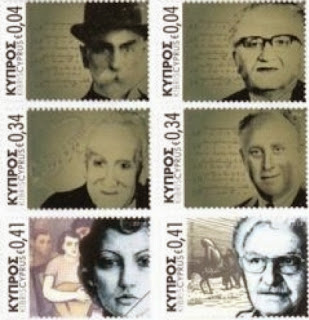 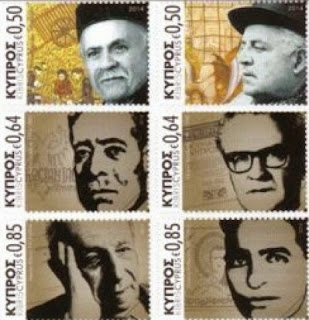