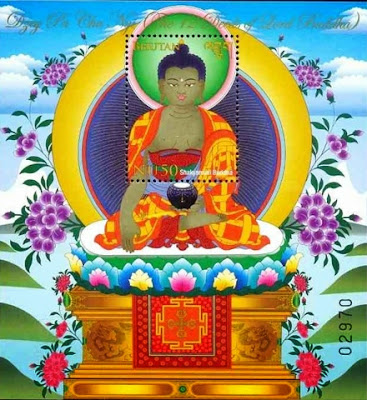 In Blog 461 I detailed the latest list of new stamp issues from Bhutan Post and these are now illustrated in this Blog. Above and below are the sheetlet and miniature sheet on the subject of the Twelve Deeds of Lord Buddha (issued 31 July 2014); 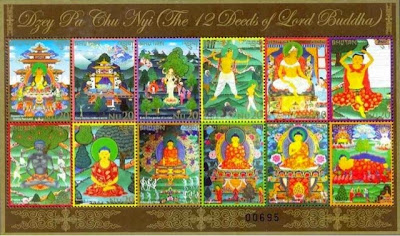 15 August 2014 - Centenary of cultural ties between the University of Texas in El Paso and Bhutan:- 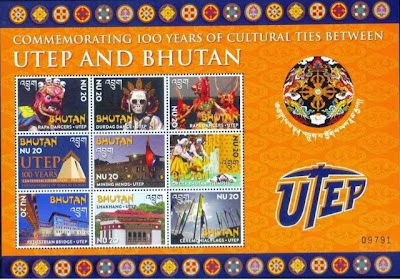 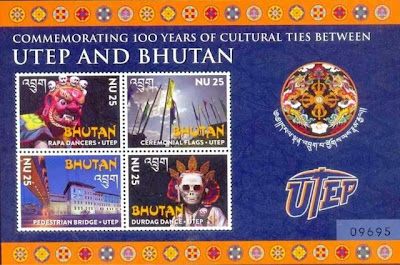 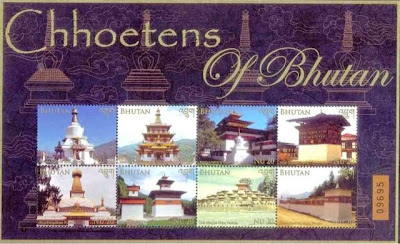 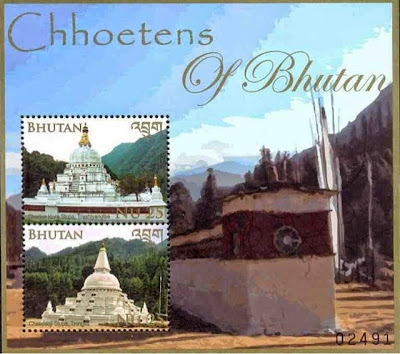 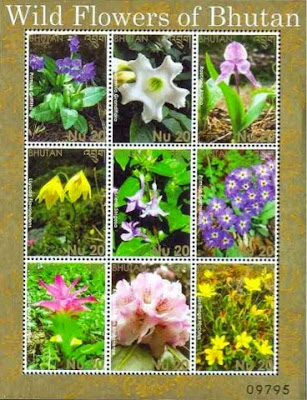 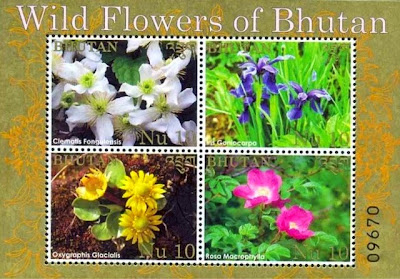 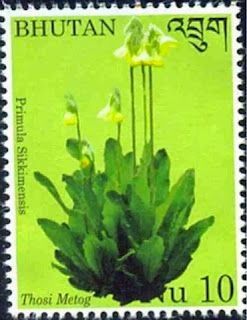 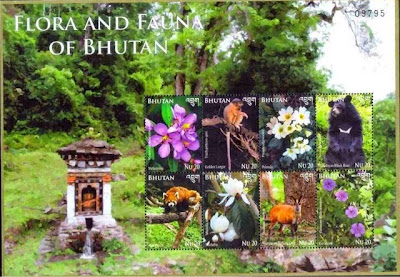 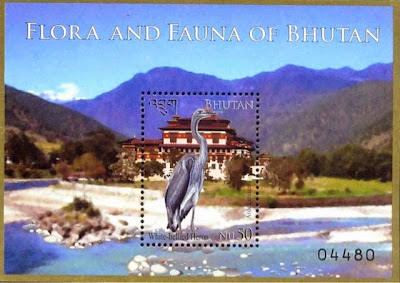 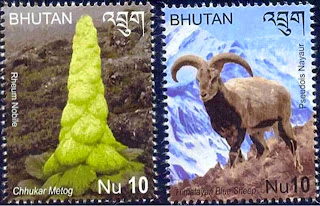 Following on from the set of stamps to be issued by Ascension Island detailed in Blog 470, it has been announced that a similar set of 6 stamps will be issued by Tristan Da Cunha on 28 October 2014 to commemorate the 350th anniversary of The Royal Marines. The designs consist of pictures of the Royal Marines in action through the ages and are splendid art by Robin Carter who also designed the Ascension set. The stamps were lithographed by BDT International Security Printers:- 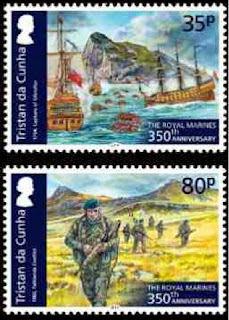 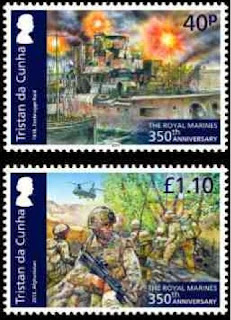 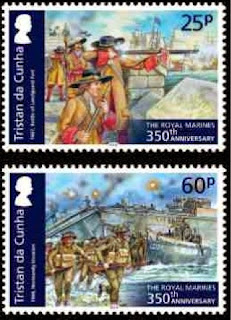 Isle Of Man will issue a miniature sheet on 23 October 2014 on the subject of silk banners which were created for the Celtic Kingdom Festival of Silk which was hosted by the Isle Of Man Guild of Silk Painters in 2013. The issue was designed by EJC Design and lithographed by LM Group. This is an attractive, interesting and locally relevant issue but does it really have to have a face value as high as £3? And while I am not usually an enthusiast for gimmicky stamps, surely this issue should have been printed on silk similar to the Hong Kong Lunar New Year silk miniature sheets - if it is necessary to produce high face-valued stamps then collectors might as well be treated to something really special.

A charming set of 6 gummed and 2 self-adhesive stamps will be also released on 23 October 2014 for use on Christmas mail. The subject of the issue is Raymond Briggs' story of The Snowman and The Snowdog. The set was lithographed by Cartor and the self-adhesive stamps were produced in sheets of 25 stamps:- 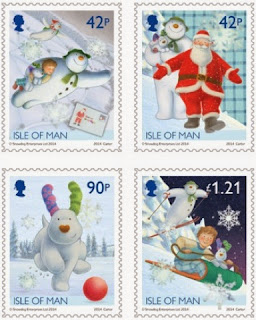 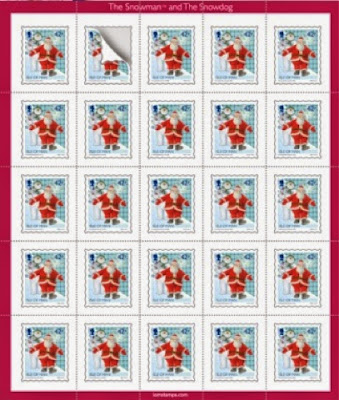 There is also news of another excellent stamp issue - this time from Jersey - which will be released on 9 October 2014 and which is composed of excellent designs, by Nick Parlett, on the subject of the Jersey oyster fishing industry. The set was lithographed by Cartor and is accompanied by a  £2 miniature sheet and expensive £14.21p "Prestige Booklet". 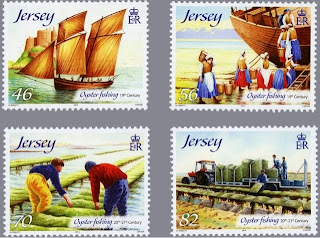 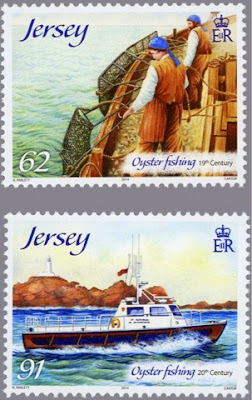