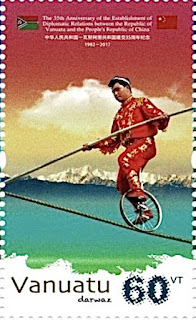 15 March 2017 - 35th anniversary of the establishment of diplomatic relations between Vanuatu and The People’s Republic of China - 1 miniature sheet containing 8 stamps (4 se-tenant pairs). The local press in Vanuatu publicised this issue in 2017 (see Blog 1038) but only showed the stamps as a se-tenant pair on a first day cover. Subsequently the issue was never featured on the Vanuatu Post philatelic sales website and I have never seen it offered for sale - until now (and only after years of searching). The issue was apparently released as a miniature sheet containing 4 se-tenant pairs and I recently found it being offered for sale by a dealer in China. I have placed an order for it but whether I ever see it remains to be seen. It is likely I think, that despite the froth of the joint Chinese-Vanuatu press conference and publicity, it was never issued in Vanuatu but did find its way to at least one dealer in China and has now appeared on the market if you search hard enough for it though it may have been on sale there for a long time without me ever finding it. Regardless, even if it is an issue that was never sold in Vanuatu it is interesting and if nothing else, I am glad to have solved the mystery surrounding it and to have confirmed that it really exists. Judging by the number of the sheet at the bottom right there were probably 10000 of these items so somewhere someone is sitting on a large number of these items unless they have been destroyed since 2017. 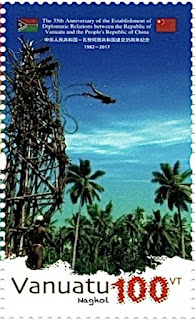 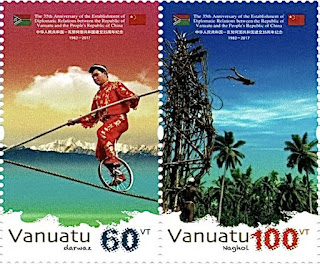 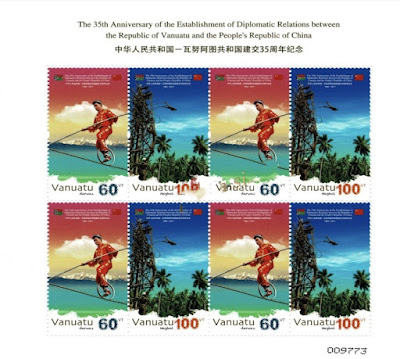 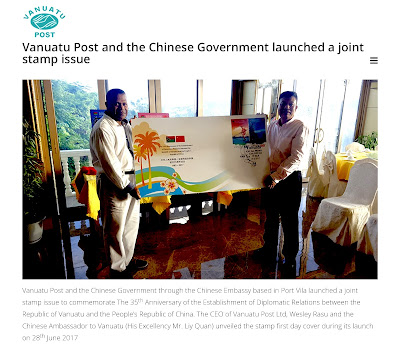