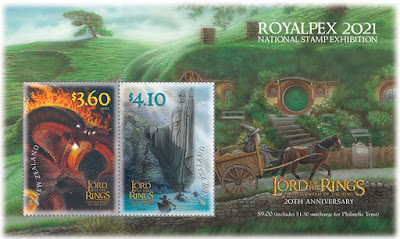 Of course the stamps give no obvious credit to the Englishman JRR Tolkien who lived as a boy and youth in Birmingham, the great English industrial city which will host the Commonwealth Games next year, and then in Oxford where he was Professor of Anglo-Saxon and where he wrote his monumental books thereby creating a whole new mythology wherein the English Midlands became Middle Earth, the industrial furnaces of Birmingham and the Black Country conjured up the land of Mordor, Sare Hole Mill and Moseley Bog in Birmingham became The Shire, the Anglo Saxons were the men of middle earth and the Celts were the Elves. As a young man he often visited his future wife who lived on the edge of south west Birmingham and where many residents of the Kings Norton area had the peculiarly local name Hobbis which is perhaps more than coincidentally close to the name he gave to the creatures, the Hobbits, who populated his books (and of course Jackson’s movies).

But back to the New Zealand Post view of things - there will be 6 stamps and 6 miniature sheets each containing one of the stamps and in addition 2 of the stamps will find their way into another miniature sheet to be released on 10 September 2021 to commemorate the Royalpex 2021 National Philatelic Exhibition (illustrated above).The products were designed by Sacha Lees and lithographed by Southern Colour Print and are perforated 14.5 x 14. Rating:- *. 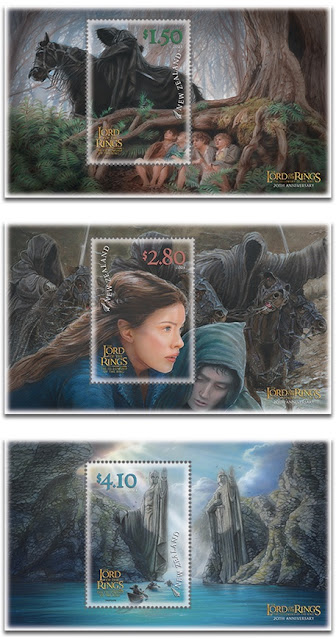 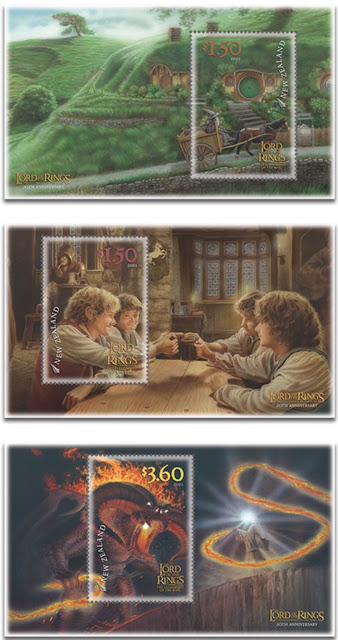 🇳🇿 New Zealand Post will also issue 4 stamps and 1 miniature sheet containing the 4 stamps inscribed Ross Dependency on 1 September 2021 on the subject of ‘Megafauna’. The issue was designed by Helcia Berryman of Mopsy Creative and lithographed by Southern Colour Print and the stamps are perforated 13.5. Rating:- ***. 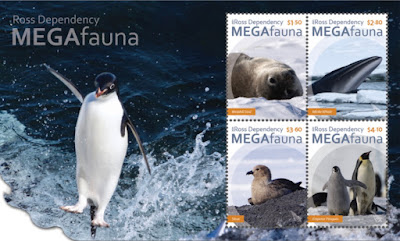 🇸🇬 In Blog 1922 I mentioned the set of 10 stamps issued by Singapore Post on 6 August 2021 to commemorate the Frontline Heroes of the COVID-19 pandemic but failed to mention the accompanying single stamp miniature sheet which is now depicted below:- 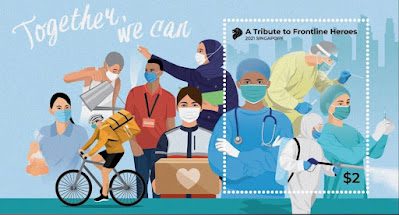 Australia Post issued the 17th stamp of its Tokyo Olympic Games medal winners series on 7 August 2021 and commemorated the victory of Tom Green and Jean Van Der Westhuyzen in the Canoe sprint Men’s K2 1000m event which was actually the 16th gold medal won by the Australian team. As usual it was issued in a sheetlet of 10. Rating:- ***.

The Australian team won a total of 17 gold medals so there are no more stamps to be released but Australia Post usually issues a sheetlet containing all medal winner stamps so such an item may be expected shortly. The Australian team came a respectable sixth in the overall medal table behind The United States, China, the host country Japan, Great Britain whose team won 21 gold medals, and a team made up of those Russian athletes who were not known to have been involved in drug taking. 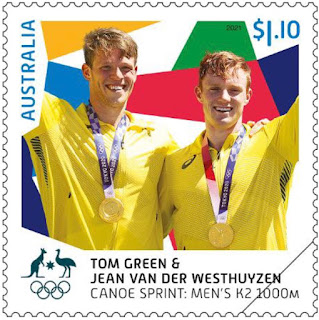 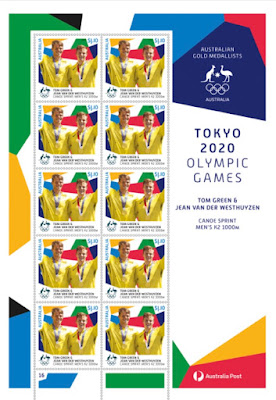 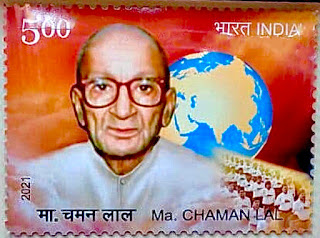