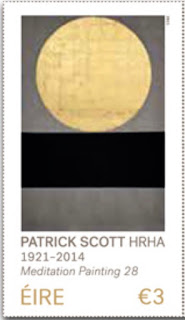 🇮🇪 An Post, the postal service of the Republic of Ireland, issued a single stamp in an unusual presentation on 21 January 2021 to commemorate the Birth centenary of the Irish artist Patrick Scott who was born in Kilbrittain in County Cork. The stamp depicts his work Meditation Painting 28 and has a face value of €3 but is issued in a format whereby 2 of the stamps are separated by a valueless label depicting the painting Gold Painting 21 at the price of €7 (thereby paying €1 above face value though the item, described as a miniature sheet though it does not look like one from the publicity photographs, is sold in a “premium grey folder and sealed with an attractive gold seal”).

The item was designed by Oonagh Young and lithographed with cold silver foil and matt varnish by Enschedé. Rating:- ***.

🇬🇮 The Royal Gibraltar Post Office will issue a pair of stamps on 30 January 2021 to commemorate the Chinese New Year, The Year of the Ox. The face value of the pair amounts to a wholly unnecessary £6.40p especially as the subject matter is is of trifling relevance to the territory. Rating:- 0. 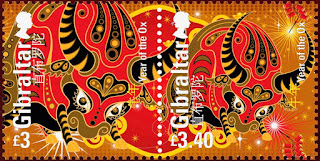 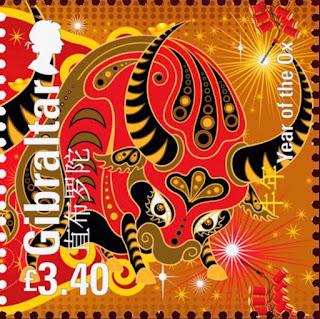 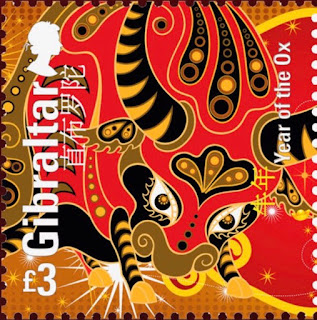 🇮🇲 The Isle Of Man Post Office will issue a set of 6 stamps on 26 February 2021 to commemorate the 95th Birthday of Queen Elizabeth II. The set costs £8.77p and was designed by Andrew Robinson and lithographed by Cartor and is perforated 13. Rating:- **.

If you’ve a further £45 to spend Isle Of Man Post Office will be delighted to sell you the Chinese New Year sheetlet of 20 triangular stamps in an imperforate state.The item was issued on 7 January 2021 along with the perforated version but is, of course, in a limited edition of 100. And just to prove it’s real there is an accompanying Certificate of Authenticity. Rating:- 0. 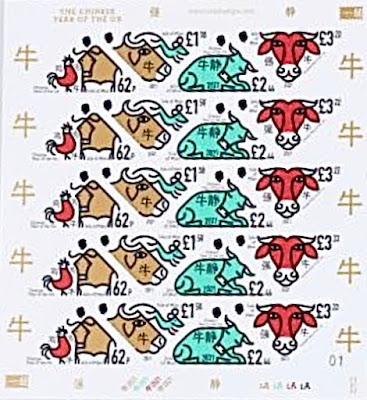 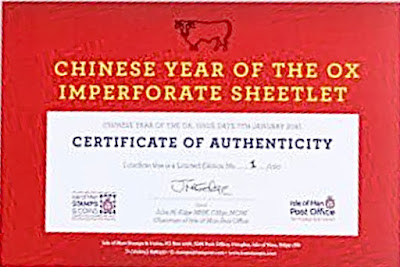