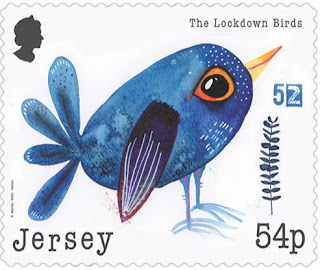 🇯🇪 Jersey Post has come up with a whimsical approach to the COVID-19 theme which has resulted in a set of 8 stamps needing to be issued on 1 March 2021. The title of the issue notes the ‘lockdown’ which has shut down the island for a sustained period as a means of preventing the rampant coronavirus from spreading among the island’s residents. One Jersey resident, Berni Martin of St Brelade, resolved to pass the period of enforced isolation by painting a fanciful picture of a bird each day for 100 days and some of the results of her labours are used as designs for the new stamps which are at least an original and cheerful approach to the philatelic commemoration of this gruelling period in our modern history which has yet to see its endgame. The issue’s title is ‘Flockdown’. The stamps are self-adhesive and were lithographed by Cartor. Rating:- ***. 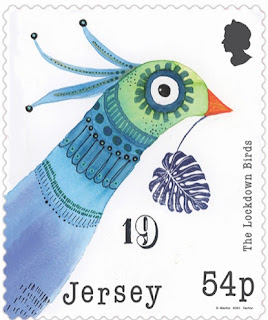 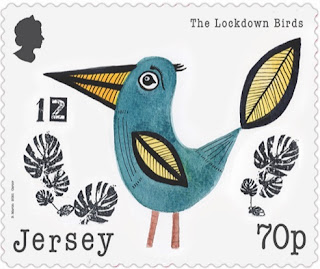 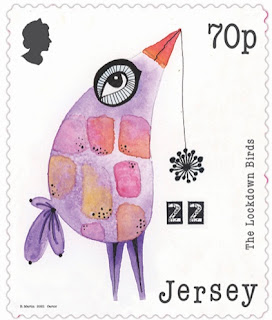 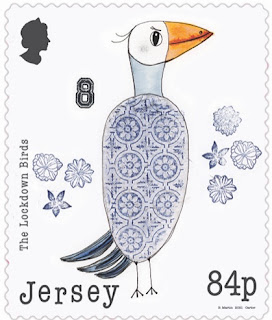 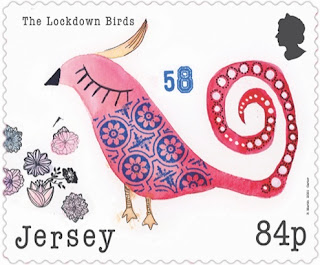 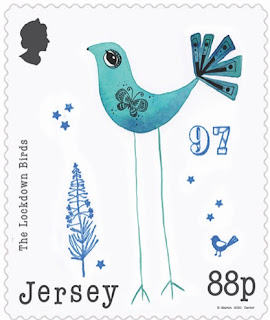 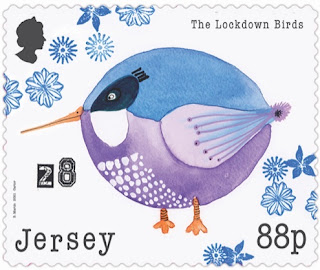 🇨🇦 In Blog 1806 I illustrated the sheetlet of 12 stamps due to be released by Canada Post on 15 January 2021 to mark the end of its Lunar new year series. The stamps will also be issued in self-adhesive format in booklets of 12 as depicted below and the 12 accompanying miniature sheets will be rereleased in a ‘press sheet’ which must be an enormous item for which I can find no use at all. I mean, what do you do with the things when you’ve spent a lot of money on them? 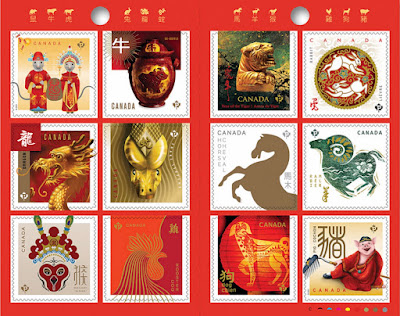 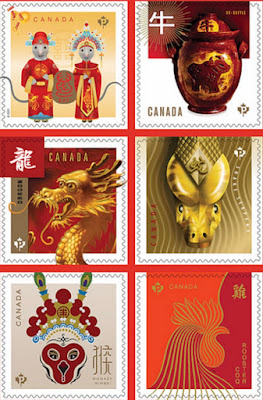 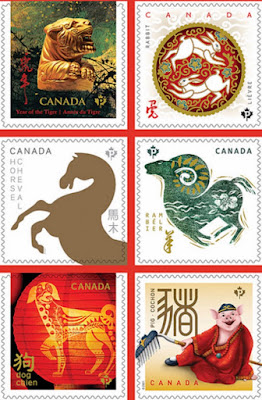 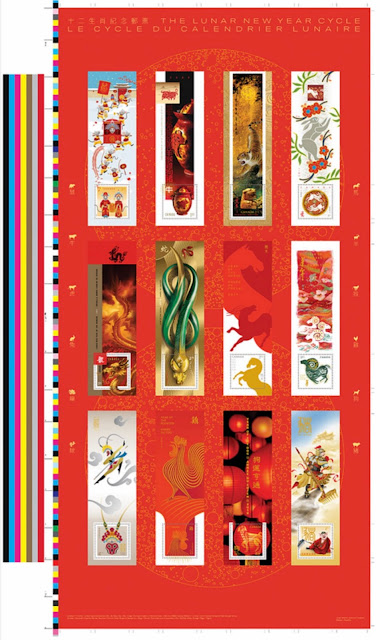 🇮🇪 An Post, the postal service of the Irish Republic has released details of its planned new stamp issues for 2021:- 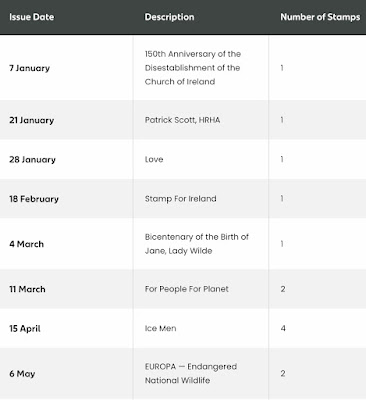 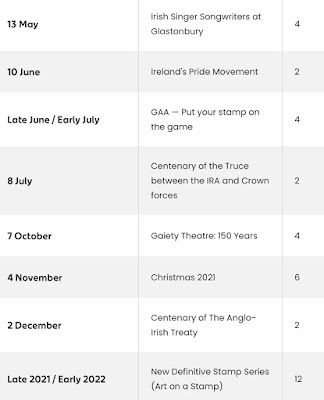