1472. 🇬🇧 Yes, There Will Be England Winners Stamps! 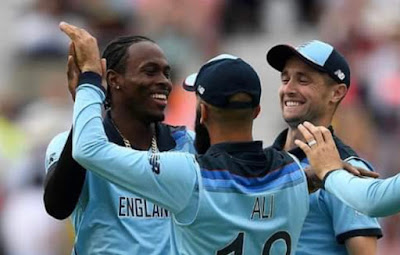 🇬🇧 Yes, Royal Mail will release stamps to commemorate the English team’s historic and astonishing victory over New Zealand in the Cricket World Cup at Lord’s yesterday. The issue will take the form of a miniature sheet containing 4 different stamps and there will be a second miniature sheet containing another 4 stamps to belatedly celebrate the victory of the England Women’s team in 2017 (well they couldn’t celebrate the men’s victory without commemorating the women’s success could they?)
Each sheet will contain 2 x 1st Class rate stamps and 2 x £1.60p stamps.  The stamps will go on sale ‘from later in the summer’.
Royal Mail will also celebrate the victories by arranging for postboxes situated at the various cricket grounds which hosted the competition to be painted white and gold. Additionally two other postboxes will be similarly treated - those situated at locations of special meaning to the captains of the two teams - Eoin Morgan and Heather Knight. The postboxes will retain the special decorations for a period of 3 months.
A commemorative postmark noting the English team’s success will be introduced on Wednesday 17 July.
All this sounds like good news. Well done Royal Mail!
See Blog 1471. 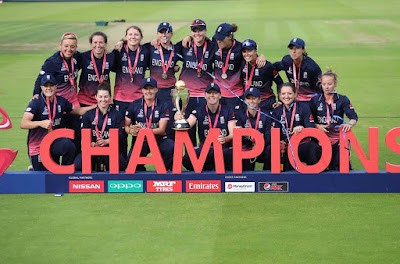