🇰🇳 Have you seen these stamps? About 3 years ago I mentioned a set of stamps which was reported in the press in St Kitts And Taiwan which was donated by the latter to the former to commemorate the 30th anniversary of the establishment of diplomatic relations between the two countries. The articles suggested that the issue was to have been released in St Kitts in late January or during February 2014. The reports said that the set was made up of 8 stamps and showed scenes in the two countries.
I have been looking out for this issue ever since but have never seen it being offered for sale by any dealers including internet dealers. What has happened to it?
Despite the fact that it was reported that the set was made up of 8 stamps I have found illustrations of 10 stamps but it may be that some of them are to be found in an accompanying miniature sheet or miniature sheets.
On rereading the press reports of 2014 I noticed that only 300 sets had been handed over to the St Kitts postal service. This is clearly a trivial number and in itself may explain why the issue has not found its way on to the philatelic market. Another problem might have been that St Kitts' philatelic agent is the Beijing and New York based IGPC which has heavy connections with The People's Republic Of China and for that reason may not have been able to, or be prepared to, present the issue to the philatelic market. originating as it did from The Republic Of China.
The face values of the stamps are very low so they may have received local usage and have been rapidly used up for purely postal purposes but I haven't seen any covers with any of the stamps attached to them being offered for sale.
Given the limited number of sets it may be that these items were merely intended to be given as presentation items to local dignatories or perhaps the stamps were accepted by the St Kitts authorities and then never put on sale. To me it's all a great mystery. Is there anyone out there who knows whether these items were actually issued by the St Kitts Post Office and is there anyone who has actually seen a set or even a single stamp? 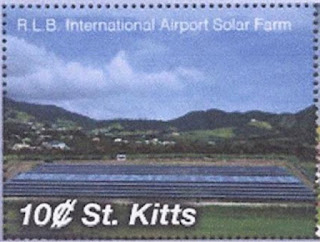 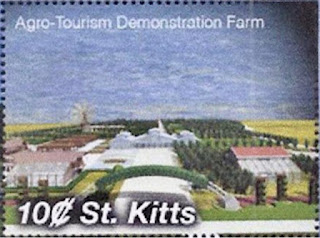 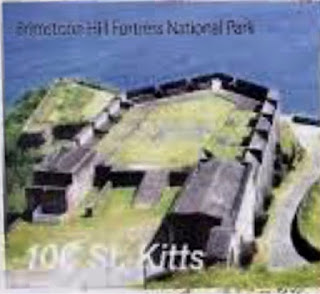 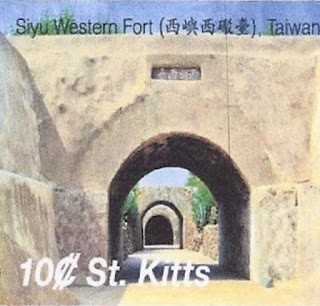 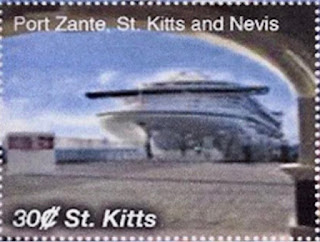 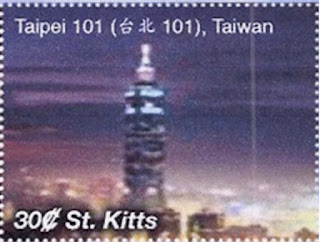 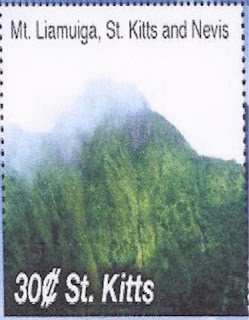 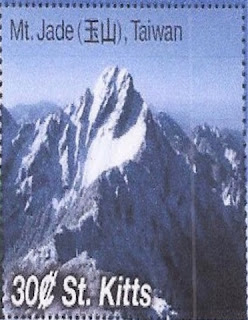 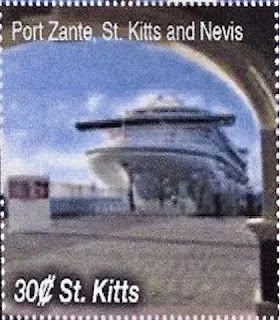 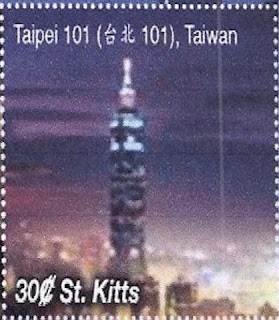 🇧🇩 Bangladesh Post issued a set of 4 stamps in a se-tenant block together with 2 miniature sheets on 14 June 2018 to commemorate the FIFA World Cup Football Finals being held in Russia at present. The designs are not particularly inspired. I do not yet know the precise date of issue. Rating:- **. 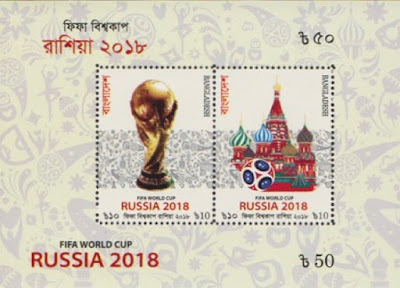 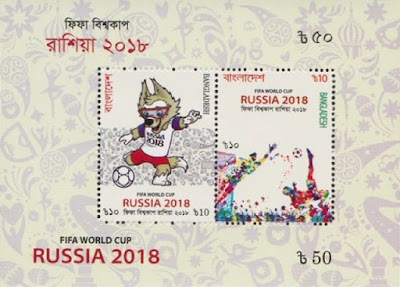 🇮🇳 India Post issued a single stamp on 17 June 2018 to commemorate the Centenary of Dakshina Bharat Hindi Prachar Sabha, Madras which was established by Mahatma Gandhi with the aim of propagating Hindi in the southern states of India. The first Pracharak was Mahatma Gandhi's son, Devadoss Gandhi. Rating:- **. 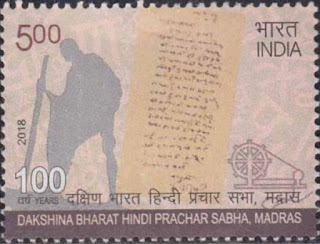