🇯🇪 I often complain about the excessively large number of stamp issues released by Jersey Post and rarely add any of them to my own collection - there's just too many of them - but here's a new issue which actually seems to be worthwhile and, at the same time, illustrates very nicely how the links between Commonwealth states work in this modern world.
Jersey Post will issue a set of 6 stamps on 12 July 2018 to commemorate the 50th anniversary of Jersey Overseas Aid, a worthy commemoration with the stamp designs depicting aid to various countries, most of which are Commonwealth members or, in the case of South Sudan, an applicant for membership. I like this set very much. Rating:- *****.
I particularly like the 50p stamp in which a Jersey cow has managed to find its way to Rwanda which is where it is depicted on the stamp. 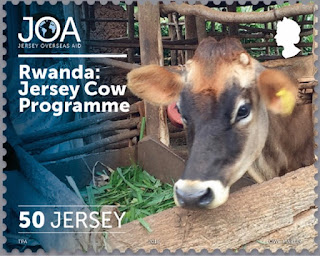 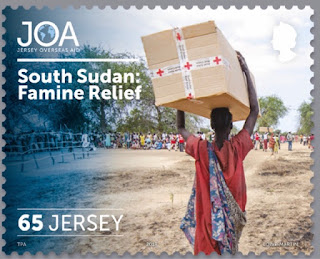 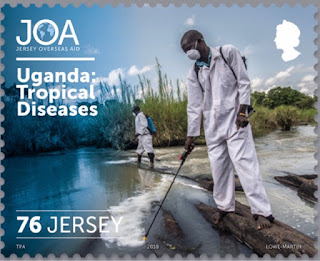 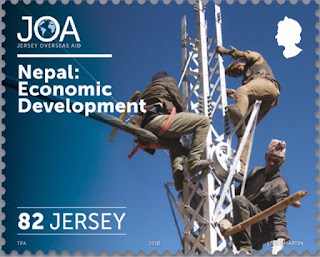 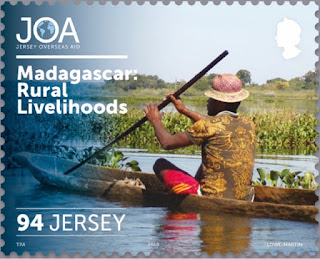 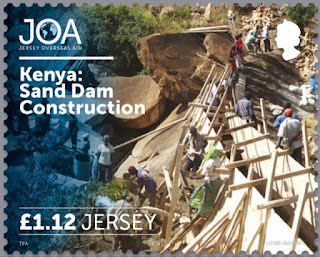 🇳🇦 Nam Post, the postal service of Namibia, issued 5 stamps on 18 May 2018 on the subject of Francolins and spurfowl of Namibia. The excellent designs are by the marvellous artist Helge Denker who has designed so many of Nam Post's wonderful stamps over the years. Rating:- *****. 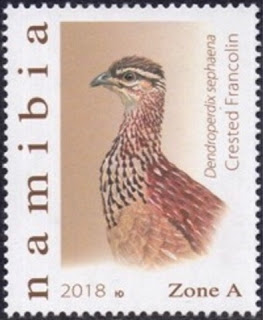 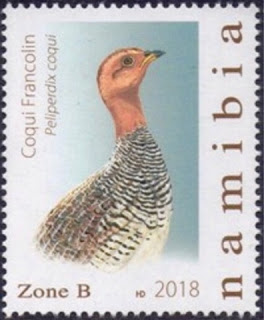 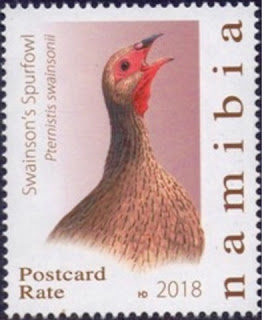 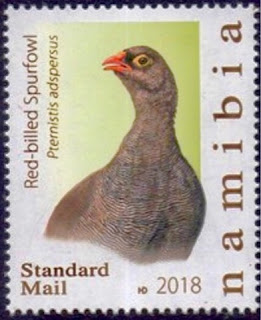 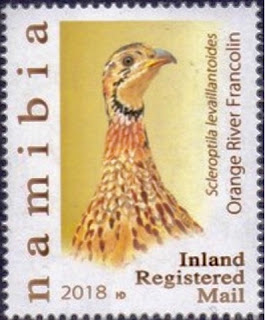 The EU value depicts a train crossing Ballure Viaduct and therefore serves as the Isle Of Man's contribution to this year's Europa omnibus Issue, the subject of which is 'Bridges', even though the design is a bit tentative to say the least.
The issue will be released on 30 June 2018. 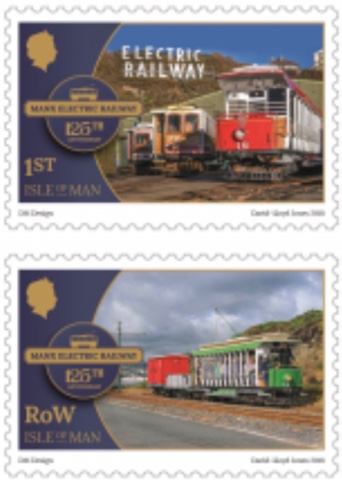 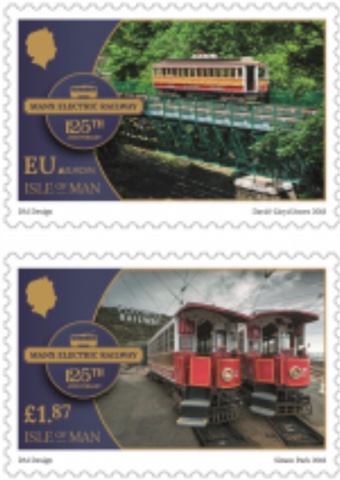 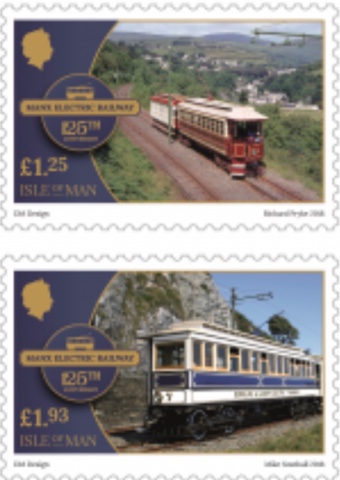 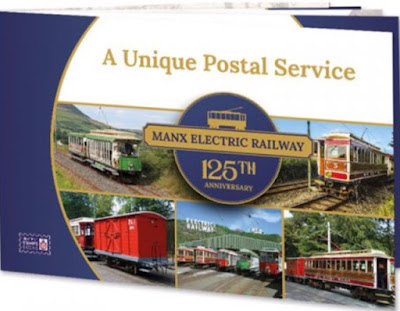 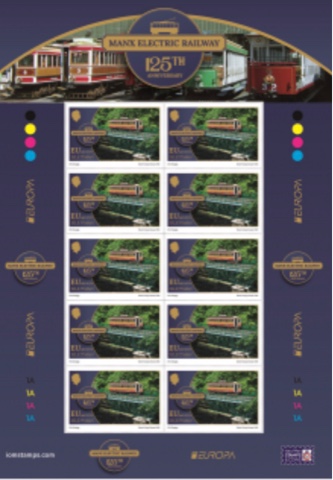