466. Scotland Says No To Independence. 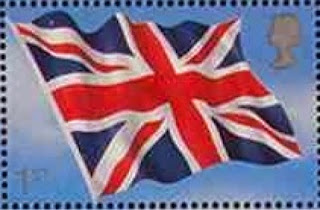 The eventual philatelic implications of the vote by the majority of Scots to reject the establishment of Scotland as an independent state will become apparent as the months go by. The major British political parties have promised more internal self-rule for the Scots and it may be that Royal Mail will decide to follow suit and have a new issue stamp programme entirely for Scotland whereby not only are definitive stamps released but also a full programme of commemoratives. 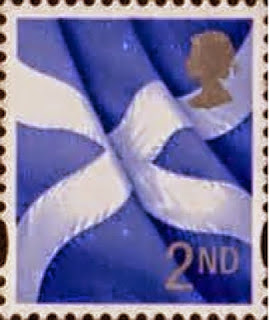 Presumably, if Scotland were to get its own individual philatelic new issue programme the other countries of The United Kingdom - England, Northern Ireland and Wales - would have to be treated equally and so collectors might well find themselves facing 4 new countries to collect and Royal Mail might have a massive new potential source of philatelic income.
I am a little hesitant to to admit that I rather like the idea of England, Northern Ireland, Scotland and Wales all having their own individual places in my Commonwealth collection and perhaps, with 4 times the potential new issues as now, Royal Mail could cut out some of the excess issues so that each country issued just 6 new sets per year per country - which actually amounts to a greater total of issues (and financial income) than Royal Mail has now but the issues that did appear would have more meaning and significance.
I like the idea of a British Isles omnibus - say, 4 sets of stamps issued in one year each on the subject of wildlife for instance - so we would have a set of Scottish wildlife, wildlife of Wales, Northern Irish wildlife and an accompanying set of Englush wildlife. The other philatelic entities of The British and Channel Isles (and even Gibraltar) could also join in - the wildlife of Jersey, Guernsey, Alderney and Isle Of Man. I could see that this new individualisation of stamp issues to the various British nations might actually attract much-needed new collectors.
I expect that if Scotland is to have more home rule then there will doubtless be a call for more Scottish stamps as part of the establishment of a more independent Scottish image and so while the Scots have rejected full political independence I expect to see philatelic consequences which may restore interest in stamp collecting in the general public of The British Isles.