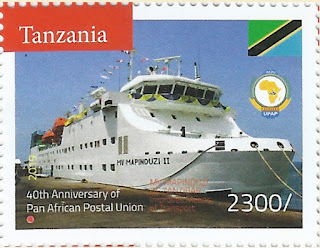 🇹🇿 In Blog 1585 I mentioned that collectors should look out for new stamp issues from various African postal administrations to commemorate the 40th of the Pan-African Postal Union (PAPU) and especially an issue from Tanzania Posts Corporation which was the host postal service at the meeting of the organisation held in Arusha from 17 to 19 January 2020. Well, it appears that Tanzania Post Corporation has indeed released such an issue and the issue appears to be made up of 2 stamps and 1 miniature sheet. The issue has a low face value and takes the form of a 900/- value (regrettably the illustration here of a block of 4 is rather poor) depicting Tanzania Posts Corporation transport, a 2300/- value (“Mv Mapinduzi of Zanzibar Improves Transport”) and a 2300/- miniature sheet (“Air Tanzania Energize Route”). The issue was lithographed by Oriental Security Printing Solutions Bahrain. Rating:- *****. 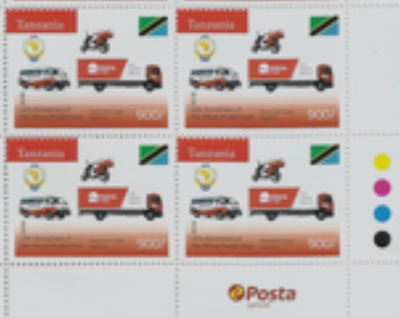 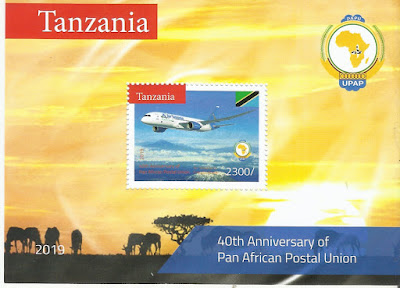 🇪🇬 While I’m on the subject of the PAPU anniversary I mention that the postal service of Egypt ‘unveiled’ a single stamp on 18 January 2020 to commemorate the 40th year of the organisation. Will some Commonwealth postal services follow Tanzania’s and Egypt’s precedent? I would not be surprised to see more such issues. 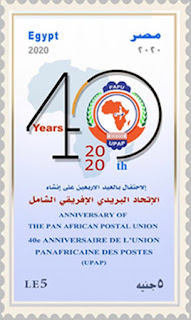 🇳🇿 It is reported that New Zealand Post intends to release the following issues during 2020:-