🇺🇸 Following on from my spoof announcement of special stamps to commemorate the birth of the first child of The Duke and Duchess of Sussex with the use of every clichéd superlative available in the accompanying description of the ‘stamps’ (see Blogs 1435 and 1436) the sluice gates have now begun to open with the ‘internationally acclaimed IGPC Art Department’ bringing forth its first miniature sheet on the subject accompanied, as we did indeed predict, by an announcement of its release using many of the hyperboles that we expected. The first issue is in fact released not in the name of a Commonwealth philatelic entity but instead in the name of The Marshall Islands which has never had any link with the British royal family. Nevertheless we can be sure that there will be more to follow and the announcement is depicted below to give everyone a good laugh and cheer us all up. 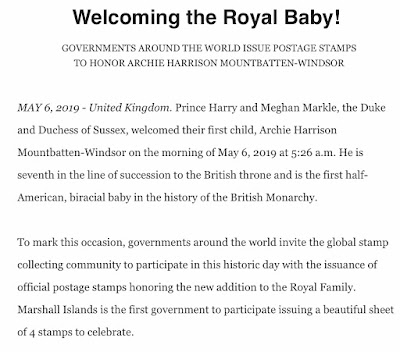 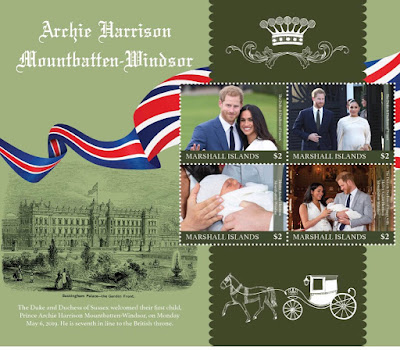 🇯🇪 The really sad point about the new issues of Jersey Post is that they are generally excellent in the quality of their designs and production but there are far too many of them. Thus the latest new issue from Jersey Post is very interesting and attractive but I will not buy it because the company issues unreasonably large numbers of stamps per year which made me decide, as I have with the issues of a number of postal services, that I would only buy new issues from the island that actually commemorated significant local events and anniversaries and this issue does not fall into that category.
The set of 6 stamps to be released on 11 June 2019 is on the subject of local architecture and concentrates on Hamptonne House. Additionally one value serves as Jersey Post’s contribution to this year’s Sepac omnibus. The set was designed by John Walsom and was printed in lithography. Rating:- **. 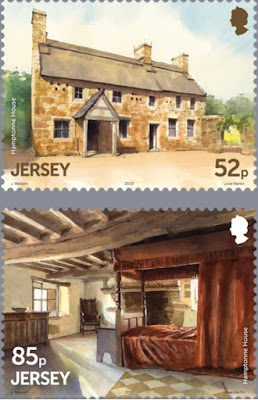 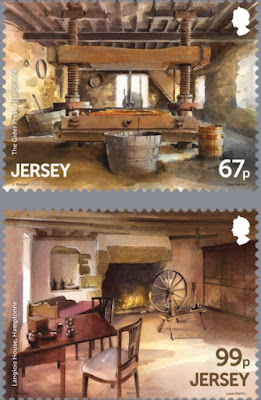 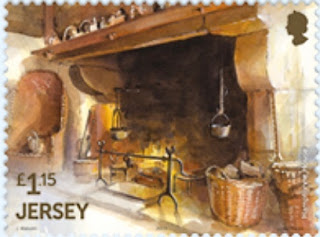 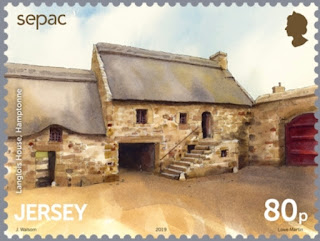