🇮🇲 It does not seem that philatelic agencies or postal services can make enough money out of stamp collectors or people who are not collectors but who buy stamps for a special reason without the constant need to add more and more items to a special issue. Hence we have a profusion of miniature sheets, Prestige booklets, Post and Go stamps, Collectors sheets, counter booklets, My Stamp sheets and so on and so on and so on. These have their fashionable moments  but like a poor player they strut and fret their hour upon the stage and then are lost forever. Or not as the case may be for sadly most of these fashions linger on with increasingly high face values and in limited editions made up of increasingly decreasing numbers of items printed. As the long dead fashions lose appeal to collectors so philatelic services persist with them in the hope of scraping out at least a small profit from what are really dead ducks. The British offshore islands are particularly guilty of this.
So The Isle Of Man Postal Service plans to add more stamp items to their announced special issues some of which are in the inevitable ‘limited editions’ and sold at a premium.
The 8 stamps planned for release on 22 April 2018 to commemorate the 75th anniversary of the D Day Landings and already costing £8.14p and reusing designs employed on a previous issue are to be accompanied by a Collectors sheet also sold for £8.14p and the set of eight intended for release on 29 April 2019 to commemorate the 50th anniversary of the First Manned Lunar Landing will be accompanied by a four-pane Prestige booklet to be sold for £16.28p and another tiresome Collectors sheet to be sold for £10.25p. Rating for all three of these items is:- 0.
In case you think these items especially when they are in limited editions are of great investment potential and worth buying for that reason alone you might note that the Isle Of Man Post Office is still trying to unload Collectors sheets from 10 years ago which it issued to commemorate the 40th anniversary of the First manned lunar landing and it is trying to take £20 off collectors for the privilege of buying 10 year old surplus stock. As always, caveat emptor. 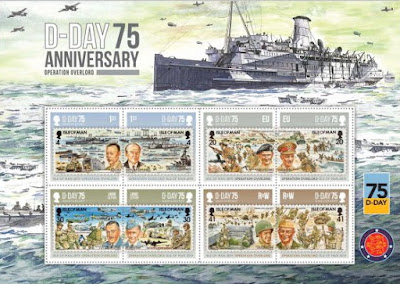 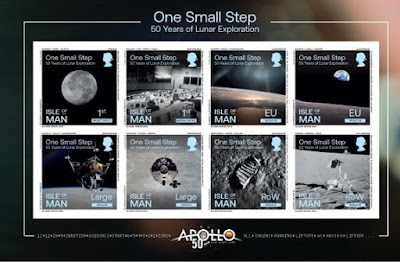 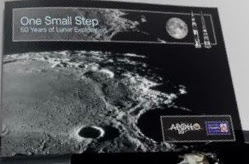 🇯🇪 Jersey Post will issue a set of 6 stamps and 1 miniature sheet on 24 May 2019 to commemorate the Bicentenary of the Birth of Queen Victoria. The stamps depict various portraits of the queen at different times of her life and are similar to those which will be released by Royal Mail. The miniature sheet design depicts a portrait of Victoria by Franz Xavier Winterhalter, a copy of which is to be seen in the great hall of Victoria College in Jersey. A pleasingly colourful and interesting set. Rating:- *****. 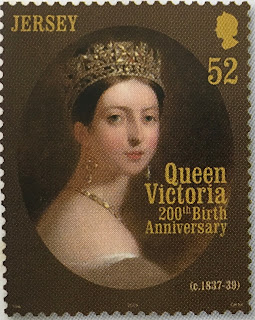 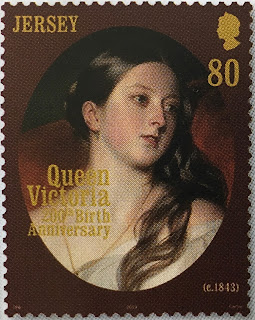 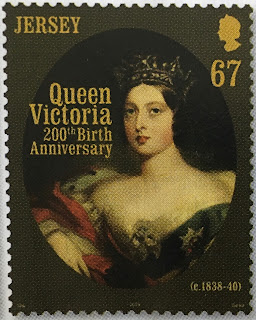 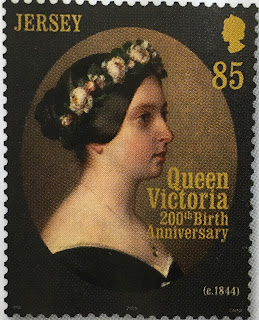 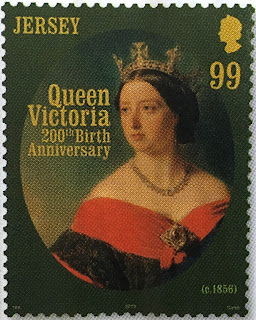 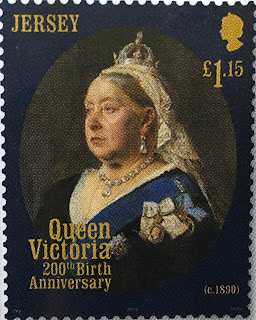 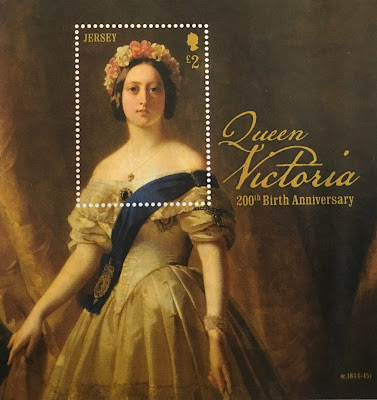