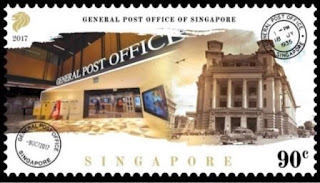 🇸🇬 Singapore Post will issue a set of 4 stamps on 9 October 2017 to commemorate the opening of the new General Post Office at SingPost Centre. The colourful and interesting issue was designed by Wong Wui Kong and lithographed by Secura and perforated 13. Rating:- *****. 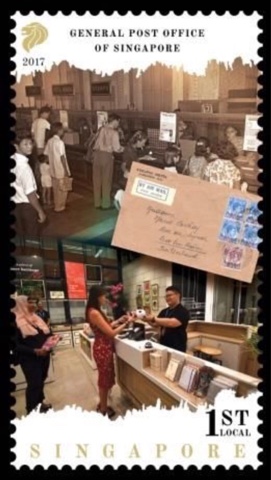 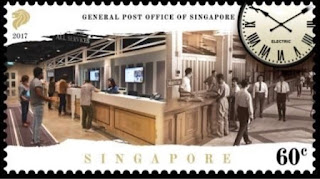 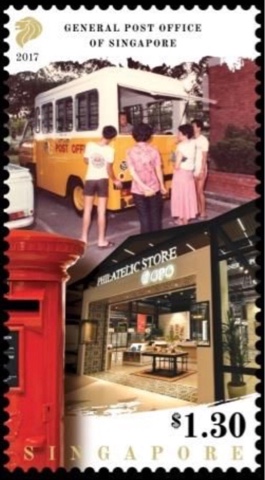 🇲🇹 MaltaPost will issue a set of 3 stamps on 29 September 2017 as the fifth part of its "Maritime Malta" series. The stamps depict models of square-rigged sailing vessels dating back to when the island was ruled by the Order of The Knights of St. John. Photographs were taken by and used for the designs by Sean Cini and the stamps were lithographed by Printex and perforated 14. Not the most exciting of Ship stamp designs, I think, and the face value is rather high. Rating:- **. 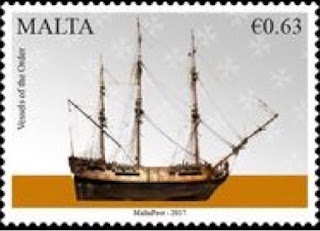 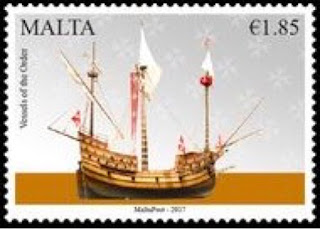 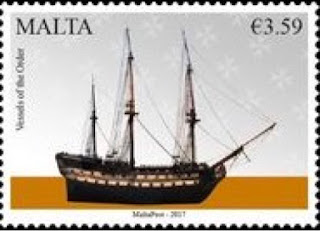 🇨🇦 Canada Post's seemingly interminable series of ice hockey issues continues with the release on 28 September 2017 of a set of 6 self-adhesive stamps issued in a booklet along with a miniature sheet containing all 6 stamps and 6 single stamp miniature sheets contained in individual foil packs similar to those we have seen in previous years. The issue, titled "Canadian Hockey Legends", was designed by Avi Dunkelman and Joseph Gault (MIX Design Group) and printed in lithography. Rating:- **. 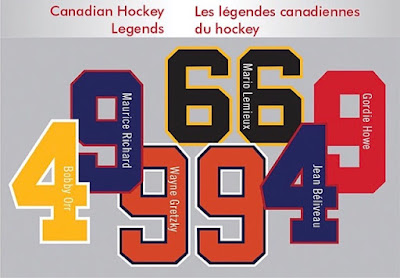 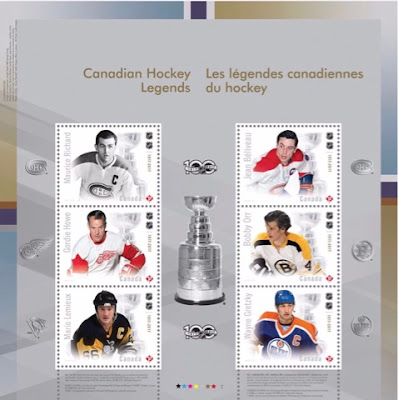 🇸🇧 Stamperija has announced that it has released some more paraphilatelic products with the name of a Commonwealth country printed on them, this time It is Solomon Islands. There are 13 sheetlets each containing 4 different "stamps" and 13 accompanying miniature sheets. The subjects depicted on the stamps are:- Christmas, Hornbills, Turtles, Butterflies, Owls, Prehistoric water animals, Shells, Lighthouses, Minerals, Mushrooms, Dogs, Bats of the world and Reef fishes. Rating:- 0. 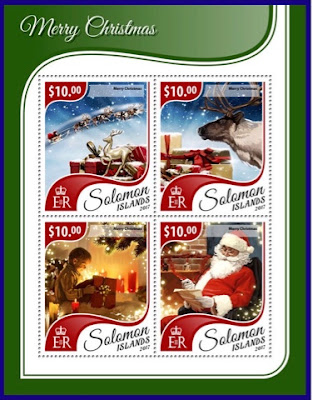 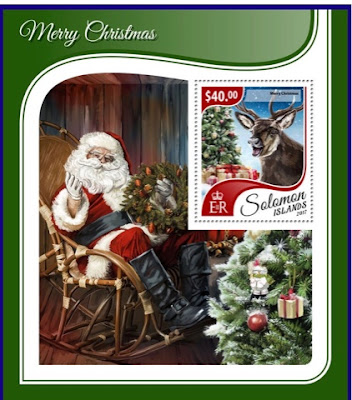